What Makes an Anime Good? 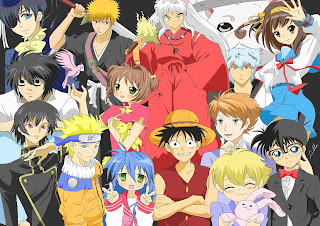 What makes an anime good? Why do numerous anime receive high ratings, while others do not? Do ratings actually matter? Well, let me give you my opinion.

Anime being good is relative to the viewer themselves. Yes, there may be certain codes or rules that people may follow when it comes anime. (We even have our friend My Anime List, when it comes to those types of things.) However, I feel anime is good if you enjoy it.

People also seem to forget that no matter how much you dislike something, there's someone out there who feels the exact opposite. You shouldn't force someone to like an anime, or ridicule them for finding something enjoyable. How would you feel if the same happened to you? 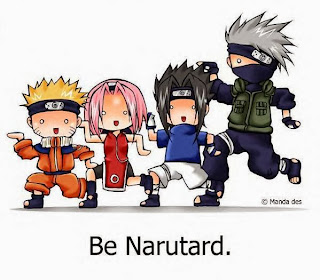 Aside from this, the problem continues on the other side of the coin. With popular anime generating hate from a large number of people. Whether it be the fans, the quality of the anime, or the fact that it's "popular" it will definitely get hate. Just because an anime is viewed by many doesn't make it bad, it's popular for a reason. An example of such would be Naruto. Yes, some of the fans may not be the best people in the world, and the anime is extremely popular, but that shouldn't stop you from enjoying it.

For some reason, I just can't seem to understand this part of anime. Why do we criticize different animes? Why do we turn to reviewers to form opinions for us?

Imagine viewing artwork at a museum. There are some that give you the background of an artist, and a description of the art, providing the exact meaning behind the details and symbols. So what's wrong about this?

Well, by reading and accepting this, you lose the power to form your own opinion about things. They already told you what the artist meant behind the painting and it's history. So you already know what to expect. You can't look at the artwork and say "wow, this could symbolize this, and that!" Which is what I believe artwork should be, something that can be interpreted in different ways by a variety of people.

The same applies to anime. By immersing ourselves in countless reviews and such, we lose our opinion on the subject. It's good to listen to criticism, but you have to remember that you, the viewer, also have a voice. This is the major reason why I don't like to do reviews on my blog. Also, it's the reason why I don't believe in rating things with numbers. It's all just my opinion, why should I force it on someone else? I'll examine anime and tell you how much I've enjoyed it, analyze the plot, and such, but never give a solid rating. Why? I don't think anime is something you can just rate. Nothing is definite when it comes to anime, as it's still a form of art after all.

So my advice, don't lose your voice! Like what you want to like, regardless of what people say. Determine what anime is good and what isn't by your own standards, but be respectful of other's opinions.

I'd also like to hear from others and their reasoning behind thinking an anime is good or not. You may agree, you may not, but let your voice be heard!
Anime Editorial Fandom Fiction Naruto Shooting Star Dreamer Thoughts