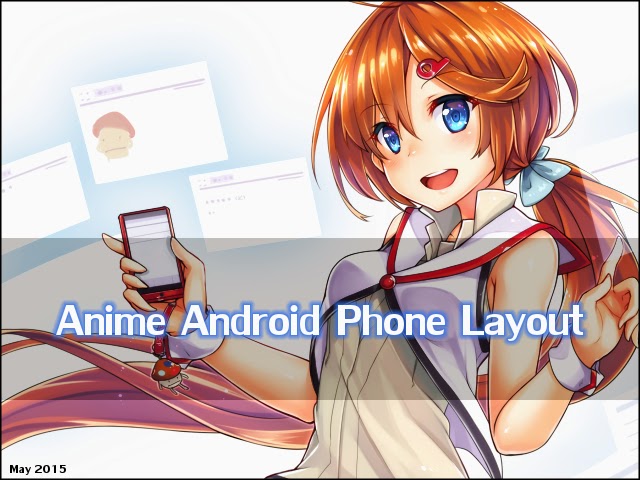 Hello and long time no see everyone! I'm back today with a different post than the usual. This time we'll be focusing on my current phone layout. I do a lot in terms of Graphic Design and Layout Design when it comes to the computer, that I've decided to pursue such hobbies on mobile devices as well. Without further adieu, please take a look at the layout!

This layout features one of my absolute favorite characters when it comes to anime; Gemini Sunrise. She's an optimistic cowgirl from Texas who originates from the game known as Sakura Taisen, or Sakura Wars in the United States. Strangely, I didn't meet her through her normal game, but from another called Project X Zone. Upon playing as her I liked her more than any other character in the series! 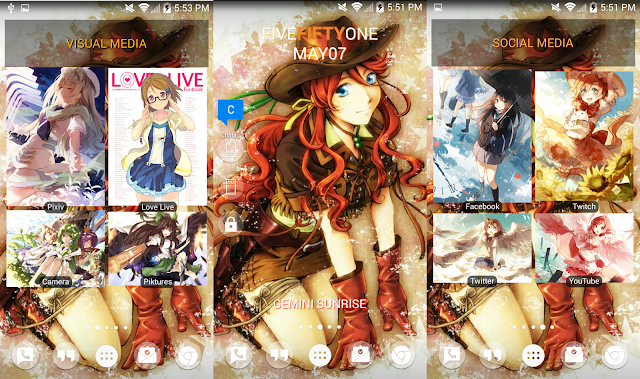 I've always liked using an android device, but sometimes the way apps are positioned is somewhat troublesome. So an idea came to my mind. "What if I make shortcuts that redirect me to the place I need to go without the hassle of a little icon?" Thus, I found a nice little app by the name of Desktop Visualizer, which makes an android more similar to a computer.

This app allows you to transform pieces of a wallpaper, pictures, and text into a shortcut to almost anything. I used it to make shortcuts for my most used applications and it makes using my phone a whole lot easier.

Other than that, I used a minimalist text app in order to make a lite version of a clock for time and titles for each page. I love the way the app reads off the title, because it's easy to tell to anyone else who asks for the time. The Gel Icons used at the bottom were just an added touch. With normal phone use I rarely have to open up the app drawer, because everything I need occupies the main three screens.

This is my first time ever designing something like this, so to some it may seem like amateur work. Despite this, I want to get better at making such layouts and making the phone easier to use for myself and maybe for others in the future.

I hope anyone who is interested in this type of thing can use the resources provided as a way to make their own layout or as an inspiration in design. Any questions are welcome and if you like to see posts like this, let me know and I'll definitely do more. Thank you for viewing!

Focus - Functionality and Ease of Use