The Key to Naruto's Success: Empathy 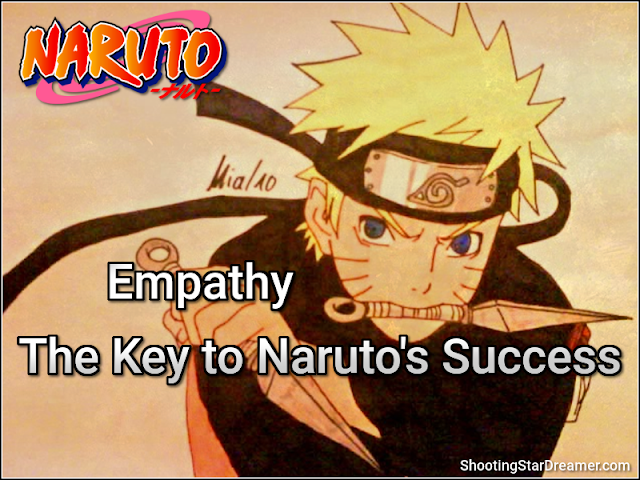 What makes Naruto such a successful person? Many people have examined and discussed his different traits, his personality, and even the values instilled into him. Yet, I think that while we're looking at the core of Naruto's character, we've forgotten something really important.

Naruto, has the ability to understand others and their feelings. He can sense the malice of his enemies and the pain of others. Naruto can understand exactly what they went through and relate, enough to become friends with the people he once called foes. While this seems very simple and straightforward, I feel this sort of understanding isn't a normal thing that everyone has. 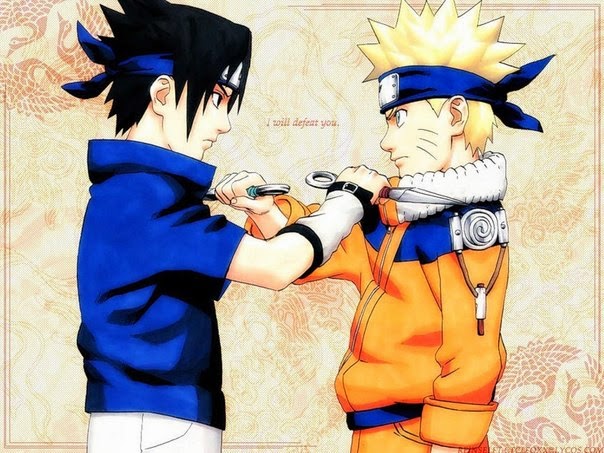 First, let's take a look at empathy. Most of us probably know exactly what sympathy is, when we feel sorry for someone else due to their problems. Empathy is a little different; it can be described as literally feeling other's pain or emotions.

While Naruto possesses sympathy, I feel he also has empathy. Sasuke, Naruto's life-long rival, also appears to possess some sort of empathy surprisingly. I think this contributes to the fact why Sasuke and Naruto are so similar, yet also very different. Having empathy for others can be a sorrowful curse or a beneficial power. By digging deeper, the comparison will be more clear.

I'm sure many would be surprised that Sasuke, the cool and collected individual has empathy. The answer is yes, he definitely does. Naruto and Sasuke both ended up hating the village. Naruto never had the chance to meet his parents, and was forced to carry around the Nine Tails within his body. Many of the villagers were hurt physically and emotionally from the demon's attack, thus creating hatred inside of them.

However, the Nine Tails is no longer free, but there was absolutely no one to blame for the pain caused. Therefore, the victim became Naruto, the closest thing to the sealed fox. Naruto, even at the mere age of a child has some sort of empathy, as we can assume that the hatred he received from the villagers bounced back. He felt their hate and negative feelings for him, therefore he had no reason to think highly of them.

Sasuke was a little different. He started off with a family and had them taken from him. Itachi Uchiha put on a mask and told Sasuke to hate and grow stronger, these emotions also were absorbed by him and in turn, shaped him into the person he is now. Even though he become reserved, arrogant, and gained a one-track mind, Sasuke deep down was still the old Sasuke. His experiences and the emotions he picked up from others shaped him.

Everything after this point came down to personality. Naruto was able to gain control of his empathy and use it protect his friends and others. Sasuke began to awaken this again, caring more about his comrades and less about revenge. However, with his meeting with Itachi, hatred was again pushed into his heart. Naruto had his moments of doubt, but continued to relate and believe in others, contrary to Sasuke's development. While Sasuke shut off his feelings for others, Naruto increased his. Despite this, Sasuke could not cut his bond with Naruto. 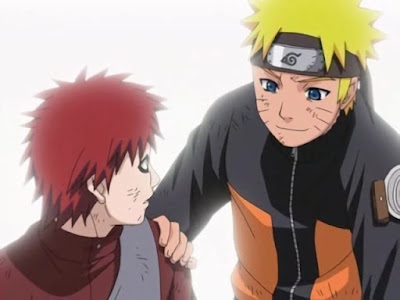 Sasuke takes a dark turn and Naruto takes the lighter path. What makes them different if they're so similar you might? The answer is the way they use their abilities they have been blessed with, and the choices they make. Sasuke and Naruto both have the ability to understand and inspire others. They aren't necessarily natural leaders, but their experiences have allowed them to gain the power to lead.

However, due to Naruto developing the gifts he was blessed with and using them for good, he's never alone. Being able to understand everyone allows anyone to open up to him. He can inspire even the coldest hearts with his compassion. These simple traits are the key to Naruto's success.

Naruto doesn't sacrifice others for the sake of his goals, he brings them with him and still does what he wants. Naruto doesn't look down on the people who are suffering, he understands their pain and helps them improve. The ninja doesn't change himself for anyone, even though he can feel emotions and share them with others. Naruto walks forward and follows what he believes in, but does it with respect for others. I believe these facts, are the reason why Naruto is so successful.
Anime Editorial Empathy Naruto Naruto Uzumaki Success