What is an Otaku?

What is an Otaku? I commonly hear this question being asked among the internet and social gatherings. Well unlike the stereotypes say, an Otaku isn't just a person who never leaves their house. Those normal looking people you see everyday could easily be closet Otaku.

According to Dictionary.com Otaku in Japan are: Young people who are highly skilled in or obsessed with computer technology to the detriment of their social skills.
Hmm, interesting. This is such a generic description. Otaku isn't just dealing with technology, anime, or manga. You can be an Otaku for almost anything. It just means you're obsessed with something. There's train, manga, vocaloid, ramen Otaku. The list can go on. Definitions like this tend to mislead people.

For those who don't know the stereotypical Otaku is similar to the man in this image. I don't know about you guys, but I've never seen anyone walking around looking like this. Maybe because they're at home all day?
To me these labels  are really offensive. They not only provoke stereotypes from those less knowledgeable, but they belittle the small amount of people who actually resemble this man. I've heard many refer to Otaku as useless, mentally ill, and other disgusting insults. Do these people not understand that everyone is different? They are not hurting anyone are they? 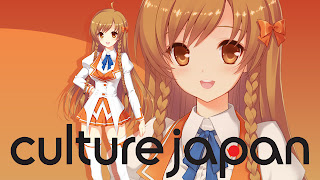 There are many influential Otaku out there. The first name that comes to my head is Danny Choo. He runs his own business, dealing with the things that he loves. He lives in Japan the country that he admired. Not to mention that he's married; what happened to Otaku never reproduce? He's shattered so many stereotypes that it's amazing. If you're anywhere near Otaku or a casual fan, you should know about him.

He's not the only one. There are people just like him doing what they love, while living successfully. They aren't overweight, sweaty, glasses wearing creeps. They aren't social inept beings. They are people, normal people who are just addicted to Japanese Culture. Everyone has some sort of obsession, I think it's normal. So why are Otaku treated like a disease? Everyone in the world is important, their lives aren't useless. Who are we to label others?