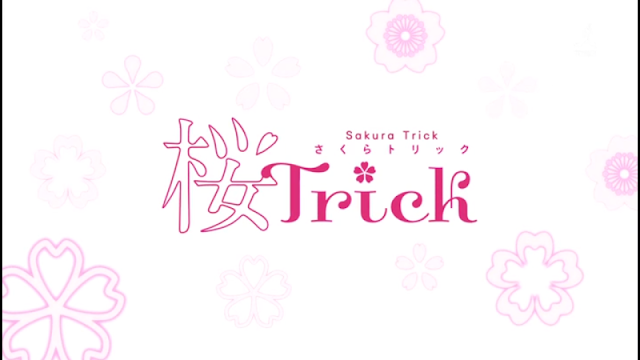 Since tons of new anime is airing, I decided to do introductions to the ones currently on my watch list. If you want a preview of a newer series please keep reading!

If you're not up to date on the story:

"The story revolves around Haruka and Yuu, two girls who go to a high school that is slated to be shut down in three years.
To share something special between them, they share a kiss, and their relationship deepens from that moment onward."

From my first glimpse of the anime, I expected simple Yuri; the kind that isn't in your face, but is subtle and can only be noticed by looking deeply into the plot. However, Sakura Trick proved me wrong. The first episode starts out like a normal anime as our main characters, Haruka and Yuu, get ready for a new school year.

However, as the episode continues the relationship between the two progresses very quickly. Before you know it, they are locked together in a kiss. From then on out other antics occur purposefully or not. We are also introduced to four other characters, who are also paired off like Haruka and Yuu. At this point it's kind of easy to see where the anime is going.

Yet I don't like judging a book from it's cover, so I could be wrong. I look forward to see where this anime will go, as the next episode doesn't put as much emphasis on the main two, so I feel viewers can look forward to more character development of side characters in the future. While the comedy was kind of childish, and the situations are a little unbelievable, it doesn't take away from the anime as a whole. The first episode was great!

If you don't mind Yuri, I recommend watching! 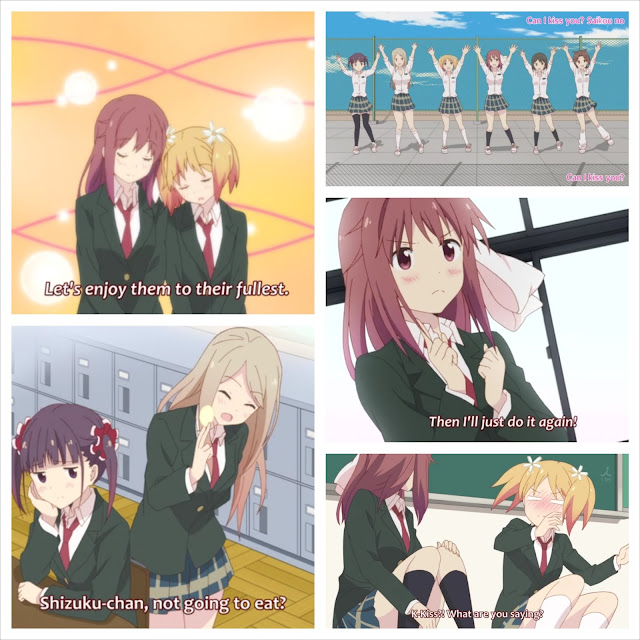 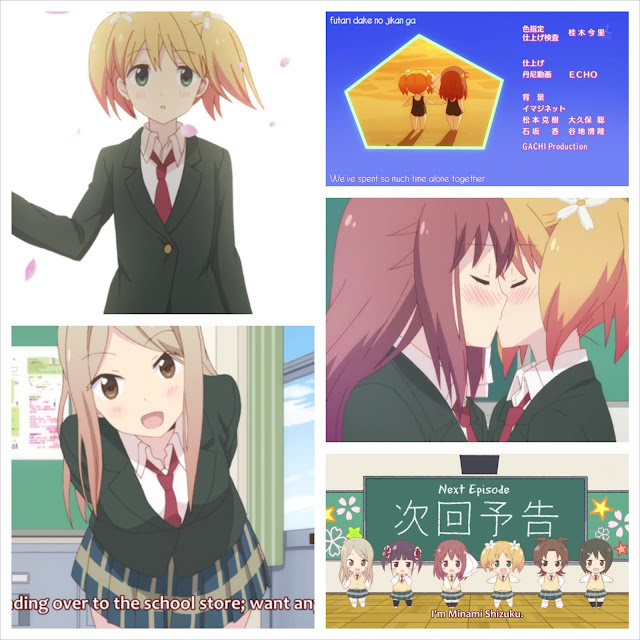