Anime Characters Dare to Be Different 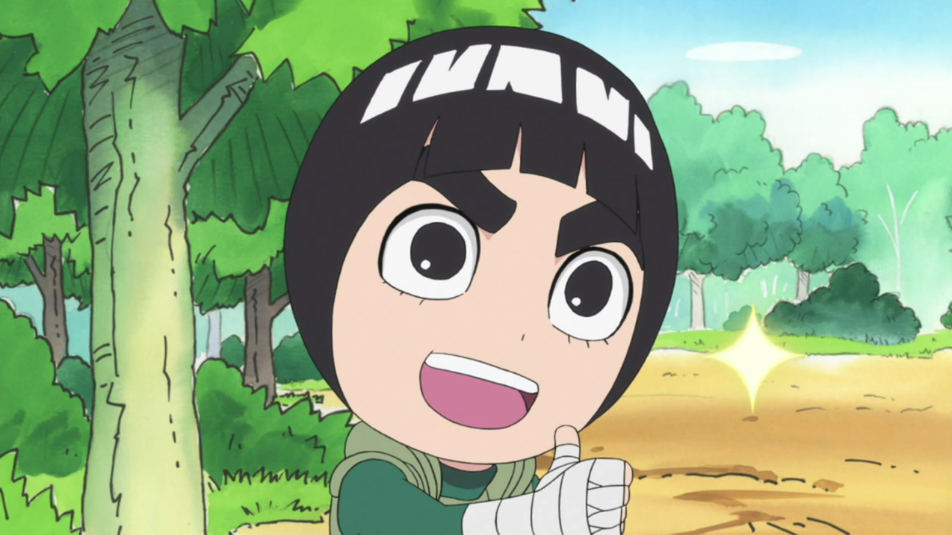 Sometimes we can live in a world where it's easy to follow the crowd. Anime, being a reflection of our own world, embodies this as well. As in most stories or works of fiction, we have a group of central characters, and lesser characters who they interact with. One key trait that most anime characters have in common, is the daring personality to be different. Although this type of personality is inspiring and amazing to see, what does it really mean to the audience who is watching?

We could say that anime is a way to convey thoughts and ideas to people. So naturally, characters may be created in order for viewers to relate to them. Others might serve as a guide or leading force to motivate an audience. With this in mind, we can examine two similarities between anime and the unique traits that the key character possess.

The Characters Stand Out 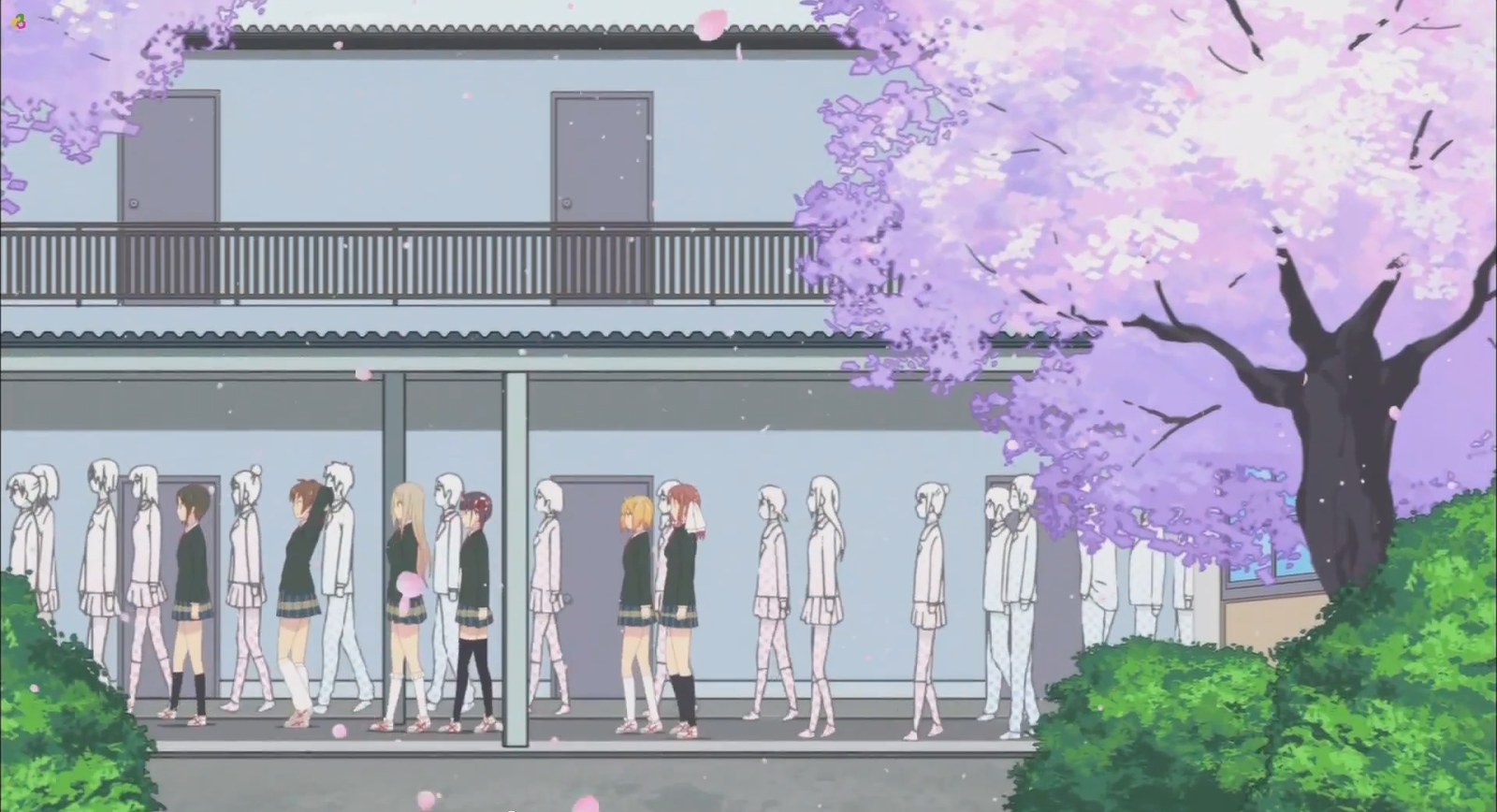 When it comes to almost every anime, the main characters always stand out from the rest. Like the image above, there's usually physical differences between the main cast and the filler characters. We see such people donning unusual hairstyles or eye colors and shapes. They are usually more colorful than their "Average Joe" counterparts, and sometimes they may be the only people in the anime with actual color.

Of course these traits can just be seen as the basics of character creation. Making the main characters stand out is almost a staple rule when it comes to a fictional story. However, we could interpret even more from this simple act. For one, it adds to their personality.

If we exclude the creators from the picture, we could assume that the characters either were born in such a way or they intentionally decided to dress/appear differently. We can then see them as not caring too much about society's views, or being confident enough to be true to their likes. (Which is usually what happens with most characters.)

If we think about the creators, we could also see the different messages their appearance is conveying. Since the lead characters are usually involved in some kind of movement, change, or adventure, anime could be telling us that we have to be true to ourselves in order to get anywhere when it comes to life. Or perhaps that people who are in-tune with their true feelings tend to be more colorful than those who aren't.

Many things can be interpreted from physical appearances, but I feel the main characters are created in such a way to inspire those who watch the anime. Although this isn't as important as the next trait, it still needs to be considered.

They Go Against the Norm 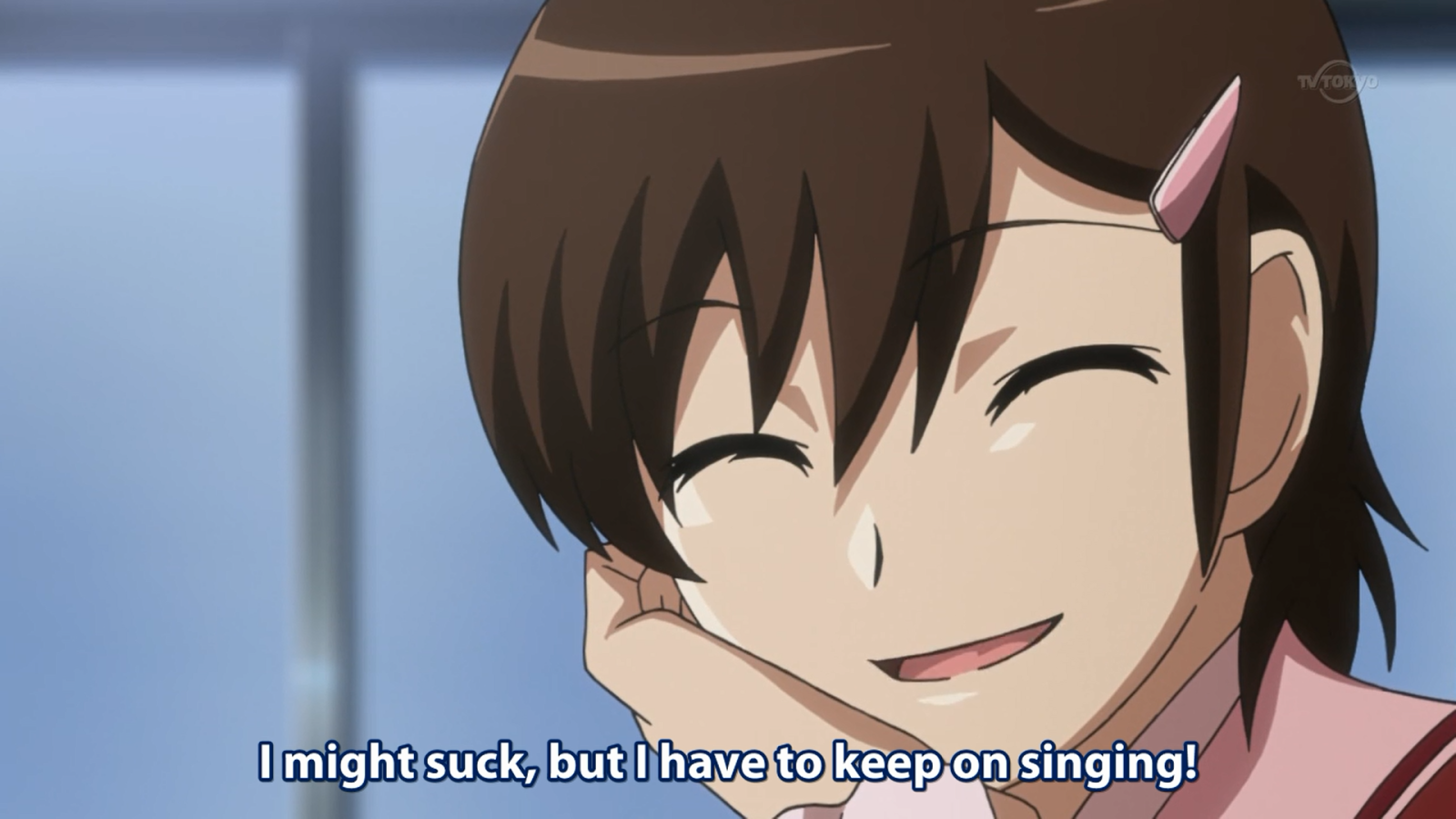 I know this is pretty much the basis of "daring to be different," but there's really a lot to be learned from this in regards to anime answering the problems of our world. Usually when character =s go against the norm, it happens two ways. One, the character who is standing on the outside sees something that everyone else does not, and their way is objectively better than the old one. The second, the character's view is somewhat warped and misguided compared to the others.

For this post, I'd like to focus on the first scenario where the character, usually the protagonist, has a view that is much better than the current one that society holds. A good example of this is with Naruto. Towards the latter part of Shippuden, Naruto desperately tries to reason with his friends and other ninja to spare Sasuke, who had recently become a wanted criminal. Naruto having witnessed the cycle of hatred present in the ninja world and the creation of it, definitely did not want to see that happen again with his closest friend. We learn through Naruto that killing someone just because they have done something wrong does not solve anything.

To clarify, the cycle of hatred basically involved people killing others for reasons such as revenge or justice, and then other ninja killing those same people for similar reasons. It was an endless cycle that was going without out any hope of stopping, as it was something that was ingrained into the culture of the ninja villages. Naruto, bringing a way of thinking that directly opposed this, was faced with difficulty, but in the end Naruto's way was more successful and ultimately brought peace to the world.

So while we aren't ninja, I think there's a lot that can be taken from this and reflected upon. For one, the clash between Naruto and society basically express a conflict between thought patterns that were gained from experience and other such things, and those which are merely going on what feels right. Sometimes, experience isn't always the best teacher, and sometimes what someone has taught you isn't always right. I feel that Naruto teaches us to go with our heart and instinct, even if society says no. Another notable character who is similar in this regard is Goku. He wishes to give all his enemies mercy no matter how evil they may be, much to the dismay of his allies.

In summary, I think that anime characters are really great. Their daring and urge to go against the crowd makes them a big inspiration to the many anime watchers out there. We should all be like anime, and dare to be different!
Anime Editorial Thoughts