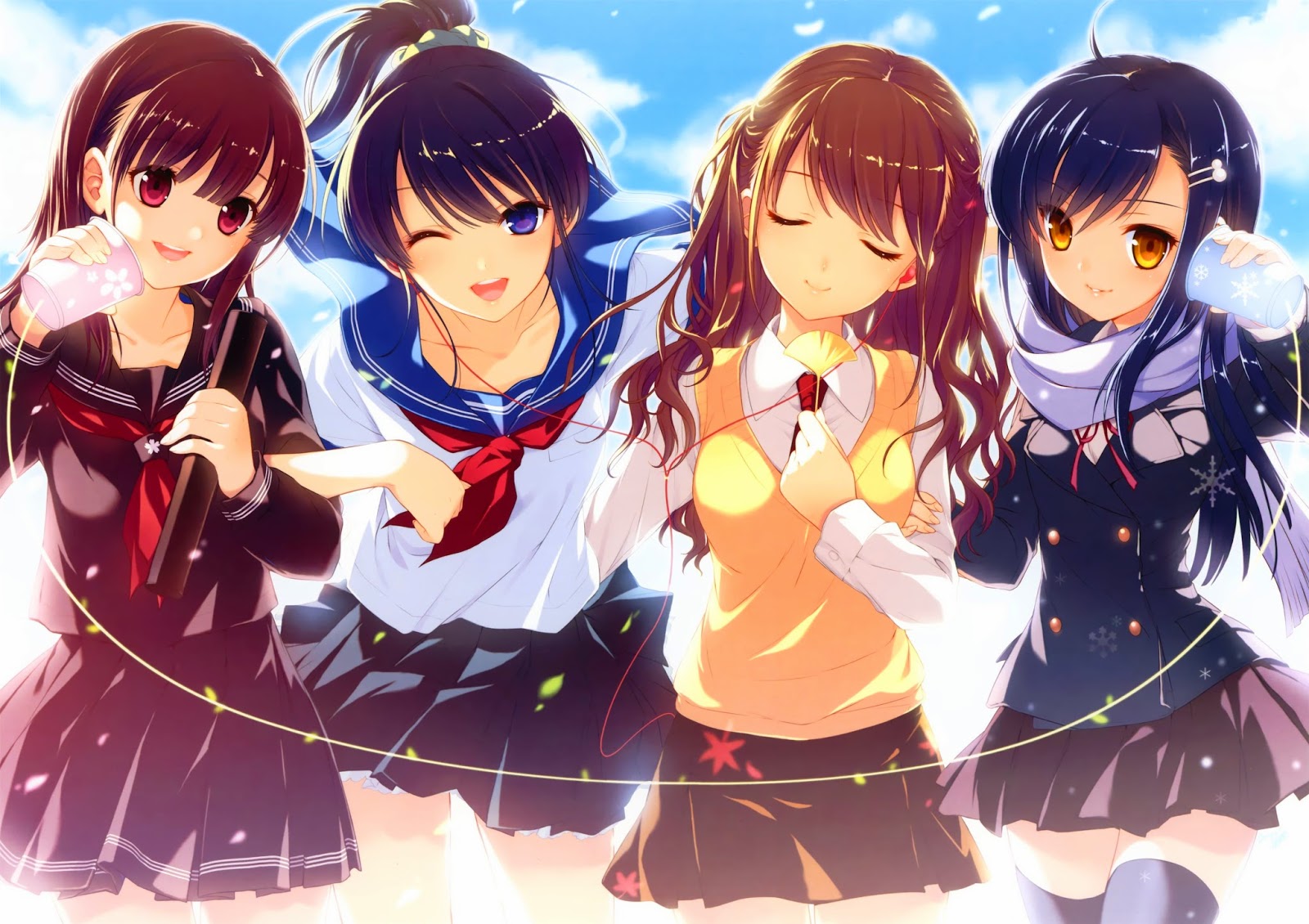 Yeah, I know it's a little late for this post, but better late than never. Last year, I watched a couple of anime series, some I liked and some I didn't. A few stood out above the rest and thus became my favorites. I  hope I can watch even more great anime this year, and have a bigger list than this one. Also, I'd like to say that this list excludes a few anime I haven't finished, so who knows, I might do a separate post for each one. As always, stay tuned!

As a heads up, I'm not necessarily saying that these anime were the best. This list is simply built on my opinions only. So if you disagree, please remember that it's okay; you don't have to like these anime. However, I would love to hear your favorites if you have any. Post them in the comment box at the end of this post! I might even try out a few of them!

If you're curious of the method I use to determine favorite anime or rate them, it's basically based on my likes and dislikes. If I genuinely enjoy an anime, I will speak highly of it. If I don't enjoy it, I probably won't even mention it. I don't like negatively talking about anime in any way shape or form, because there is always someone out there who likes it. I feel bad when people badmouth mine, so I try not do the same. Now, moving on to the list! 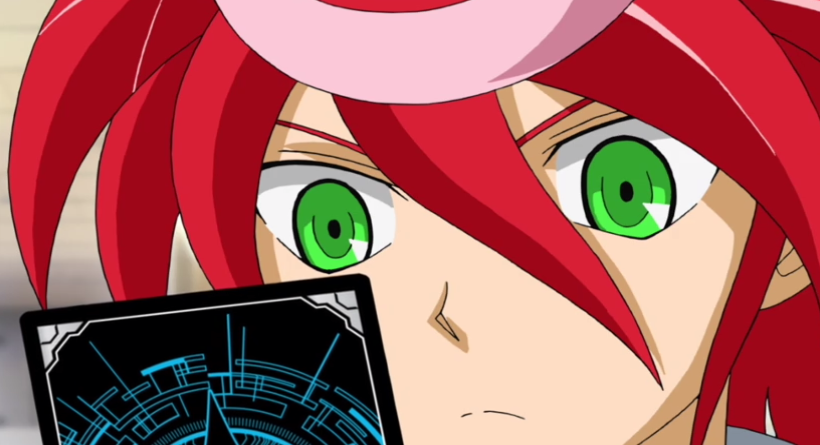 Anyone knows me, should know how much I love Vanguard. It's one of my most favorite anime, and Cardifght!! Vanguard G hasn't disappointed me yet. For those who don't know, this season of Vanguard is the fifth in the series, featuring a new main character and cast. Although a few old characters return, the focus is on a whole new generation of Vanguard players.

While I've seen quite a few complaints, I don't really have any gripes about the anime so far. The new main character is really likable, and the anime focuses less on the mechanics of the card game, and more of the story and action. There's also more attention to character development than the actual game. I plan to continue watching, and I hope things go well! 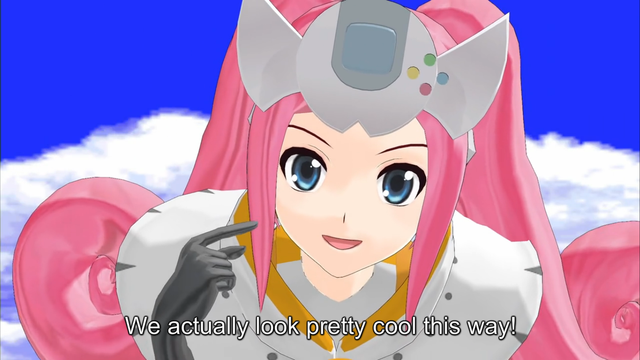 You knew this was coming...it's Sega Girls! So out of everything I watched this year, I think I enjoyed this the most. It's basically the perfect anime for an avid video gamer, which is exactly what I am. The characters were wonderful, the humor was quite funny, and the episode length was just perfect. I only wish I could see more of the Sega Hard Girls, but I'm satisfied with thirteen episodes.

I would also like other gaming companies take this anime as an example. It'd be nice to see an anime featuring Nintendo games and consoles or even one focused on all games in general. I'm sure it'd be a little difficult to put together, but it would be worth it! 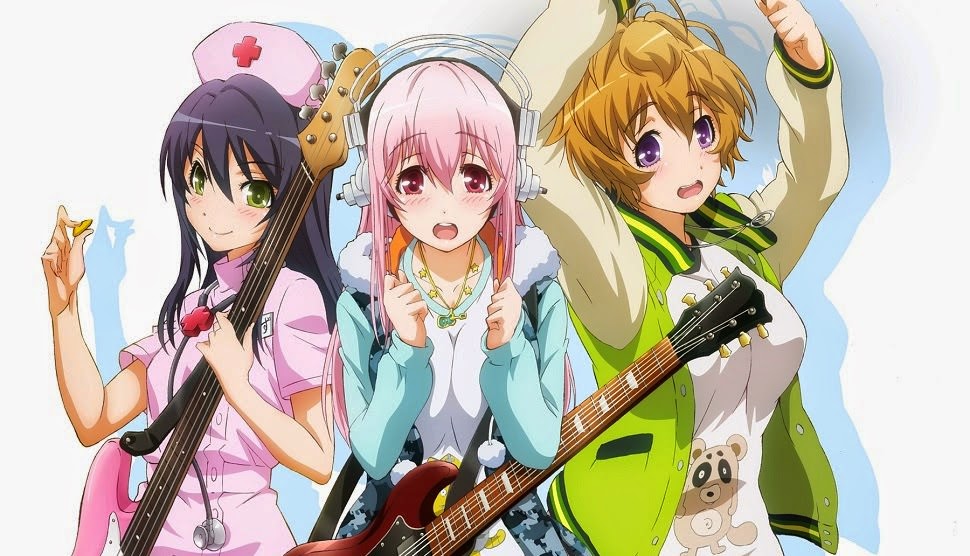 Super Sonico, a character that I never really thought of much until this anime released. When I first saw the preview of this anime, it looked really interesting. I love anime that are bright and colorful, with a lively cast. Top it off with a positive or inspirational message, and I'll most likely enjoy it.

So I can say that this was probably the first anime of 2014 that I truly enjoyed. It was nice until the end, and I really liked Sonico as a character.  Super Sonico the Animation was not only a nice anime to watch, but it served as a gateway. It led me to the world of Sonico and her friends, which is something I'm very happy about. The anime was also great enough for me to actually pick up the video game, Motto! Sonicomi.


So that's all! These were my favorites of 2014. I recommend you all check them out if you can!
2014 Anime Favorite Anime Recommendation