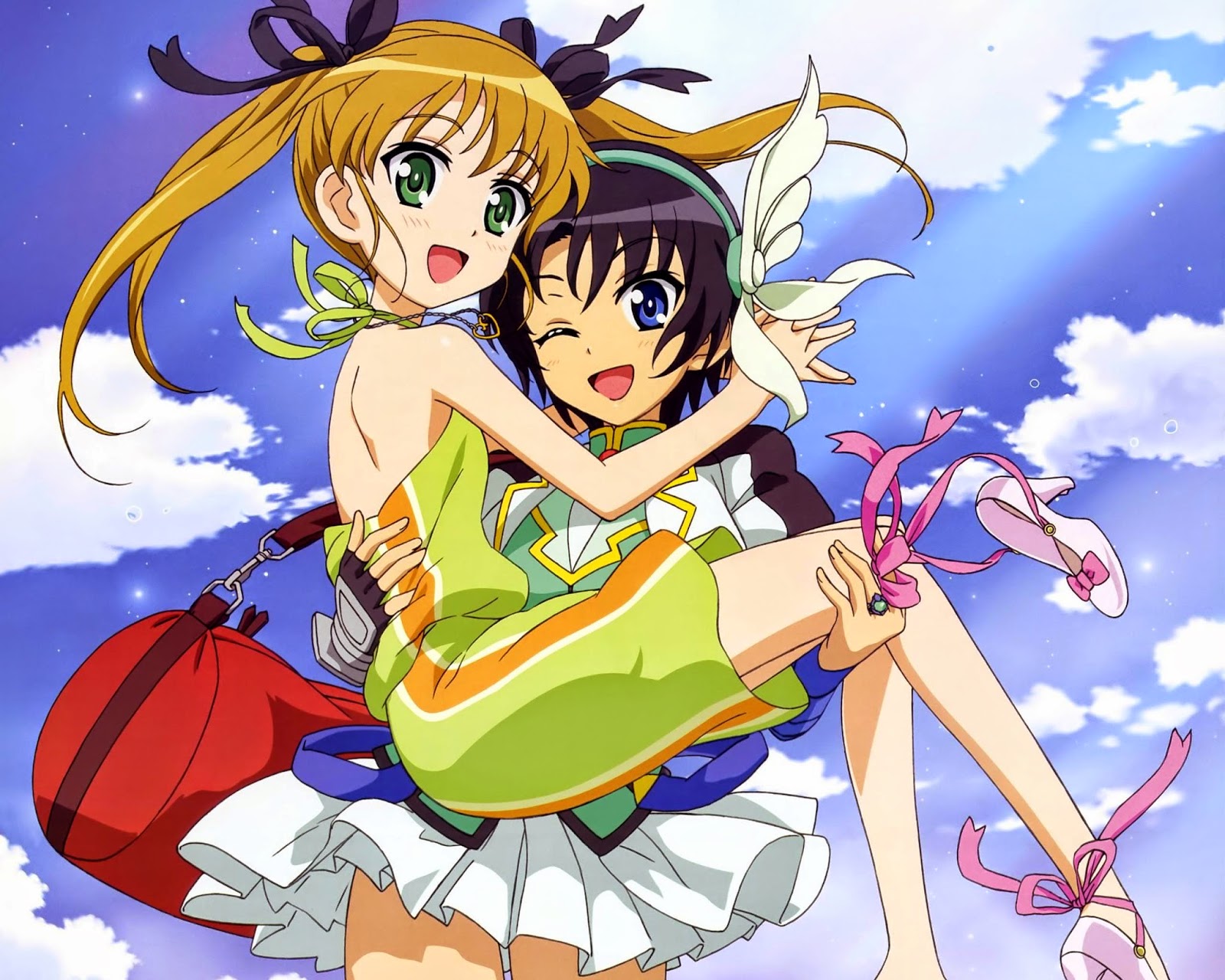 Dog Days is a magical anime with a world full of kingdoms, epic battles, and a wide cast of characters with animal traits and accessories. I've been following Dog Days for a while now since season one released, and I absolutely love it. Now that I've seen the adventures of Cinque Izumi in the first edition of Dog Days, and the inclusion of two other heroes in season two, what else is there for this new series of the anime? Let's find out!

As a heads up, this post will try to avoid any spoilers for those who haven't seen season one or two. The only things that I might mention are the characters that were introduced. So if you're someone who is looking for a new anime to try out, or just a curious soul who stumbled around and found yourself here, please keep reading as you might actually like this anime!

"If you've seen the other seasons of Dog Days, you can skip this tidbit!"

With all that clear, let's delve into Dog Days with a quick look at the realm. The series takes place at a setting where anime characters with animal accessories do battle against each other for the sake of fun. Starting with the first season, we have simply two main kingdoms, one is known as Biscotti Republic. Biscotti could be summarized as the kingdom of the dogs, and is known for it's beautiful princess by the name Millhiore. Voiced by Horie Yui.

The other kingdom consists of cats, along with a few other stray animals such as rabbits. The kingdom is called the Galette Lion Territory. The princess is called Leonmitchelli, and is mostly referred to as Leo in the anime. Although she is older than Millhiore, she acts more like a younger sister to the dog princess. Voiced by Koshimizu Ami. There is also a prince who is younger than Leo, by the name of Gaul. Voiced by Kakihara Tetsuya.

Lastly, during the second season of Dog Days, squirrels were introduced into the mix of animals. Their kingdom is known as Principality of Pastillage. Couvert is the princess, but she's currently in-training to learn what it takes to be a ruler. She is commonly referred to as Cou throughout the anime. Voiced by Yuuki Aoi.

These three kingdom do battle with each other for fun and glory, but the special trait of their combat is that no one is fatally harmed. The battles are decided by destroying the weapons or armor of the opponent, which forces them to surrender. Other warriors are simple reverted into the cute chibi animal-like forms after their defeat.

Although the kingdoms were doing great on their own, Biscotti was having trouble in their battles against Galette. In order to even the odds, they requested the help of a hero. That hero turned out to be Cinque Izumi, (Voiced by Miyano Mamoru) a young boy summoned from his world to their's. Although his arrival was quick and unexpected he quickly joined the battle and proved to be a massive help with his new-found powers and weapons. He tends to rely on a staff to fight, along with fire magic.

Later, the others wish to have their own heroes as well. So Cinque's cousin Nanami (Voiced by Mizuki Nana) arrives in order to serve the role as Galette's hero. His best friend Rebecca (Voiced by Takahashi Mikako) also makes her way there as well and is quickly made the hero of Pastillage. Nanami being physically fit and athletic fits in quite well and becomes a master of a boomerang, as well as water magic. Rebecca on the other hand isn't too great at such things, so she becomes master of magic and fights similarly to a wizard or witch. The three battle it out in the war games and the audience is treated to a good amount of exciting fights.

So let's move on the season three shall we? This season starts with the three heroes again, similar to the last. Only this time, something goes wrong with the summoning. While Rebecca makes her way to her respective kingdom safely, Cinque and Nanami aren't too lucky. They get sent to a jungle far away from the other kingdoms.

Unfortunately their rings which give them the power to transform into heroes were in their luggage, which was misplaced upon their arrival. So for the first part of episode one, the heroes are forced to fend for their lives against the seemingly wild conditions of the jungle habitat. We see a good amount of animals and creatures that are unusual for our world, such as dinosaur like creatures (which are described as dragons?) and giant carnivorous plants.

The kingdoms realize something is wrong when the two haven't arrived and send out search parties in order to find them. Meanwhile the two encounter a girl by the name of Sharu. She is skilled with a bow and at first she doesn't believe that Cinque and Nanami are really heroes. When they find their bags and transform, she is then proved wrong. Later she explains to them that she is a Dragon Priestess. Her goal is to maintain balance of Flonyard's environment, which is the area where they reside.

As of now she's been trying to stop the demons from attacking the innocent wildlife and dragons, but it's a hard job for her on her own. After a bit of downtime between the action, the other characters appear and the second episode ends with a large amount of demons appearing, ready for battle.

So for my thoughts on this season so far, I really enjoy it. The animation seems a little different compared to the other ones, but I don't have any complaints with it. I like how the new season gives the audience a fake expression of a repetitive story, but quickly changes things up. It also answered my questions of how a third season would be different from the others and it's very pleasing to watch as of now.

I also like how this season is focusing more on the whole world that the kingdoms reside. We were never given a big global look of the world, but mostly just the interactions between the three major areas that existed near each other. I hope this season gives us the opportunity to learn more about the Dog Days world.

Another thing that is pretty cool is the fact that character development seems to have carried over into the next part of the story. There are many anime where a character will develop, their personality will improve, and they'll become more likable, and the next season will work to ruin that. So far one of my favorite characters, Eclair, hasn't become a victim to that gimmick. I hope things continue the way they are going now. Please check out my post on the tsundere Eclair, and her amazing character development.

Lastly, it's nice to see everyone working together on the same side instead of being in opposition. It makes me wonder how powerful the new oncoming foes will be in order to stand against three heroes together, and it makes me wonder how far the extent of their powers will grow. I would also like to see even more characters introduced to the already wonderful and colorful cast. Even if we don't get any more than Sharu, it would be nice to see a few lesser characters have more involvement in the story as well.

With that said, I'm really liking this season of Dog Days, and I think it's done very well so far. I encourage anyone reading this post to check Dog Days 3 out, and if you haven't see the prequels, definitely take this time to watch them!

As always, thank you all for reading and continue to love anime! Let me know what you think of the new anime so far, and tell me which ones you are watching now!