Happy Easter anime fans and otaku! Although Easter means different things depending on where you come from or what you believe, let's focus on the usagi (bunny or rabbit) part of the holiday at this time.  Who knows, maybe you can learn a little bit of Japanese along the way?

As you know in anime, the presence of animals in the form of cute anime girls or boys is very common. We have cats and dogs that appear in anime like Dog Days, donning nekomimi and inumimi. (Which is translated to cat ears and dog ears. Inu and neko are dog and cat respectively, and mimi is the Japanese word for ears.)

Going even further would be someone who is the actual animal, which is then labeled as neko musume. This translates to cat girl or cat daughter, and characters usually possess many animal-like traits. Examples of such would be Felicia from DarkStalkers, or Shizuka Nekonome from Rosario + Vampire.

However, the common cats and dogs are not the main topic. Today we are focusing mostly on bunny girls. Unlike their other animal counterparts, there aren't as many of them in anime and manga. Yet, the ones that do exist always tend to stand out by differing from the usual common anime traits.

So for this post I'd like to share a few bunny girls with you, in order to make this character type more well known. Also, if you stick around until the end, there will be a wallpaper pack filled with nice bIf you like this kind of character and want to see a somewhat complete list of them, please check out the anime character database. 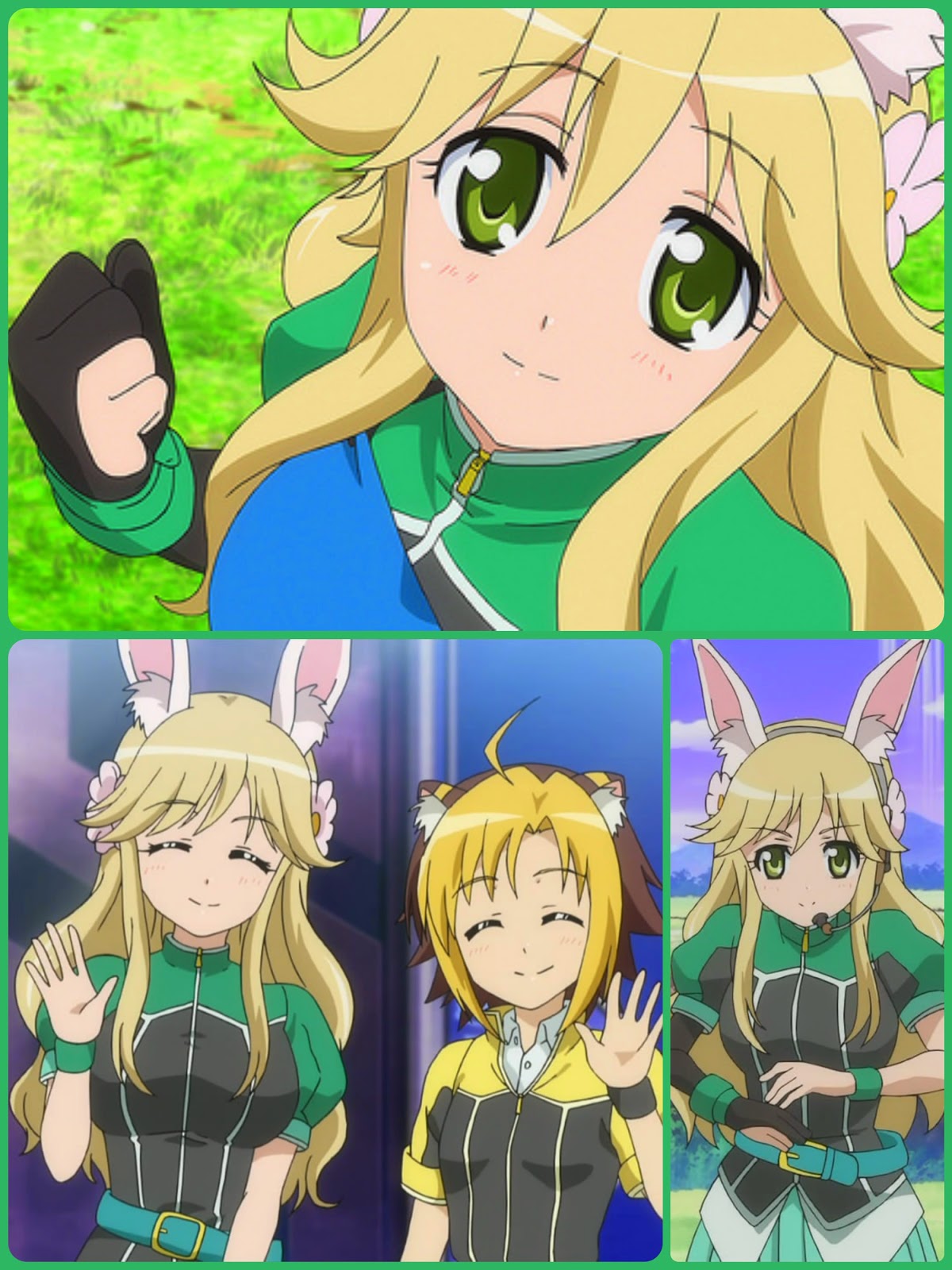 Vert is probably one of my favorite characters from Dog Days, and probably my favorite bunny girl. Although she doesn't get too much attention in the anime, starting with Season 3, the introduction of her brother and homeland has given possibilities for further development.

As of now there are only two characters that sport bunny ears in this anime. The previous focus was on dog and cats, and later squirrels, but now other characters are getting more of the spotlight. I really enjoy that many animals are represented in Dog Days, and it would be nice to see things that are rarely shown, such as characters combined with animals like reptiles or even mythical creatures.

Despite this, I Dog Days as a series and love what the anime has done for lovers of animal traits on cute, enjoyable characters! 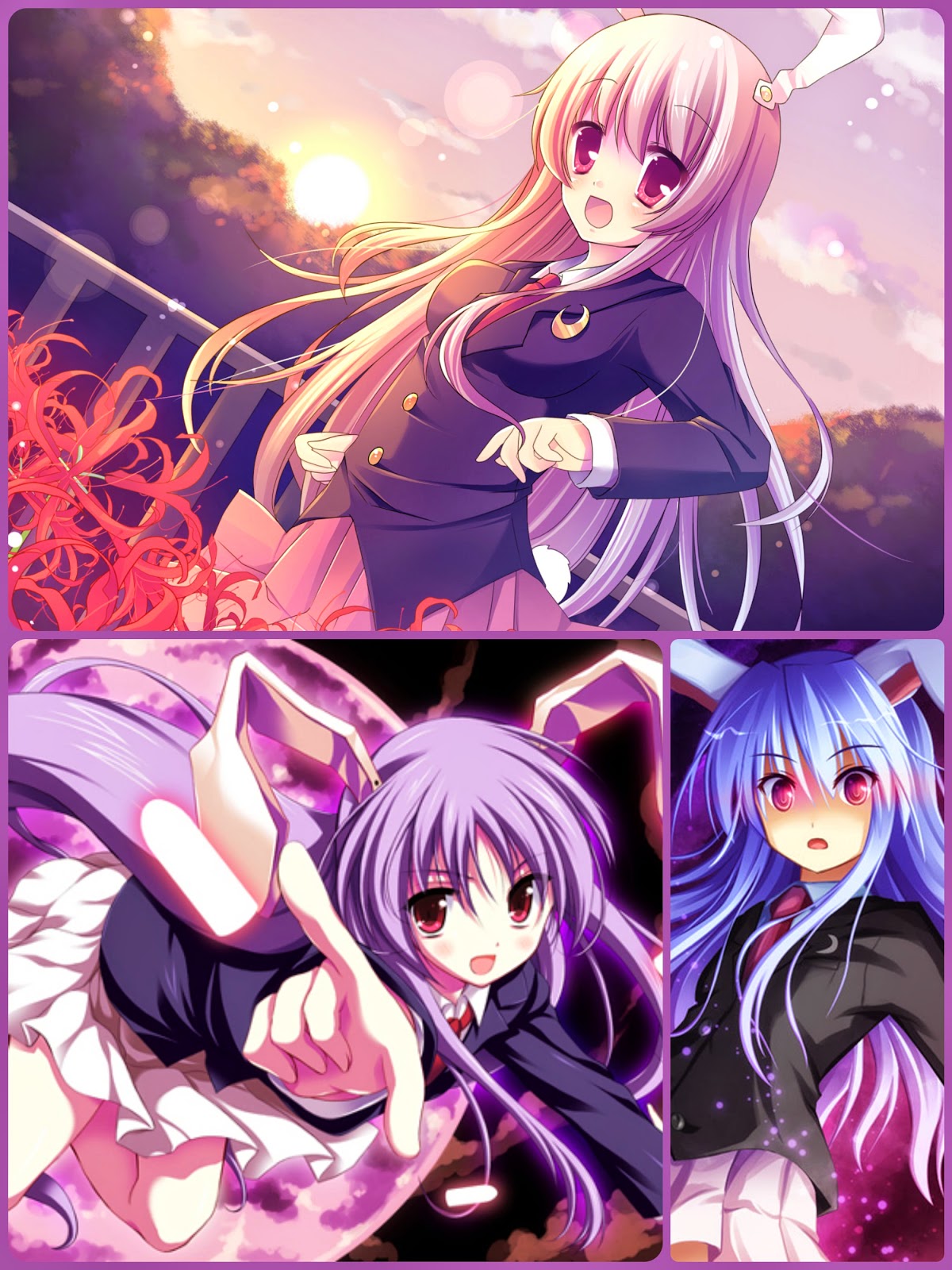 Next up is a character who comes from the wide world of Touhou. Reisen Inaba is quite a popular character, not only with the beautiful color scheme of a light purple and red, but for her signature trait, rabbit ears.

Although I do not know much about the character herself, I can say that she is rather unique. For one, she has powers that induce insanity, but somehow maintains a stable personality. These powers also pay attention to her "blood red eye color" as I mentioned earlier, and have been dubbed Lunatic Red Eyes.

You can find a lot more about her just from searching, but for those who want a direct link to her profile, you can simply check it out on the Touhou Wiki. 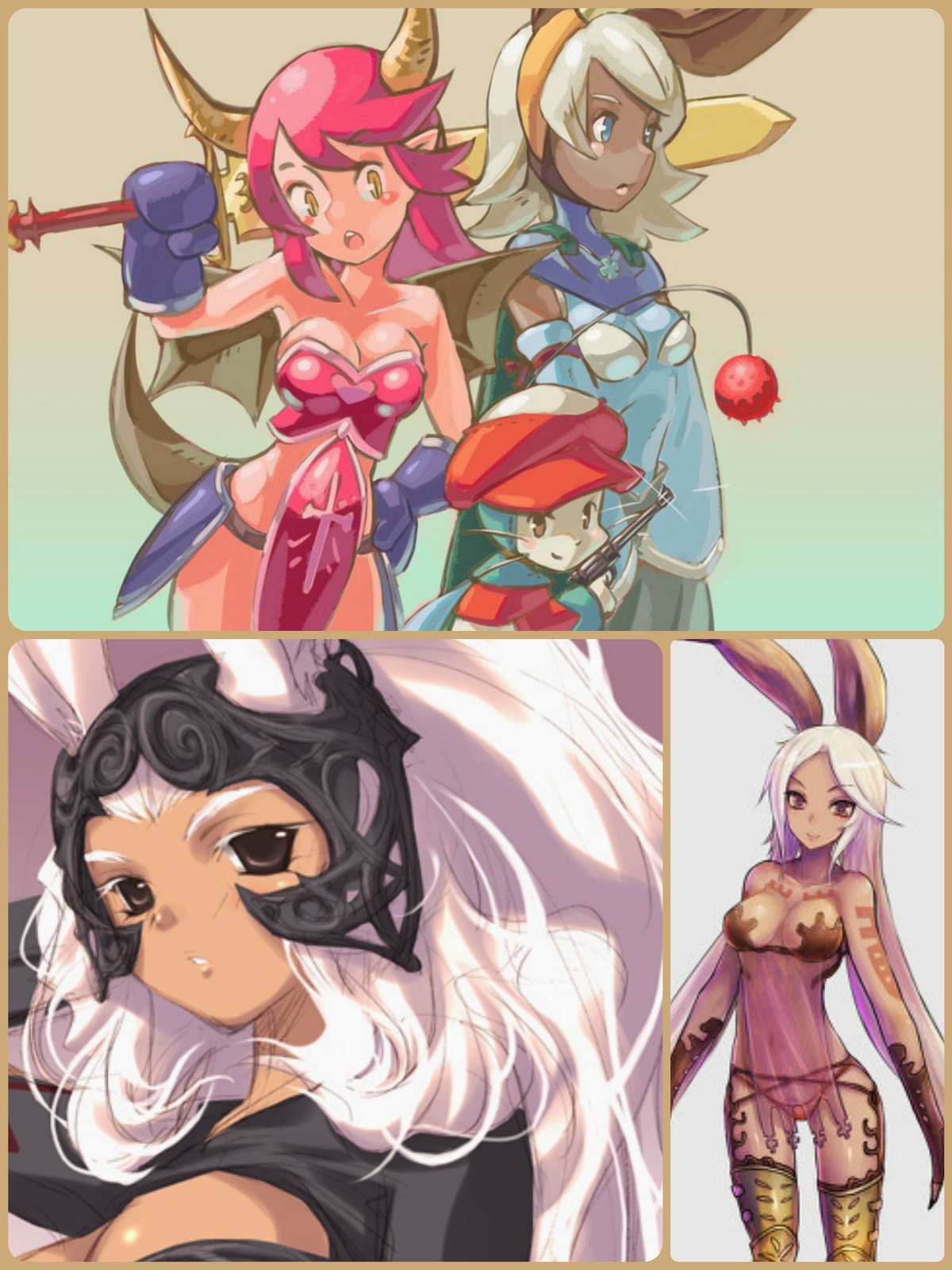 Okay, the last member of this post isn't a solitary character, but a group of characters who all embody the bunny girl trait. They are known as the Viera Race and are present in mainly Final Fantasy 12. The commonalities between most of them is dark-toned skin, white hair, and bunny ears.

One of the main members of this race is Fran, a playable character from Final Fantasy 12.  Like many of her group, she excels in excellent hearing and great senses overall. Although Final Fantasy 12 was her main game, she has appeared in a few others such as Dissidia, where she taught new players. She also appears in the Final Fantasy rhythm game.

The Viera Race is probably the closest we have to usagi musume. They possess traits of actual rabbits, alongside looking like that them. 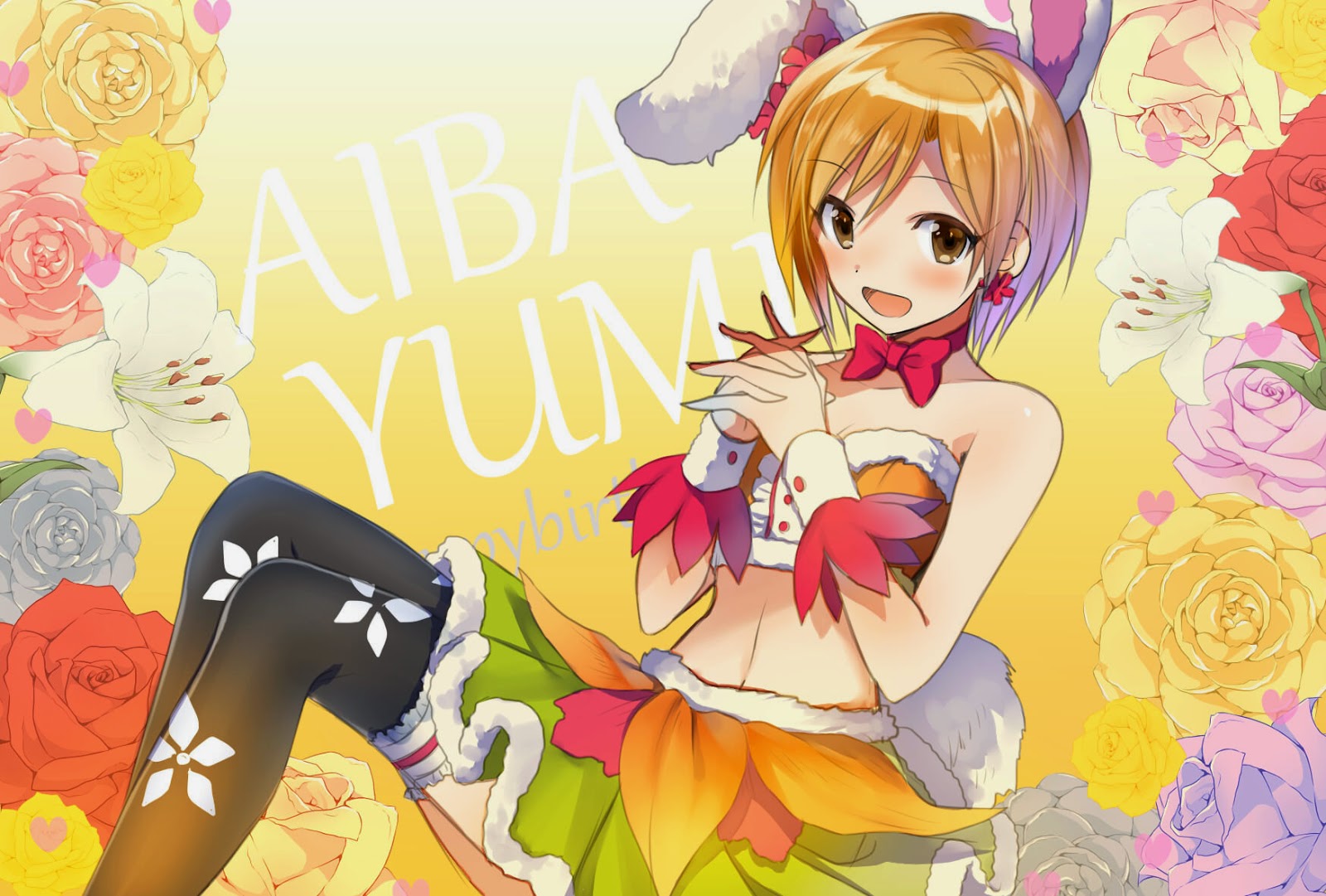 Thank you all for reading! As an added bonus, I have created a rabbit girl wallpaper pack in commemoration of Easter! Even though Easter will be over after today, I hope you can put these images to good use! Please click the link below in order to view the images!