Anime and Life: Old and New 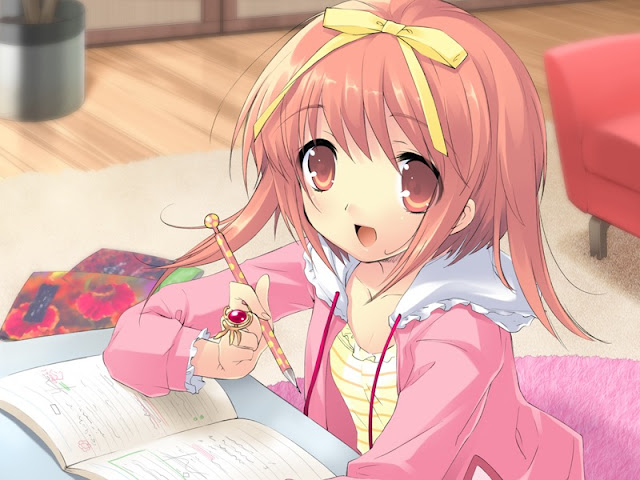 Hello, and apologies for the lack of blog posts again. Before I begin this post, I would like to give a shout-out to Albert at his blog A Sound Upgrade, for providing me with this post idea through Shooting Star Dreamer's suggestion box. If you want to see something else on my blog or want to spotlight a certain anime or individual, please take advantage of this new feature! It can be located under Suggestions in my blog header.

Moving on, let us begin! Before I began writing and creating Shooting Star Dreamer, anime used to not matter much to me. When I got into anime for the first time, which was around middle school, I mostly relied on others thoughts and opinions. One of the first anime I watched was Vampire Knight, which is a shoujo series. I mainly got into this anime because my friends were always talking about it, which led to my curiosity.


Anime and Life: The Old

Given that this was my first taste of anime, outside of things such as Naruto, Pokemon, and the rest, I just viewed anime as a thing that was interesting and most importantly fun. I didn't really look for any undertones beneath the plot and characters; I just took the characters and the series at their face value. I believe that there was nothing wrong with this, just a way of thinking given my age.

Later on as I began to enter high school, I was introduced to other anime that consisted of harems, shonen, and other series. One of my favorite anime and manga from this bunch was Negima. I really loved the colorful cast of characters and I liked how Negi Springfield was a character that was young, but doing something I enjoyed as well, teaching. I was able to connect with Negi, and that was enough for me to keep watching and reading. Another thing that was really interesting about him as a character was that he was intelligent, something that is usually forgotten. I believe high school was the time when my views began to shift.


Anime and Life: The New

As of now, I have the ability to examine anime and look deeper, and see that there are messages and symbols hidden beneath a world of amazing stories. Characters are representations of their writers and creators, others are made for the purpose of teaching a moral or a lesson. One of the most important things I've realized about anime, is that even though there are many series of the same genre and type, there is almost no anime that has the exact same character types or plot line. In a way, this makes things interesting because anime will not always be predictable. This was one of the few things I began to realize about anime, and wanting to undercover the mysteries that lurked was what lit the fire of passion for me.

If anything, growing older and experiencing more anime hasn't really altered my base view on the media; I believe anime is fun and should be enjoyed, the same goes for life. For me now, anime is a teacher, as well as a friend. I've connected to many characters in anime and they've helped me grow into the person I am today. Through anime I've experienced many different areas of life that have affected who I am. I believe that both anime and life are connected, one influences the other constantly.

In a simple way to summarize, my change in views regarding anime and life are pretty simple. In the past I viewed the two as being separate, while now I see that both are connected and influenced by each other. In the past, I saw anime as just a hobby. Now, I see that anime and other forms of media are so much more. In a way, it took me until now to learn how to connect the dots and identify the treasures hidden underneath the episodes.

So my views from my beginnings of anime and now aren't too much different, instead they've just been built upon. I never thought of anime as an "escape." I enjoyed my real life, but loved the fictional world as well. Both were considered part of my "life" so both were important and meaningful. This still holds true for today.


So with that being said, there's a few lessons I've learned over the years from my shift in viewpoints. One of the main ones is definitely that, there's more to something than it's appearance. There's quite a few people who see anime as a childish cartoon or something that isn't to be taken seriously, and something that is completely outlandish from real life. At one point, I began to wonder if these judgments were true, but its hard to believe that when there's so much evidence that states otherwise. I think anime is something that can be for all ages. By more than it's appearance, I don't believe it needs to contain hardcore violence, profanity, or other "adult" traits, but more like mature concepts, lessons, or something that's enjoyable.

Which brings me to the next lesson, there's nothing wrong with celebrating and enjoying anime. Back in the day, anime was somewhat looked down upon. Now, it pretty much seems like something of the norm. Mention anime and usually someone knows about it. There's less of a need to hide your interests like before.

Finally, the last lesson that has stuck with me is that, sometimes you've gotta do what you love, and not give up on it. If I had listened to what other people told me and acted out on it, my blog wouldn't exist. I wouldn't believe anime is anything more than simple fiction, and I probably wouldn't have met the wonderful people who are connected to anime. While its a pretty bad idea to ignore all advice, it's sometimes a good idea to listen to yourself when it comes to things dear to you. I believe a lot of anime showcase this as well.

So as you can see, these are my views on anime and life, which I basically believe are connected. My views didn't really drastically change, but instead they adapted based on what I learned and experienced. In no way do I believe that this is the only way to view anime, but it is the way I feel is best.

If you have any questions, comments, or want to share your views of your own I'd love to hear from you. As always, thank you for reading!