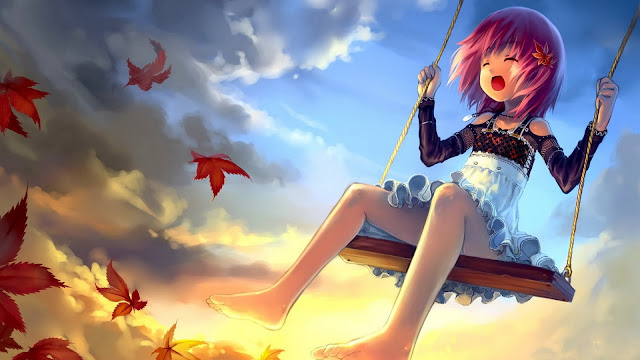 Contrary to yesterday's post, today's will be a more lighter topic. The subject of focus is anime openings and endings that stand out from the rest, or are just exceptionally good. I think an opening is very important for an anime, and can either put off the audience or attract them.

Many people do end up skipping both the opening and endings, but likewise, many of those people will watch them at least once. From the view of the producer, creating an opening that has good music and animations is hard. What's even harder is creating one that is good enough to snag viewers upon their first hearing, while not becoming dull upon further replays.

So with all that in mind its pretty easy to see that anime openings and endings take a lot of work. How about we move on to a few that, in my opinion, stand out from a few of the rest?

For those who can't see the posted videos, I have include the song name and anime in hopes that you can find them at your own leisure!

Shokugeki no Souma OP 1 ~ "Kibou no Uta" by ULTRATOWER


Shokugeki no Souma is a shonen anime that is still airing, featuring an unusual subject, cooking. Although the second opening may be seen as more popular and more fitting, the first one feels just right for me.

I feel like this opening paints a picture of an anime that isn't your typical shonen. We don't have fast paced fighting action, we don't have your generic shonen music, we have a laid-back and calmer song that conveys the feeling of cooking food leisurely, while pumping you up for the anime. This opening is an example of a time where fast-paced does not equal better.

In regards to the animation, I believe the opening does a good job at portraying the premise of the anime and funnily enough, I feel like we're supposed to view this opening from the perspective of Yukihira Souma, the main character. My basis for this is his reflection in the knife at the beginning.
We're also shown a passage of time or a reflection of what Souma wishes to accomplish. Towards the beginning Souma is shown facing a group of characters that are positioned higher than him, and later we see him in a shining shot holding his knife up high almost as in victory. This could be interpreted either as his vision or foreshadowing the anime's plot itself.

People have also recently stated that the ending is the respective song for Tadokoro Megumi, another major character, then it is possible that this opening is meant to be for Souma. Overall, I believe this opening is very good and different from many other's that are present in shonen.

Ano Natsu de Matteru is a wonderful anime, but commonly overshadowed by it's predecessor, Ano Hi Mita Hana no Namae wo Bokutachi wa Mada Shiranai, or more commonly, Anohana. While the opening is pretty great itself, the ending always had me in awe. I felt the animation and the song were amazing. I can't give much analysis on this ending without spoiling the anime, so instead I will try to keep this one brief.

There are two main subjects of this ending, one being space or an out of this world feeling. The second are the colors that are used to represent the character. Ichika, the girl who is shown first in this animation, is given the color red. Now red can be used for many things, but in certain areas, red can mean alarm or alert to something different to the norm. I believe this color fits Ichika well, not because of her red hair, but the mere fact that she is exceptionally different from the rest of the cast.

Moving onto the song, each line represents a character. Ichika has the beginning portion of the song, while the other characters share lines, and Remon, has no line at all. I believe that these lines represent their personalities and actions throughout the anime. For the pairs, they also note the similarities they possess although their goals are aimed elsewhere.

Upon watching more and more of the anime, this ending began to make more sense. Although we may see a casual group of friends involved with each other, we see the hidden regrets, desires, and actions that take place between them all. After all, this anime has heavy romantic traits.
If the ending interests you I recommend checking out this anime a bit more!

These last two are a bit weird. They come from an anime called Renkin San-kyuu Magical Pokaan. The anime features four main characters, consisting of a werewolf, witch, cyborg, and vampire. By its description it doesn't sound like a light-hearted anime, and the opening paints a very serious picture. However, the reality is very far from that painting.

I decided to spotlight these two because of how unusual they are. Sure, the opening isn't really weird, but it is very misleading. The anime regarding these four girls revolves around comedy and showcases their everyday lives, which doesn't involve any sort of solemn environment or action of any kind.

So I believe unlike the previous two mentions, this opening doesn't add to the series or summarize the plot. It instead, draws away from the series and can potentially attract the wrong audience. Meanwhile, the ending draws into the anime's true nature and has that comedic feel to it.
Regardless, I feel that both are very nice and the ending is especially a treat since the seiyuu sing the lines. It adds a little bit of flare to the endings as well as giving the fans something that's nice to listen to.

With that being said, these were the three I specifically want to showcase, but there are many others that exist and are notable. For these, I will include them in a list below, with respective links for those who are curious. Please take the time to view them, you might potentially find an anime you want to watch!

Before I go, I would also like to say that I have received my first suggestion via Shooting Star Dreamer's Dropbox! I will be working on the post soon, so please be patient! For anyone else who is interested in suggestion a post or needs assistance of any kind, please fill out the form that can be found here.