I got the idea from some other bloggers, and decided to make my own list. I'd like to say that I really enjoyed the 2013 anime year. I usually don't keep up with the newest anime, and most of the ones I know are older and long gone.

Just a quick warning, these are based on my own opinion and tastes. You may disagree with me, or you may not. I don't rate series on the quality of the artwork, story, or such. I judge them based on whether I enjoyed them or not. Also, this list is in no order. 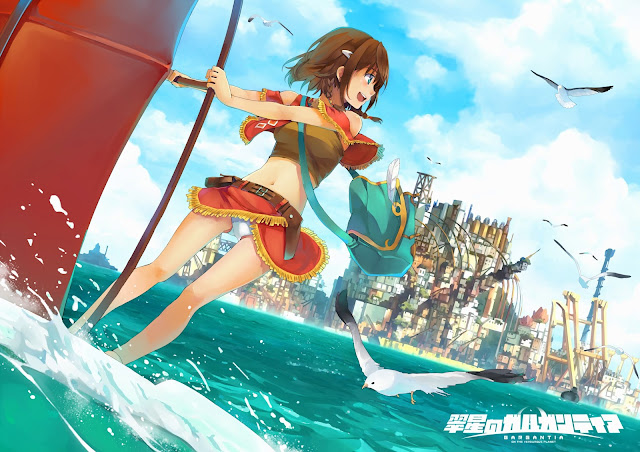 Possibly my favorite out of all the anime I watched this year. I loved this anime, as the story kept me on my toes with it's constant twists and turns. One second everything about the story seems clear, and the next it's swapped. This anime also teaches a good lesson about things not being what they seem. This may seem like a generic moral, but it's one that is commonly forgotten.

Suisei no Gargantia also features fantastic character design. We have Amy and Ledo, who are near total opposites; a cheerful girl from the sea and a mindless warrior from the stars. Their physical appearance and personalities represent each of the respective environments, and personify a clash between the two. However, as different as they may be, they both warm up to each other and learn to support one another.

With it's spectacular story and character design, the beautiful animation is just the icing on the cake. I'm looking forward to season two! 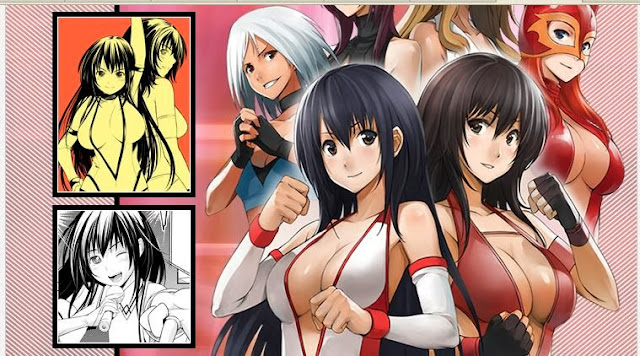 Yeah, this anime may seem like an excuse for fanservice, but it's much more than that. Outside of that fact, I also enjoyed this series? Why? Well, simply because it got me interested in a new type of sport, wrestling. Allow me to explain.

When one thinks of wrestling, we remember people jumping from large heights, fake fights, and poor acting. It seems like  a sport completely for dummies. However, this anime shows us that there's more to wrestling than that. We see numerous tactics, the intense training, the mind games between the two opponents, and the struggles the competitors face. This is how REAL wrestling is done. Not the fake acting you see on TV.

Aside from breaking the wrestling stereotype, Sekai de Ichiban Tsuyoku Naritai makes a huge statement. You can be kawaii and strong! Yes, that may sound like a mediocre moral, but it's true. When we look at people like pop idols, some may think they're brainless airheads that only dance around. Following Suisei no Gargantia, this anime shows that you shouldn't count out someone based on their occupation or looks. They may in fact become the strongest in the world. 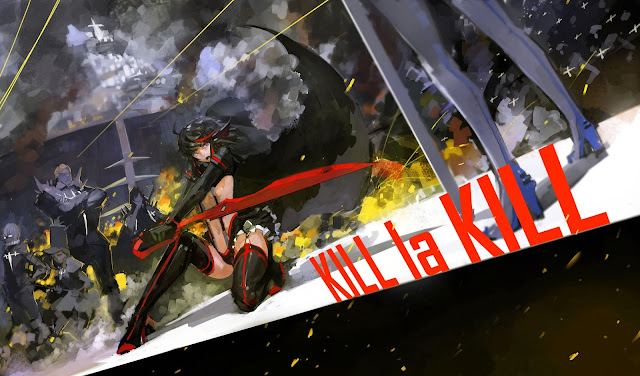 A female main character? One that grows stronger by the use of fanservice? What is this? One of the reasons why I enjoyed Kill la Kill so much is due to Ryuuko. In my opinion she's quite an amazing character differing from the normal female stereotypes such as: weak, healer, and damsel in distress. She doesn't take any garbage from anyone and actually fights on the frontlines while holding her own. Not to say that a more feminine character is any less, but it's pretty nice to see one that isn't.

What else can I say about the anime? The comedy is alright, but it's not my type of humor. I like the action in the anime, as in it's extremely over the top so you won't get bored. The biggest plus I can think of is the fact that the story doesn't drag or slow down at any point. Each episode gets straight to the point, moving from one scene to the next. That's a rare find nowadays. 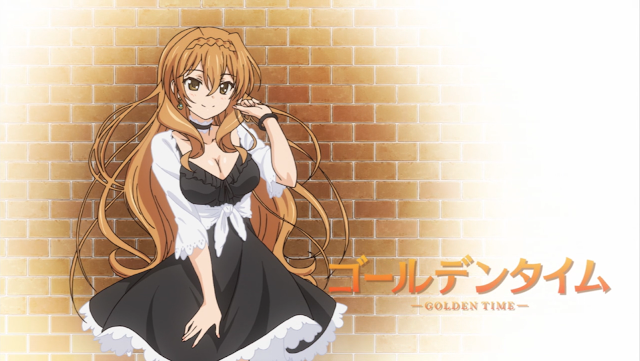 Can anyone keep up with this girl? No one, except Tada Banri.

For the last of my favorites, Golden Time. I was instantly drawn to this anime, because it was one of the first ones I've seen focused on college students. However, when I started watching, it didn't turn out how I expected. On Koko's first appearance in the anime, I was almost turned off. I figured she was going to be another one of those annoying anime girls who would ruin the series for me. However, as I kept watching I grew to like her. While she may not seem like it, she's actually a pretty deep character.

Aside from her, the anime was pretty nice and accurate representation of college life...or so I thought. Throughout the anime there is almost no work or class shown, just miscellaneous events and clubs thrown throughout the show. I'm not quite sure if college is this way in Japan, or if they refused to include that portion of  life due to dullness. Especially since they're law school students.

All in all, 2013 was a great year in terms of anime. I watched a few others, but these were my favorite. Hopefully you all enjoyed the anime this year as well!