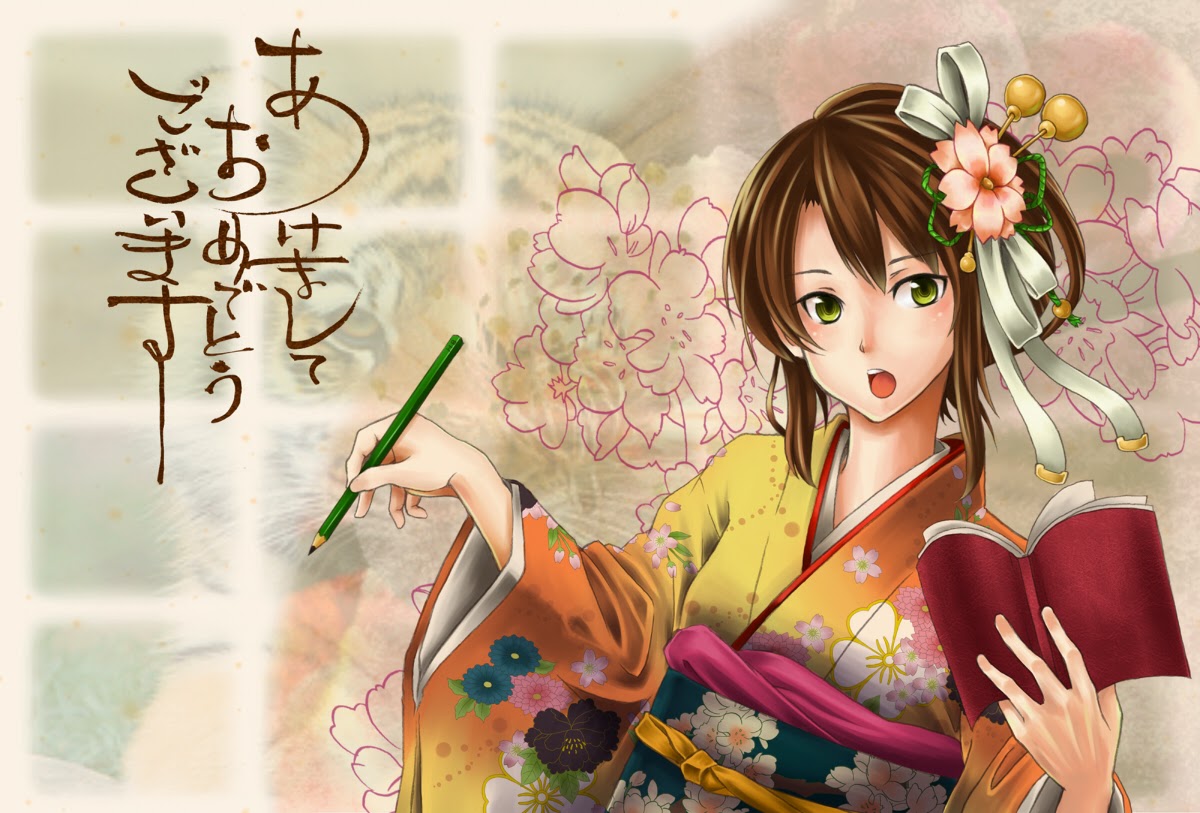 As you may or may not know, when I first started this blog I barely knew any Japanese. Since then, I've been studying on my own and teaching myself, but I never really learned until I started taking classes. However, something that did stick with me was Hiragana and my unique way of memorizing different characters. If you're a creative person, you might be able to understand as well, if not these may not be very helpful.

I've begun to practice calligraphy, so took the time to write the original hiragana marking on the left, and my creative version or relation on the right.

Hiragana A ~ One of the easiest ones to remember. I didn't really have any issues learning this, as it looks like a lowercase a as shown in the picture. If you can ignore the t like marking then this should be pretty easy to learn.
Hiragana I ~ At first you may think this is a mere parenthesis, and if that helps you in memorization then continue to think of it in that way. However, the way I see this character is the same as a lowercase i, or two of them together. When learning my way, I had to keep in mind that the character is not pronounced as we pronounce i in English, but more like the sound an English e makes.

Hiragana U ~ Another one that's easy to remember. While the hiragana is a little different, if we remove the marking about the character and turn it, it easily becomes a normal looking u. U is a bit weird when it comes to pronunciation as it either has a long ooo sound (similar to an owl) or is sometimes pronounced very fast that it sounds silent. Think of a popular anime character such as Sasuke Uchiha. While his first name Sasuke, the u is barely heard, almost as if it's not there. Try saying it to yourself but say the u very fast. It sounds pretty much the same as if it were silent, but a little different. While looking at Uchiha, we see that the U makes an ooo sound. So pay attention to things like these.

Hiragana E ~ Sorry if this one isn't as up to par with the next, but it's somewhat more creative.  I tried to shift the e hiragana into a Pacman like shape. If you think about what Pacman does...he eats, so eating and e go together. I usually can remember this one on it's own due to it's unique appearance.

This one is somewhat difficult for me to describe, but it feels similar to u in a way. Think of Naruto's name. The to part is pronounced similar to toe. Anyways, for the character, a way to memorize it is to complete the circle and form the letter o or an oval. Whichever works, this is a great way to learn.

Thanks for reading, and hopefully you learned something. I might do more of these eventually, but that's it for now!