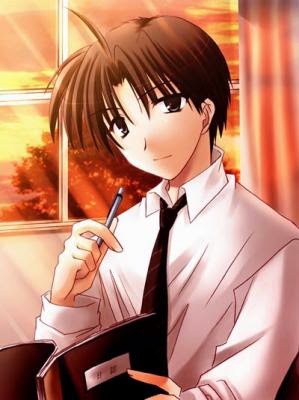 A few years back I remember someone posting a particular picture. The image had two sides, one featuring cute anime characters, the other a man in a suit. There were only three words that filled the blank space, which asked "Anime or Success?" When I first saw this picture, I instantly thought it was crazy. In order to become successful we can't enjoy and love anime? What a bunch of garbage that is. However, at that time I was the only one who felt that way.

At that point, I didn't really realize that way of thinking that came with such a mindset. Recently, I researched a way of thought process called "Success Without Sacrifice." There was so little support to this way of thinking, that it was hard for me to find any sort of article that agreed with this point of view.

It feels like our society conditions us to think that we have to give up something in order to achieve something else. While this may work for some people, I feel that we are only limiting ourselves. So does this necessarily mean in order to make someone else happy we have to give up our own happiness? Definitely not! We can be happy and make others happy at the same time.

Let's take another example. A lot of people have the notion that work should be put first, and there's absolutely no time for any sort of rest or relaxation. I even remember being told that I would have to work until I was a senior citizen, ONLY then, could I play and have fun. Isn't that a miserable existence? Working so hard to achieve something without breaks, only to become too old to fully enjoy it? Again this doesn't sound very plausible.

So when asked "Anime or Success," I was basically being forced into a certain situation. The creator is saying that in order to succeed, we have to let go of our own likes and dislikes. In my opinion, this is nowhere near succeeding, it's completely the opposite.


For me to succeed, I would have to do the following.


With this way of thought, I'm already succeeding and will continue to do so. I'm improving, but still living a good life. To this day I still say that we can have both anime and success. Anime isn't a curse that stops people from doing what they want; their mindset is the one in charge. If anime fans could not succeed, then explain Animators, Anime Business Owners, Convention Managers, and Vocaloid Producers. They are all working with anime and are successful. By a simple change of mindset, you can do ANYTHING you want. There's absolutely nothing stopping ANYONE from doing the same.
Anime Editorial Japan Otaku Success