Splatoon has been the latest craze when it comes to Nintendo games and perhaps gaming in general. Some people thinks it's a little silly and others are in love with it, but what does Splatoon really mean for the gaming industry? This simple series that might be blown off as a children's game has captured the hearts of many, seemingly infiltrating the "hardcore" genre of shooting games.

Before reading more into this post, if you're unfamiliar with Splatoon you should try checking out a few of the following links below. If you understand what Splatoon is and the gameplay, feel free to skip over this section and get straight to the rest of this article!

Differences and Similarities Between Other Shooters 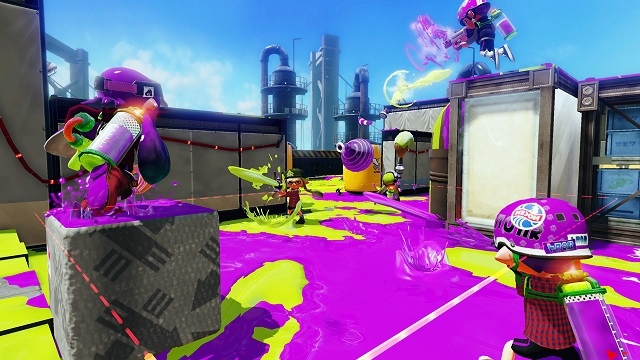 Although Splatoon is not a legitimate first person shooter, it shares many of it's elements. For one the "guns" are modeled after realistic models, with similar functions such as sniping, bombing, and other additions. Sniping specifically uses a scope system alike to that of other shooting games, depending on the weapon. Lastly, although it is not the main point of the game, you have the opportunity to shoot other players of course, despite it being a turf war.

So while these are the similarities, you might be asking what sets Splatoon apart? As a quick example, attacking and defeating opponents has little effect on the overall battle. The team that usually wins is the one that inks the most ground, instead of the one with the most kills. Also, you're forced to play on teams at almost all points of online gameplay. Despite this, there is little to no voice chat or communication as of late, however we may see updates to this in the near future.

So Splatoon takes a little bit of what Nintendo is known for, colorful graphics, emphasis on fun and friendly play, as well as implementing teamwork as a defining factor. In addition to this, Splatoon takes the weapons and gameplay from the shooter genre, implementing a serious ranked mode for high level play, and campaign mode for those who prefer a nice one-player story mode. 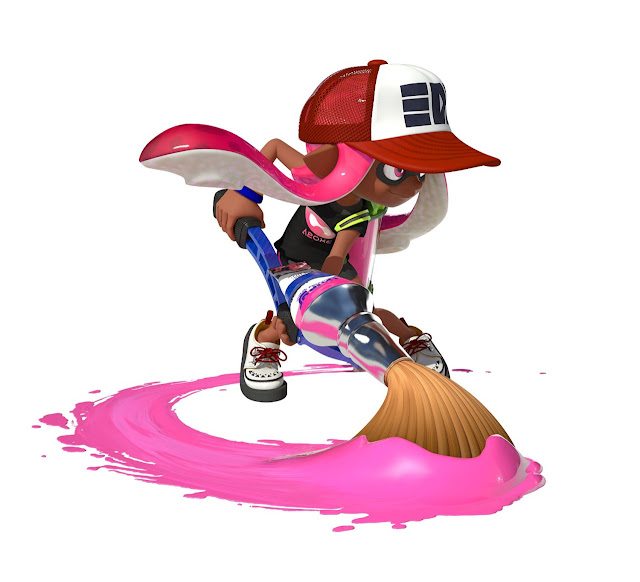 Splatoon is special because it's different from other titles in this genre. It's not trying to be a hardcore series with blood and gore. Splatoon is just playing the role of a shooter game, that anyone can pick up and play, even if they are new to the genre.

With the industry being diluted with titles like Call of Duty, Gears of War, Battlefield, and Halo, that all feature similar themes it was about time for something new to enter the market. Not to say that these are bad games, but the concepts are alike.

I feel this sums up why Splatoon was brought into play, even though a game that followed the generic line of shooting games could have been created instead. In a time where a lot of mature titles are present and overflowing with popularity, we needed to be reminded that gaming is not always limited to specific traits. A good game can be cartoony or colorful. It doesn't need to always feature adult-oriented themes or heavy violence. It doesn't have to be overly complex or have moral value. It just needs to be a way for people to relax and have fun.

Up until now, we didn't really have a shooter with enough popularity to remind gamers of this lesson, which is why the release of Splatoon is so important. Other genres have defining games that differ from the norm. Many role-playing games put an emphasis on colorful and beautiful worlds and relaxing stories, while we have simple puzzle games like Dr. Mario and Dr. Luigi or Tetris, which keep that similar feel. We even have fighting games like Smash Bros. that place an emphasis on fun above all else, or comedic anime fighters like Aquapazza.

Splatoon, while probably not being the first of it's kind, has the popularity to ignite a change in the gaming community and industry. 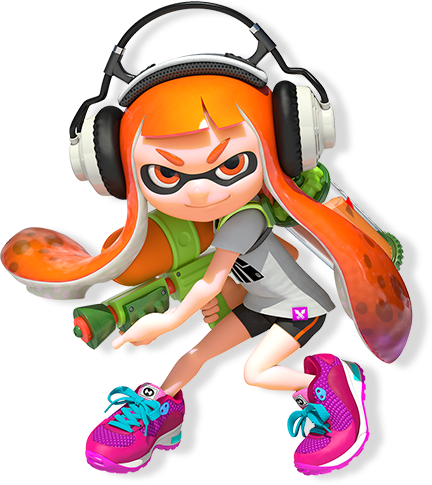 Before we end this off, I'd like to put a couple of my thoughts into this, since I have a good amount of experience with gaming. For one, I am by no means a fan or expert of shooting games. Although I do not like them, I have tried out a few and ended up performing pretty badly.

One of the main things that kept me from shooting games is how realistic many of them are, and the amount of violence that takes place. I don't really like the act of shooting another player with a realistic looking gun in a graphic manner, so many of the games lost my interest immediately.

However, Splatoon pretty much solved all my problems when it came to the genre. There's none of the above present which allows for fun and smooth game playing for me. If you've kept up with my YouTube channel, I've started to even upload a bit of my game play up there.

So I feel that although people like me may not make up a big group of the gaming community, we are still an important part of it, so hopefully other companies will take note and release more games that follow Splatoon's ink trail!

With that being said, I think this post sums up a good amount of reasons why Splatoon is such an important game, and why the release of it might have a lasting effect on the entire gaming industry. (Or at least the shooting genre.) Let me know in the comments below what you think about Splatoon. Do you like it or dislike it and why? Do you think its nice to see games that have something for everyone, or would you rather gaming companies to focus on a single group?

As always, thanks for reading!