Anime Blogging: When is the Right Time to Post? 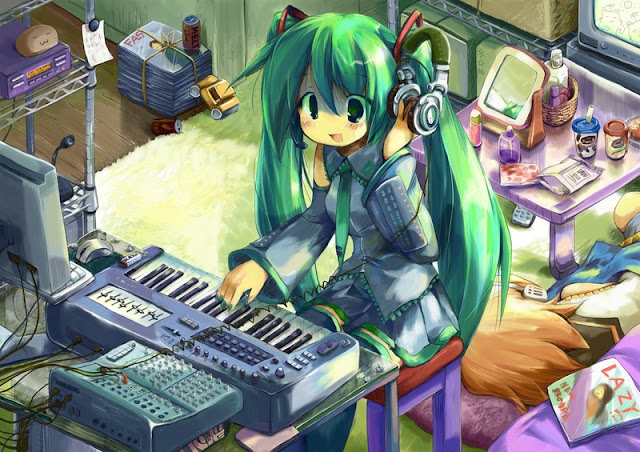 When it comes to anime blogging, it's almost a necessity to ask many questions. When I first started blogging, I used to be quick to send posts through, without a second thought. I later found out that doing so wasn't always the best approach, because it led to posts that were riddled with errors. With that being said, I think one of the most important questions for an anime blogger to ask is "Should I publish this post now? Is this really the right time?"

From my perspective I struggle greatly when finding the right time to post. Due to differences in scheduling, I have time to blog only at certain odd moments such as 3:00 A.M. in the morning and other crazy times. Despite this, I never wanted to post at such moments or I never wanted to save a post for later and automatically set it to post at a different time. I've had a deep need to post my thoughts when they're fresh, which is somewhat detrimental.

Obviously though, this can lead to a good amount of complications that can halt the progress in a otherwise active blog. I feel like this goes all the way back to wanting things to be completely free of errors or faults before showing it to the world, which is sometimes not a decent thought process.

I have learned from many resources and other bloggers that the most accurate way to post is to either follow a set routine or to only post at specific times during the early parts of the day. However, this can also be kind of harmful especially if your blog has worldwide viewers, who read and view your posts at different times of the day. If you run a blog like that, then you'll be posting at a bad time for at least one person who views your blog, but I still don't think that should be a deciding factor.


So when trying to determine the right time to post, it's best to learn about yourself and your readers first. I don't believe in focusing on one group, yourself or the readers, separately. Both groups are very important, and need to be taken care of. So when you know what your readers feel best with, and what you feel best with, its finally time to form a compromise. That compromise is your posting time.

Aside from that, for me I've realized that there really is no right time to post. Technically there is when it comes to optimization for blog views and all of that, but if you're not happy and you're readers aren't happy, then I don't believe all of that matters too much. I've met many bloggers who had very little amounts of views and are happy with what they have. Others are grateful for their large amounts and shower them with large amounts of appreciation. I believe that is alright as well!

However, I believe focusing only on raking in views is not a good way to post or to run your blog at all. So for anyone whose blog posting schedule has halted due to such reasons, this post is for you. There really is no sole right time to post; it is completely up to the blogger themselves. As long as your blogging is making you happy and your viewers happy, that is ultimately all that matters.