Although not always brought into the spotlight, the term body swap, (along with gender-bender and gender swap) has been present in anime for the longest time. Body swap involves an exchange between two people, typically a male and a female, in which they inhabit the other's body for a period of time. These anime may be seen as weird and unusual, but are there hidden meanings behind these series?

In a way, body swap can be seen as a curse or a power. There are instances of it appearing as both, but for the sake of this post we will only be examining the positive. For one, body swap does something that's usually not seen in a real life situation, at least in the same shape or form. Swapping with someone allows you to experience their version of the world, contrary to experiencing your own most of the time. Of course, such an experience opens many opportunities for both sides.

Unfortunately, I do not have much experience with anime that feature these activities, so I won't be able to provide a large amount of knowledge of this subject. Despite this, I have finished watching a new series that puts this trope into frequent use, an anime by the name of Yamada-kun and the Seven Witches.

At first the anime may be somewhat misleading. The title speaks about witches which may give off the impression of a more action-based anime. While this anime does have action, it is not the main focus at all. The focus is that it goes into the supernatural, but in a different way than usual. There's no demon lord or demonic background behind the main characters, and there's nothing going on with ghosts of any sorts, but there are tons of unusual events taking place, specifically in this sense, body swapping.


This post may contain minor spoilers, so please beware. 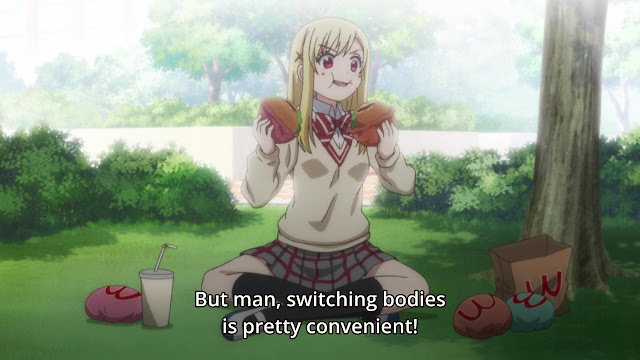 To summarize the anime, Yamada (blue hair) is a delinquent who attends a high school. He goes about his days normally and alone, but bumps into a girl by the name of Shiraishi Urara (blonde hair), who is prestigious, intelligent, and a successful student. The two come from completely different worlds, but after accidentally falling down the stairs together, they kiss and find themselves in each other's bodies.

As the plot goes on, Yamada finds out he has the ability to swap bodies with other people and by doing so, he begins to learn more about them and his school. By seeing what they have to deal with and their ways of living, he begins to understand others more, and is no longer forced to spend his school days alone.

While this is true for majority of the characters that take part in the body swap, Shiraishi is the focal character. Yamada and Shiraishi at a glance, come from two completely different worlds. One is a delinquent who doesn't follow the rules and ignores what he is told. He is also prone to using force to solve his problems rather than careful thinking, but has a "never give up attitude." Meanwhile Shiraishi can be seen as his complete opposite. She is the perfect student, a quick thinker, calm and collected, and popular with both the male and female student body. Many people would think that a union between these two, whether it be friendship or romance, is a recipe for disaster.


However, the reality is that, these characters aren't that different at all.

In the anime, specifically episode one, Yamada swaps bodies with Shiraishi and goes out of his way to cause her a problem. He doesn't think much of the girl, while Shiraishi doesn't think that much of Yamada at the time either. Upon going through the school day his attitude changes as he finds out that Shiraishi is subject to bullying from her peers. He finds pretty of mean things, her locker is vandalized, her notes are scribbled over and ruined, and other passive forms of bullying are present.

I believe that this is the point where Yamada realizes that Shiraishi isn't living a perfect life and that there are multiple layers to a person. To add to this, he finds out that just like him, Shiraishi has been going about her days alone without any sort of friends to call her own. With that Yamada finds his similarity with the girl.

Later, Yamada confronts her bullies in Shiraishi's body and is promptly stopped before he can do any harm. The situation was then solved without any violence, with Shiraishi feeling thankful to Yamada for his help. Similarly to before, it was at this moment that she sees Yamada for more than the picture he is painted on the outside or by others, but as the real him that is willing to help those in need without any reward. 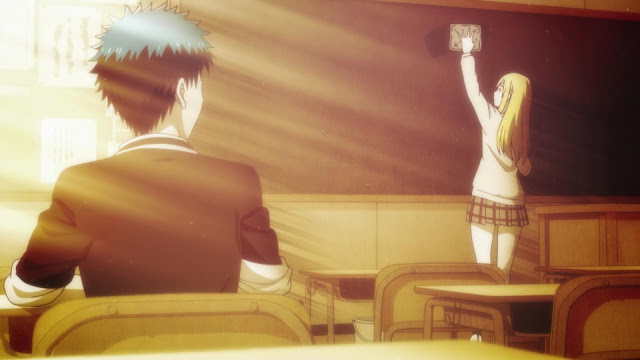 Once they realize these things, I think they both understand that they are actually pretty similar people despite their varying background. This would have been possible without the use of body swap, but I believe this example shows how helpful the ability can be.

So in a way, such a thing could be related to empathy or role-playing, allowing one to see life through another person's perspective. So although we may not be able to swap bodies in our world, we still have the power to accomplish the same through use of empathy and compassion, and encompassing the desire to understand other people. I believe this anime also highlights the fact that society's views or the opinions of the majority are not always correct.

I also believe that the same thing can go back to other mediums such as video games. Although many people stick to the traditional roles of playing as a character of their own gender, playing one of the opposite gives you a chance to experience something new. I feel there are too many negative connotations for this type of behavior, when it offers players a chance to live a different life, which is the premise of many role-playing video games. Although this is a topic for another day, I think it fits in very well here. 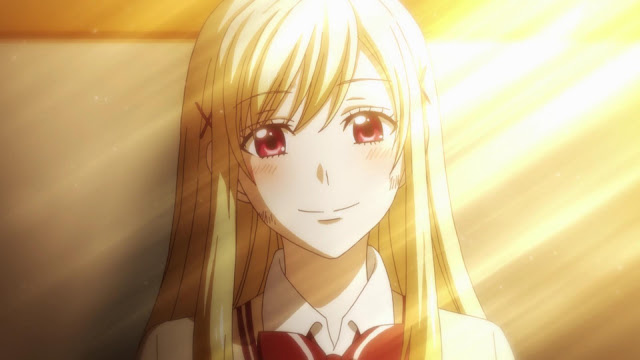 For my readers, how do you feel about body swapping/gender-bender in anime? Do you enjoy the genre? What have you learned from it?

Also if you haven't already, please check out the anime, Yamada-kun and the Seven Witches. While it features romance and comedy, the story has a extreme level of depth, and each character has many layers to unravel.