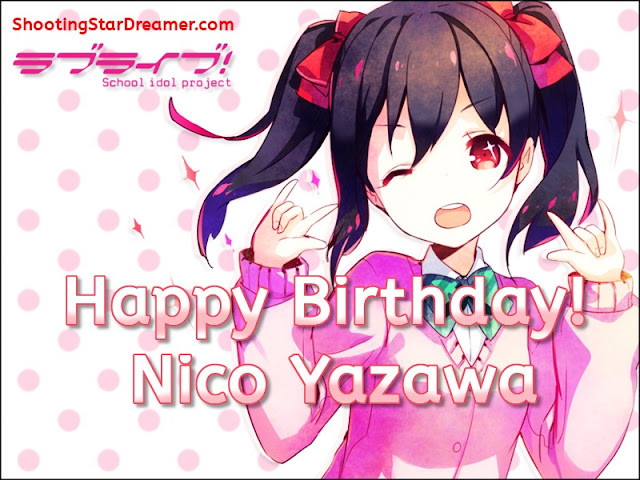 Today is July 22nd and marks the birthday of Nico Yazawa, a high school idol from the popular anime Love Live: School Idol Project! This post is a quick spotlight on Nico, a character who is not only adored by anime fans, but known around the internet.

As a quick overview, Nico is a pretty eccentric character. She is a third-year student in high school which is equivalent to senior level in the United States. This puts her age around 17-18, which means she's one of the older characters in the series. Despite this she still has a young appearance and is short in comparison to everyone else.

Being born on July 22nd makes her the zodiac sign Cancer, which is a water element. Characteristics of this sign are emotional capabilities and sensitivity. They also care deeply about the things important to them. This can be reflected in Nico's expressiveness and her devotion to her career.


Outside of the anime, Nico is also an internet sensation. Her trademark saying, "Nico Nico Nii" became a hit with fans and has gotten her recognition with the web community.  The video above showcases a popular remix using her saying.

With that, I'd like to wish Nico a Happy Birthday! If there's another character you would like to see on Shooting Star Dreamer, please let me know!