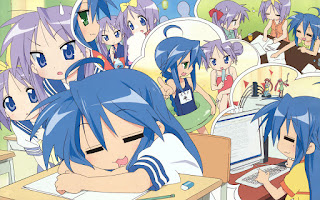 "Moe is a Japanese term used in connection with manga or anime to describe something precious, usually (but not always) the ideal of youthful and innocent femininity. Written with the kanji for "to bud or sprout" (萌), the concept covers a range of ideal behaviour for youthful female characters in manga or anime. To be moe, a character can be eager or perky, not overly independent, and call forth a desire in the viewer to protect them and nurture them. The term is also used to describe any preciously cute item; there is an animal mascot character store in Tokyo called Moe." ~Anime News Network

To some the whole Moe Genre is what defines anime. To others, it's the bane of the anime world. While Moe has changed the outlook of anime, is that necessarily a bad thing? I'm sure you all have heard different things regarding animation. "All anime is for kids!" "Why are you still watching cartoons?" However, the viewers know that those statements are untrue. It wasn't always seen like this before. Back in the day we had quality anime that didn't require little bright balls of sunshine running around. Look at Dragon Ball/Z, Sailor Moon, and Pokemon. Look what it's done to our pride and joy! Let's toss all of our hateful comments and insults towards these characters and series!

That's what I would say, if I wanted to be a blind fanboy. I do feel that thanks to these characters, anime is being seen as childlike and playful. Not necessarily a bad thing, but it's not a good thing either.

People seem to write off anime due to these assumptions. They even demand that such types do not even exist. Sorry that not everyone likes to make older characters or ones with unrealistically long bodies. Apparently to these people there's no such thing as freedom or expression in the form of writing. 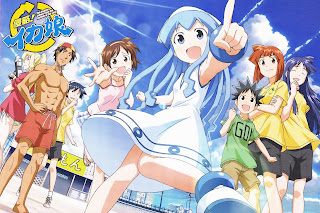 People seem to hold the past in high regard. We judge everything with our nostalgia glasses on. "This game is pretty good, but not as great as the old ones." "I would try this series out again, but it won't ever be as good as it used to be." They need to take them off, as time is still ticking. We can't go back in time, and we won't be able to anytime soon.

Now yes, there are  series that are extremely moe. The ones where everything is so cute and cuddly that it feels like your eyes are burning. Here's the blind fan speaking again, "Get rid of all of them, they're horrible!" Hate to break it to you, but Moe is acceptable by most fandoms.

Don't get me wrong, I'm not saying that the genre is better than everything, but no it's not all that bad. There are many good anime considered to be moe. An example of one would be, Puella Magi Madoka Magica. At first it looks like your typical magical girl anime, but by delving into the plot, the truth is revealed. There are darker themes held within the series, something not usually related to Moe. The point was made that you can also be cute and serious. 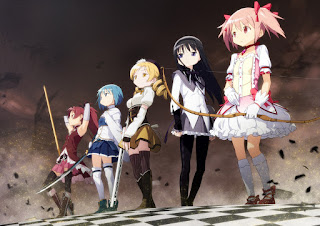 Now an opposite example would be To Love Ru. The series isn't all that bad, but it sets a bad name for Moe. The female characters are basically eye-candy for the viewer, and the plot isn't all that great. There's a lot of ecchi and fanservice involved. The characters do not have much of a personality, and are mainly static. 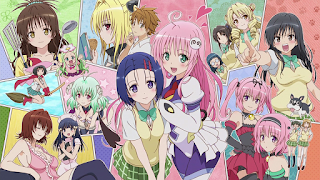 So to answer the question, Moe is not ruining anime. No, I don't feel it's a fad either. I just feel like it's a transformation anime is going through, and will eventually leave behind. Mecha was a popular genre until Moe took it over. Who knows what's next, maybe horror or shonen. People who say Moe is leading to the downfall of anime, are taking things too seriously. Either that, or they haven't experienced enough anime to get a good grasp of the situation. So take off those nostalgia glasses, and look forward, not backwards.