What Makes the Main Character? 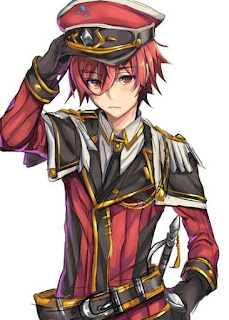 
The main character or protagonist, is usually the center of attention. They're known for being somewhat different than others, like an underdog, or master of a trade. We know of many leading characters, but what makes main characters so attractive; what makes them so worthwhile that the story naturally unfolds around them?

Instead of being some top ranked champion fighter, or a high class warrior, the protagonist is a normal person. They go about their business until something happens. Before we know it, our average guy is the possessor of some psychic ability. The orphan is the heir to an ancient clan. The silent genius is secretly psychotic. Each one is a normal character, with a twist.

It's the twist that ends up making the character. Who wants to watch a regular human being, when we are already living that life? It's almost the same as watching an anime about ourselves. We know what we're going to do, we have a daily routine or schedule, and nothing really changes. Sounds boring.

That's why uniqueness is so intriguing; it's different from the norm. Not only does the special attribute make the character more interesting, it separates them from the others. However, when taken to extreme levels, the main character may became either too strong, or too different from everyone else. The protagonist then overshadows all the others as they become merely stock characters. An example is Dragon Ball Z's main character, Goku. By the end of the series, Goku and the other saiyans became so much stronger than the others, anyone outside of the race was overshadowed.

Okay, what if they have no psychic ability or sixth sense? There's nothing magical about them, they're just human. Then what sets them apart from others?

Usually this falls down to their personality. Something about the way they act makes them stand out. When everyone else is afraid to speak out, who is the one to bark first? The main character. Chaos breaks out and all are in panic, yet someone stays calm and takes charge. Again, the protagonist to the rescue.

Either they're a natural leader, or someone who never gives up, their personality is different from the rest. The other characters usually realize it, and it's repeated more times than needed. The writers make sure to burn that fact into your mind until you think "This character has a unique personality, they are not like the others."

While I only used one example, the persistent underdog, there's quite a few that fall under this category.

Generic and Cliche, Yet Still Popular

No, the man above  is not Dante, sadly he is a walking cliche. Why, you ask? Let's check the list here...

Red eyes, red jacket, dark powers? Check. Really spiky hair that's also white? Another check for him. Not only does he have the appearance, he has the personality. He's an angry delinquent using excess amounts of profanity, bearing hatred for authority, while still maintaining a soft side.

Poor Ragna is full of these traits, yet he's one of the most popular characters in the BlazBlue series. How do they do it? Think about the following saying: "If it isn't broken, don't fix it."

The saying completely describes Ragna. While he is completely lacking originality it doesn't make him any less of a character. His traits appeal to a wide audience, and yet still make him an interesting character. He is definitely fitting of his role. Being one of the easiest characters to play in BlazBlue is just an added bonus.

It may sound somewhat trashy, but if you're lacking creativity, just combine what you see. A few main characters follow this pattern and are almost instantly popular with the masses. Who cares if they aren't original, they're still great characters.

Not all main characters fall into these categories, but they all have their own special ways of becoming the center of attention. They may be taken as a joke or they might annoy you, but they always find ways to get under your skin.

While no two characters are the same, it's obvious that the leading roles share similarities.