on April 05, 2014
I never thought that I'd ever write anything about shipping, but an interesting question from AniMarch gave me a great idea. While a lot of people argue about ships, compare the character's personalities, and decide who is the better couple, has anyone really taken the time to compare these situations to real life? 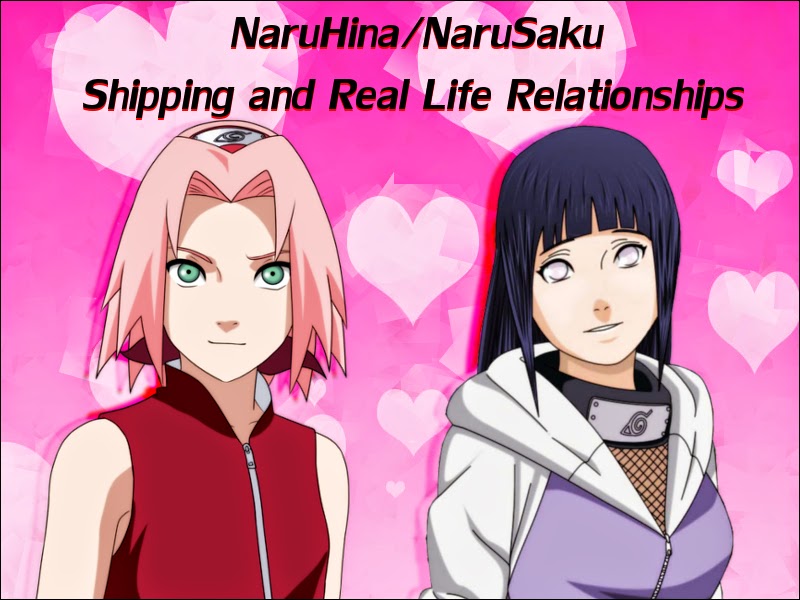 While I cannot speak for every place on the earth, in the United States divorce and relationship problems are a commodity. It's common to find single parents, domestic violence is present, and in relationships we tend to play a game to get what we want.

Since we're on the topic of relationships, let's bring NaruHina and NaruSaku into real life. I'll be focusing on these two pairings because they're the only ships I really pay attention to. Also a quick disclaimer; don't take this post as an opportunity to start flame wars. I'm not saying either is better than the other yet I might show a bit of favoritism. Let's all be happy and respect each other! 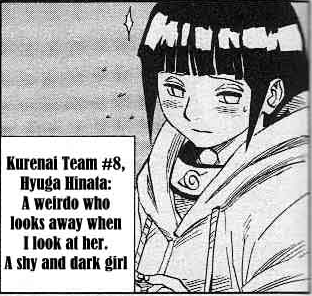 While looking at personalities in the anime world, it's easier and more well presented for us to see, due to knowing and seeing what characters are thinking, as well as having constant access to the material. In real life, this isn't always the case. So while these two are a good guide, a relationship in present day might be similar, but not exactly the same. Let's take NaruHina as the first example and look at the development of both sides of the pairing.

Naruto has developed significantly throughout his time as a ninja. When he was young, he was somewhat of a troublemaker, being isolated and looked down upon by the entire village. Naruto was breaking the mold of the village in a sense. Hinata, on the other hand was somewhat confined by the rules and regulation of the village. While she admired Naruto and inspired by him to change, she was basically near the opposite of him at this point of time, or so it seemed. 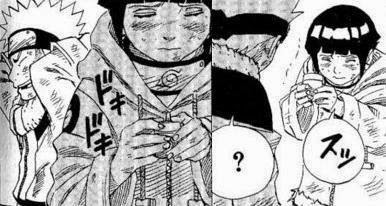 We can look further to see that as the series continue they have certain similarities. Both can be seen as an underdog, both have the same motive and life code they follow, and both experience changes in their personalities. They are dynamic, changing and growing unlike certain characters. Even with this, differences are still present.

Naruto's lack of a family, outgoing personality, appearance that makes him stand out from the rest, is heavily contrasting to Hinata's family of Hyugas, introverted personality, and blending in with the crowd. While both are different they aren't vastly different. The difference is just enough to make the interactions between them interesting, but not different enough to alienate themselves from one another. Let's bring this into real life. 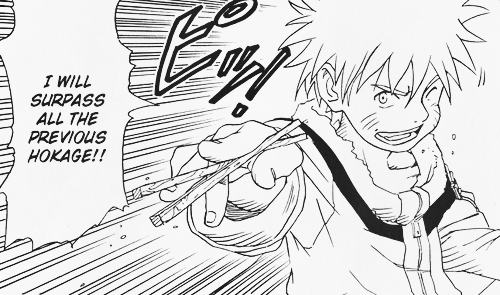 Have you ever heard the saying that opposites attract? In this case, the question should be "will opposites last?" The answer, in this case is yes. While different, they both have the ability to inspire one another to keep moving forward. They're both dynamic, changing and improving themselves constantly in hopes to be better, so there will never be a situation where one side will hold the other down. This is perfect in real life as a couple with a member who wants to grow and one who does not seek improvement, will conflict. 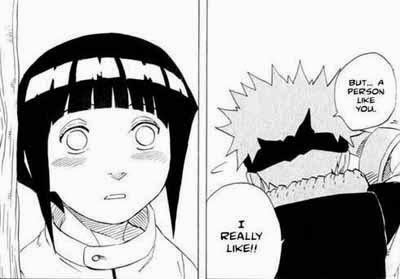 Their personality differences could cause problems such as misunderstandings, yet it creates a great mix of wholeness for the two, as instead of two of the same pieces, they have a half of each. When put together, it creates a whole. This is also perfect in a real life situation, as when one looks for a mate they look for their "other half." In a way this can be related to yin and yang, two parts of the same whole. One cannot have yin without yang.

Let's move on to NaruSaku now. While NaruHina is like yin and yang, NaruSaku can be related to yin and yin, or yang and yang. Instead of two different pieces creating a whole, we have two of the same pieces. While this can work, it's a bit more unstable due to lack of balance. Before moving onto to this type of relationship in real life, let's look at Naruto and Sakura's interactions and characteristics. 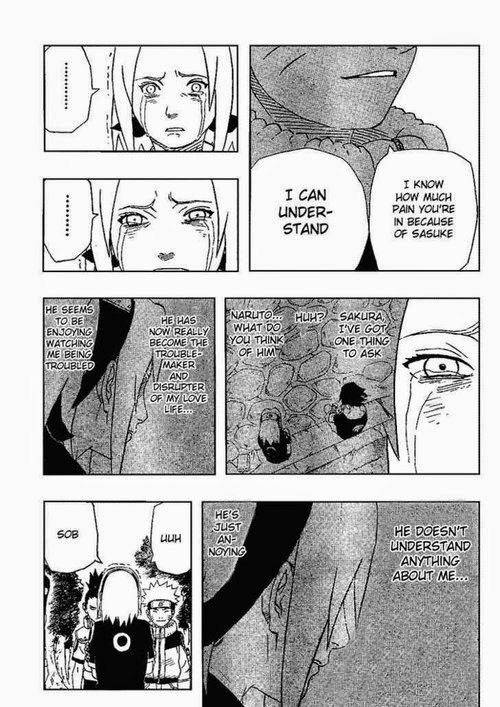 While Naruto and Hinata are able to relate to each other due to being somewhat underdogs and having similar mindsets, Naruto and Sakura don't have this capability, at least not in the same way. The connecting factor that grows between the two is the recovery of Sasuke, starting with Naruto's promise to rescue him for her. Throughout the time, the relationships is very one sided, leaning more on Naruto's side. 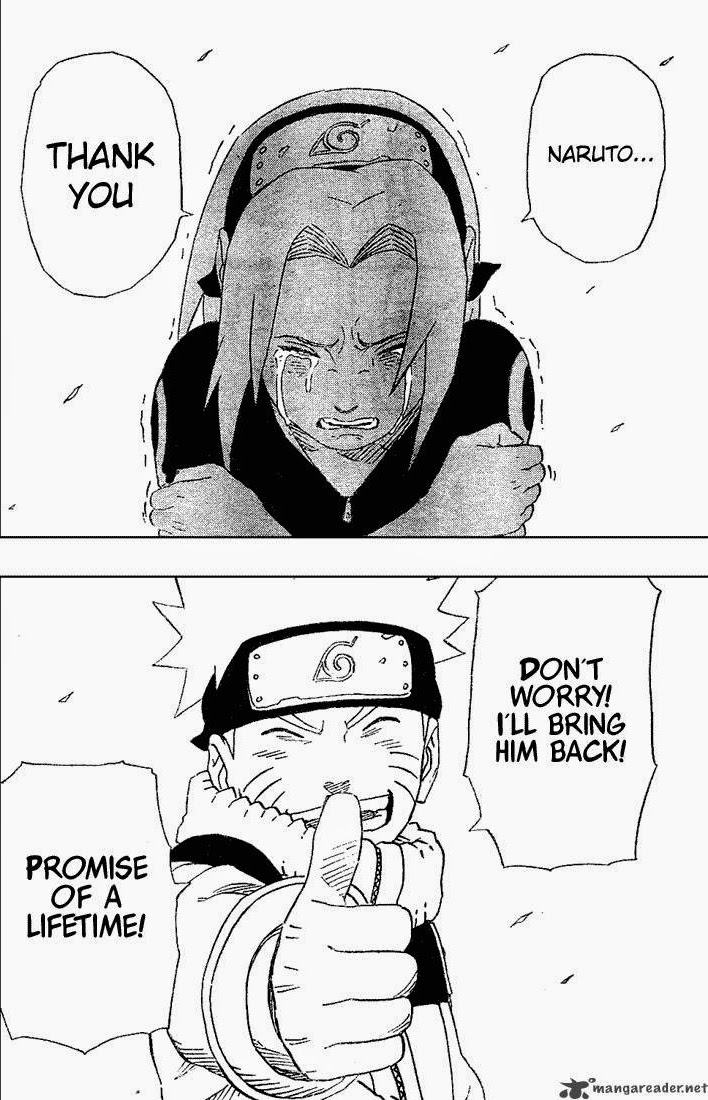 While they have similar traits, such as being outgoing and stubborness in on way or another, their beliefs and morals don't line up very well. Sakura had little respect for Naruto when he first joined, looking down and him and treating him as a nuisance. Naruto didn't typically treat people this way, unless he was going against authority or rules. Even Sasuke notes that this was something that Naruto didn't really deserve. As we see later, Sakura eventually warms up to Naruto completely and begins to shift her own views that somewhat match hers. While Naruto is growing, Sakura also grows, but they grow in different ways. 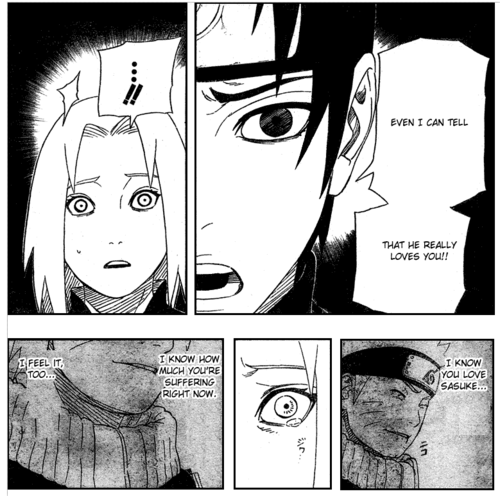 When Naruto eventually sets off to confront Sasuke, Sakura takes advantage of his feelings for her in other to keep him from leaving. While this may seem worse than it really is on paper, we can see that this sort of manipulation is something that is bad in every day relationships. One should not manipulate the feelings of someone they care about to stop them from their goal. Sakura did not do this in bad spirits; she was simply trying to protect Naruto.

Despite this, they still bring out good traits in each other. Sakura keeps Naruto moving forward towards his goal and Naruto serves as an inspiration for Sakura to get stronger. However, they aren't as dependent on each other as NaruHina. Disregarding this, they have known each other for a long period of time, and have an interaction that can't really be compared. They have the closeness of siblings in a sense, and have been through times that are difficult and manged to prevail, something that Naruto and Hinata haven't really had the opportunity to do. 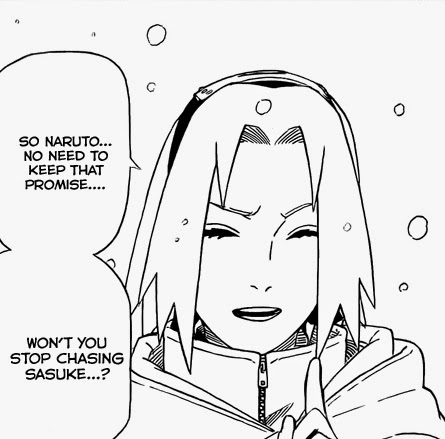 Though, let's examine this relationship in a real life setting. Sakura's violence against Naruto would definitely not be acceptable in our society, as it could be related to domestic violence. However, both are dynamic and are working towards their own goals. They would most likely not need the support of each other and would be able to manage easily. With their outgoing personalities, they are most likely to lead instead of follow. With this relationship they might face more troubles than NaruHina, but less misunderstandings.

From examining the relationships of fictional characters, we can learn a lot about real life interactions. In my opinion I'd prefer the NaruHina relationship with contrast but balance, compared to the double edged sword of NaruSaku.

Sorry if this post was long! If you managed to read or skim through it, I thank you!