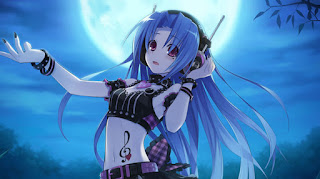 Even if you haven't seen Bleach, you need to hear this.

Stereopony was a pop rock band that formed in Okinawa, Japan in 2007 and disbanded in 2012. The three-girl band consisted of Aimi Haraguni (lead vocals and guitar), Nohana Kitajima (bass guitar), and Shiho Yamanoha (drums). They were signed to the Sony Records music label. The band released 11 singles and three studio albums.