Is Trolling Now the Norm? 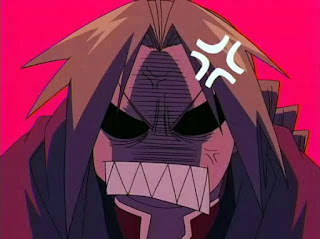 Last time I promised to show a bit of my convention merchandise, but I would like to do a more serious post for the time being.

Pretty much everyone online knows about trolling. If you've never heard of it, trolling is basically the art of making fun or tormenting others for ones own enjoyment. No, it has nothing to do with trolls you see in storybooks and fairy tales. It's something that's become the norm in the online world.

Hold on a moment and replay the previous statement. Trolling is a norm in the online world. So it's pretty much normal to treat others badly? I don't know about anyone else, but to me that's not a good sign. We shouldn't belittle others for our own satisfaction. What does that say to us as a whole?

Then again, trolling is supposed to be for fun and enjoyment. It's not supposed to be serious. There's been an increase of these antics especially in online gaming. The video below show's the popular game Minecraft as example. Guides have been made with trolling specifically in mind.


Trolling is always followed by the signature troll face.(As seen in the video thumbnail.) When browsing the web you'll stumble upon this every now and then. I know it's supposed to be a joke, but could trolling have negative effects as well? What if one gets tired of taking such abuse? Well, apparently there was someone who thought the same way. Just take a look at this article.

It pretty much sums up the who, what, when, where, and why of trolling. The part of unintentional trolling especially; I'm sure some of us annoy or prank others without realizing what we're doing. However, could this be an effect of trolling in our online society? Would we all be nicer people if we weren't around all of these name calling and insults?

Well, the answer isn't clear, but I think so. Taking a look at the trolling techniques in the article, what makes trolling different from bullying? Just because the injury isn't physical, doesn't mean it's any better. It is extremely rage inducing dealing with trolls, especially when one is trying so hard to be good-spirited.


Yet, when you try to act this way and ignore the crowd. You're bombarded with comments such as, "Why are you such a stick in the mud?" It's almost as if you're forced to join the crowd; it's another form of peer pressure. People even congratulate you for trolling, seen as a way of acquiring glory and fame.

So maybe trolls feel so worthless that they must result to hurting others to raise themselves up. Sounds a bit similar to bullies right? Why else would they do it? Feeling high and mighty because one's on the internet is no excuse. Just because they can't see you doesn't mean you should lose yourself.

I encourage everyone to take a look at their actions. Are you happy with yourself? Do you treat people with care? Joking around is all good and fun, but joking and trolling are definitely not the same thing. Try to stop trolling.