The Difference Between Fandoms 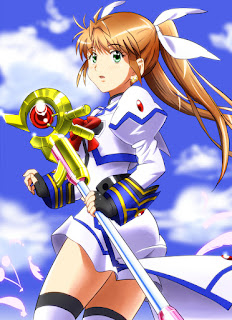 At a glance the otaku community seems completely united. Everyone comments on how "it's all the same." Apparently there are no differences between the fandoms. Sorry, but that statement is completely wrong. While it's hard to tell via the internet, I was able to compare and contrast each fandom in person. I began to notice minor differences between the actions and mannerisms of the members.


Last weekend I was lucky enough to attend Khaotic Kon. I had a fantastic time, meeting tons of new people. Of course I attended panels, enough to get a glimpse of the different fans that were present. One thing that I  noticed, aside from the lack of certain groups of people, there was little intermingling between the sections. (Again, this is just from my point of view, I'm no convention expert.) I was one of the few people to travel between different genres of panels, going from gaming to anime trivia to Pokémon. Only a few familiar faces stood out in the crowd during my trip.

So what causes this? I'm not really sure myself, but I felt the personality traits were based upon the fandom's subject. A huge reference to my other post, right? To cut the explanation short I'll just go over my experience.

Attending the first panel, I entered the room and took a seat. Gazing around the area, there was a very minute amount present. Only around ten or so as I estimated. It was my first panel of the convention, and I wondered if the rest would be just as empty. Well, it continued on like normal as they showed clips of gameplay. I noticed that there wasn't much interaction with the crowd, the panel was mostly centered on their opinions. We stopped every so often to have a quick discussion, but it mostly involved one con-goer in the room.

It was nice to attend, but majority of the game choices didn't fit my style. I guess maybe because I'm not into what's considered "mainstream." I'm more of an fighter/rpg kind of person.

Anyways, I took the time to examine the people sitting in the room. They were hunched over, leaned towards the TV screen, without blinking. Others sat writing notes down on the upcoming games. There was even talk about the Wii U, and how no one ever plays that. I was pretty much the only one in the panel who actually liked the console.

What really stood out to me was when we had a few people peek in towards the latter parts of the panel. They didn't really acknowledge them much, or even speak to them. They left in a few minutes of entering, I guess they didn't feel much at home? To be honest, the atmosphere wasn't that inviting.

One of them really stood out to me; a certain young man who entered the room. He asked what the panel was, followed by a few other questions. He wasn't rude or anything in his manner of speech, he was just talkative. They reacted to him as if he were a weirdo, and blew him off. For some reason, that didn't sit well with me. Later an argument ensued dealing with the games, which resulted in raised voices and profanity. I soon left after that confrontation.

Let's skip to the second panel. It dealt with a little trivia game related to the names of anime. One had to name an anime starting with a certain letter of the alphabet. I won't delve too much into the rules, but it was pretty fun to play. I instantly picked up a difference between the two groups of people. The ones running this panel seemed friendly, and they invited others who passed by with open arms. The audience was pretty much the main focus of the panel, and they even spent time making small talk with some of the players. I also noticed that others started to help each other out, almost naturally. The panel was very interesting, and much larger than one before. It continued to grow in size as time passed.

The last panel, was the Pokémon Party. I arrived to this one a bit late, but I was glad I showed up. The room was full to the brim, with people standing up if needed. I had no clue that there was a panel this crowded, compared to the others which were either empty or of a normal size. The atmosphere was inviting, I felt completely relaxed seconds after taking my seat. The fellow next to me was pretty conversational as well; he had never met me in his life, yet we talked like best friends. The panel was completely focused on the audience. The people attending seemed different from the former panels, but of course there were a few like me attending multiple panels of numerous fandoms. One thing I can say about the Pokémon fandom is that they really know how to have a great time!

That was pretty much my full experience, minus the minor details in between and trips to the vendor room. I'll post later  if you're curious about the cool stuff I picked up while I was there.

As you can see, the fandoms are in no way similar. There were a plethora of differences between them, enough to stand out. I can't really say that any of the fandoms were my favorites, but they were all pretty interesting; even if they weren't as polite as they could have been.