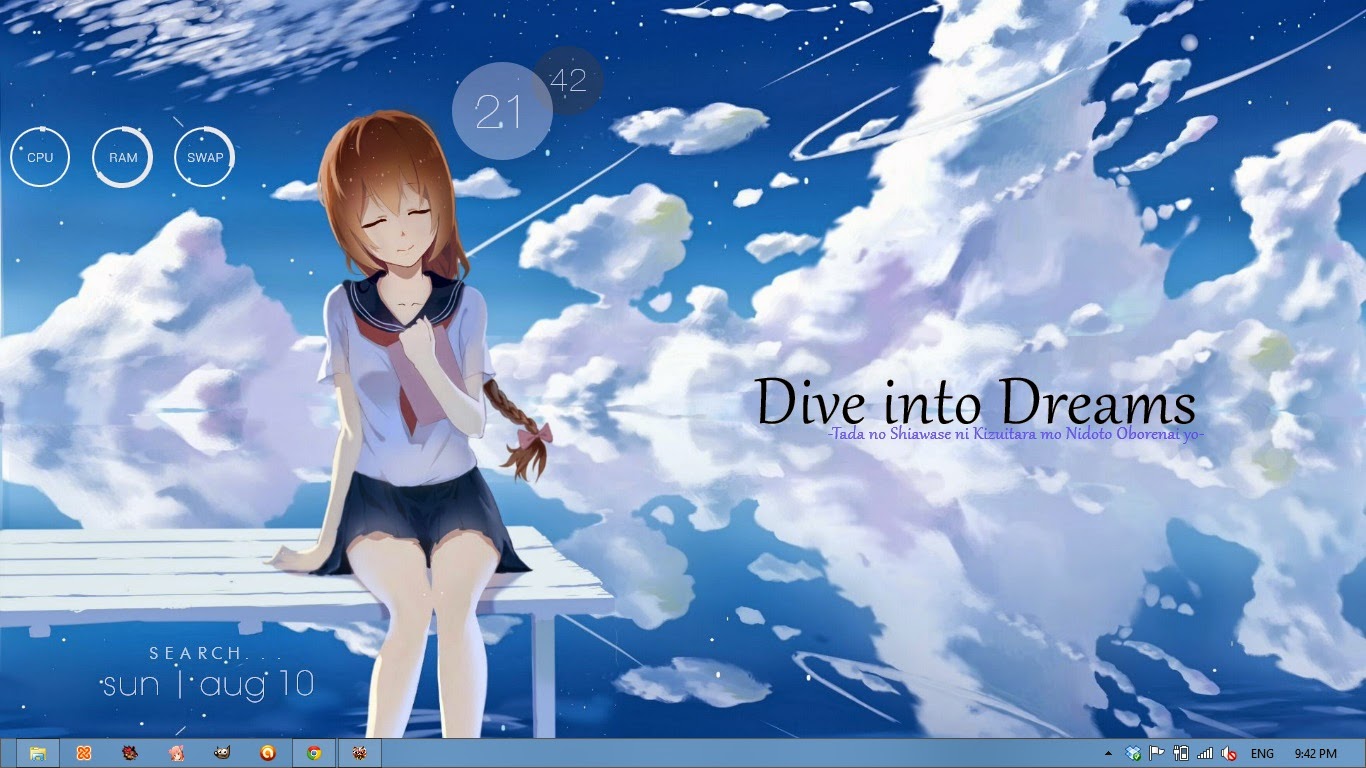 Hey guys! So college is over and I took a few days off to improve myself in some ways. I would like to do a post on an anime series I just finished, but you can look forward to that next time. For now, I'm going to show you a bit of my customization I've worked on. If you remember, I used to do posts like this awhile ago, but was forced to stop due to computer issues. I'm working with Windows 8 now, and getting used to it slowly. However, by taking advantage of Rainmeter, I was able to create the desktop layout as seen above.

When I design anything, it's usually inspired by some sort of song or feeling. Since we're still in summer time, I kind of wanted to stick to that theme. I decided to use a lot of blues to give a nice cool feeling, (the heat is killing me!) and any form of water to follow that. I tried to do a lot of things that were somewhat complex, but they ended up a mess. So I decided to go for a minimalist approach. Sometimes less is more right?

For my song of inspiration, click here! Don't worry guys, you can expect an anime related post soon. Until then, see you later~