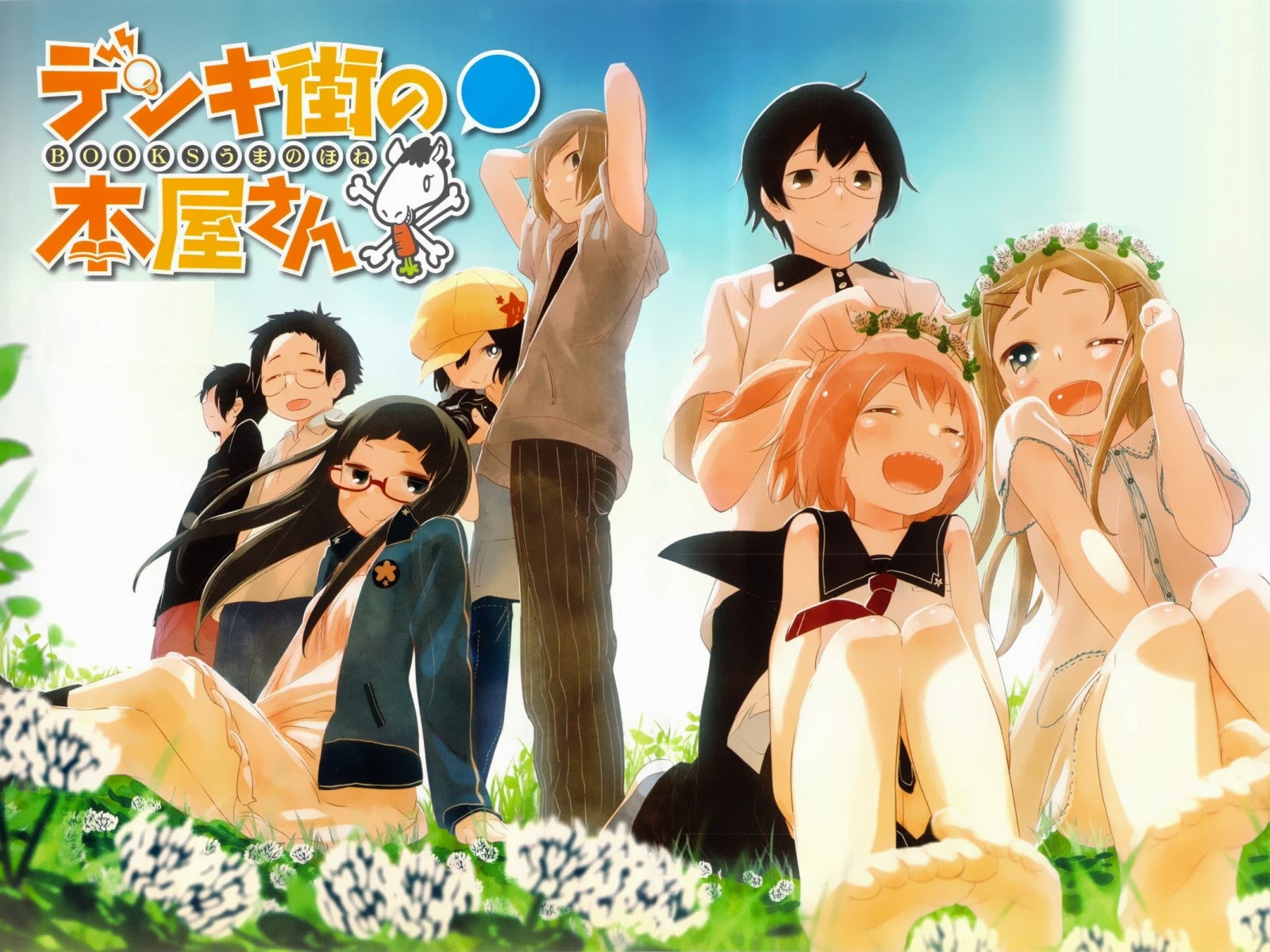 The new season of anime has begun, and as promised, I've started watching the series I placed on my watchlist. So far, I've been really enjoying a certain one more than the rest. That's right, Denki-Gai no Honya-san. So I'd like to share my thoughts on the anime with you guys, hopefully you don't mind!

First things first, if you're a passerby or if you haven't read any of my anime specific posts, then you may not know how things work. I don't really do reviews or talks on each episode. Instead, I'd rather just give my thoughts on the series, and let my readers go forth and view the anime for themselves. With that in mind, let's begin!

Denki-Gai no Honya-san, or translated The Electric Town's Bookstore, is a series that focuses more on slice of life aspects. All of the key characters work at the bookstore, which is stated in the name. Most of the characters are referred to by nicknames, and from the first episode, there aren't really any definite ages or other information. Here are the characters that were introduced.