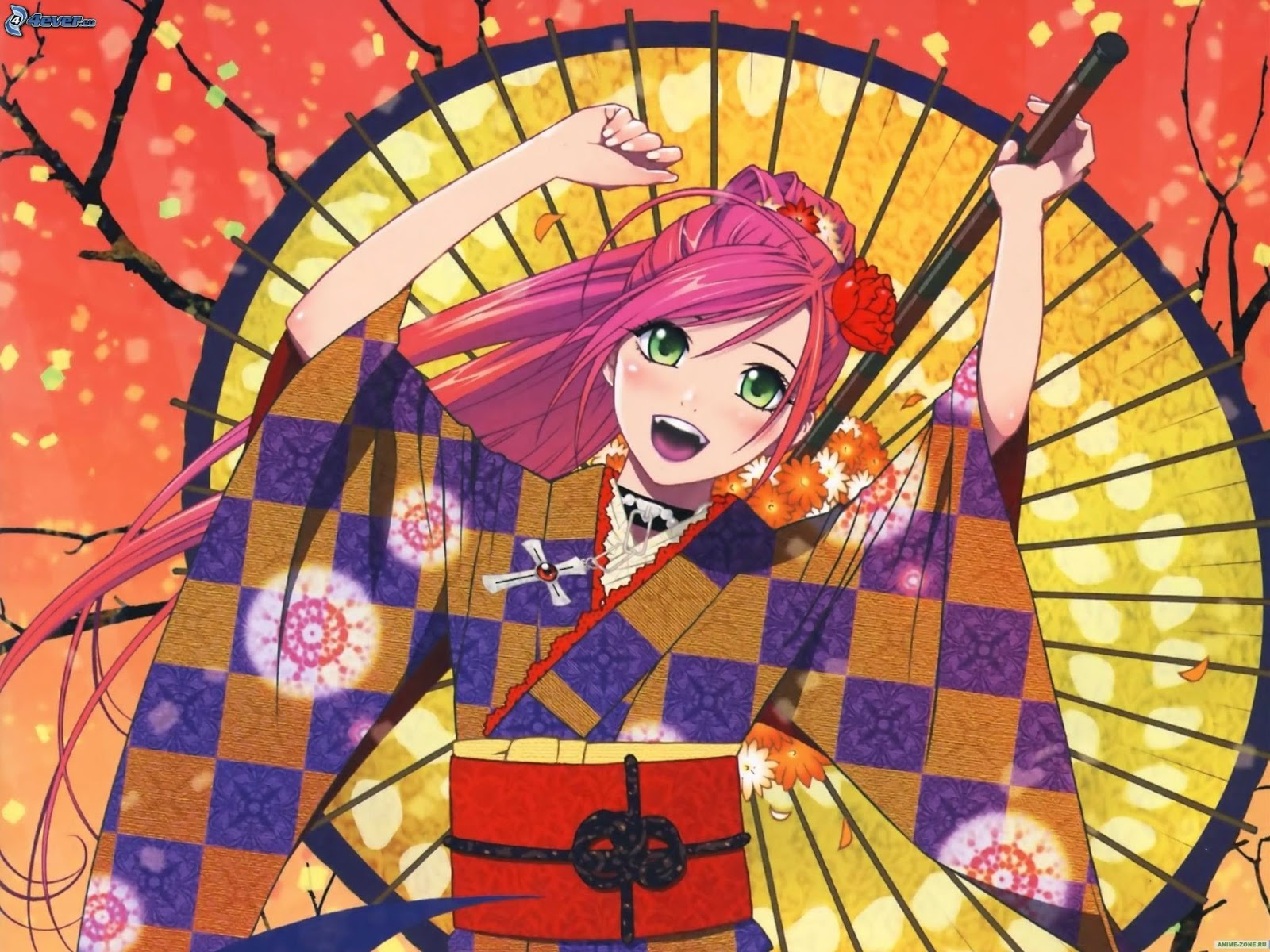 Hey everyone! I've finally gotten time to write again. I just recently went through midterm week at college, or weeks, but I've fought through the storm and I am alive! Since Halloween is coming soon, I would like to do a little something for the holidays. I haven't figured out exactly what yet, but please keep a look out for a Halloween Announcement.

So while I've made that clear, I want to address another Halloween related topic today. There's a lot of anime out there in the world, but only certain ones work the holidays into their plot. It's even better when they're airing during the holiday season. Despite this, there's a few anime that stand more than others.

So today I'm going to discuss a few of my favorite Halloween episodes! Even if you're not a holiday person, I advise you to take a look since you might find an anime you want to check out. Also, I'm going to work in a question with every anime, so if you have the time, drop a comment with your response!

If you know me at all, you should know how much I love Yamada. In fact, B Gata H Kei is one of my favorite anime. While this isn't too much of a Halloween episode, the class decides to do a haunted house for the school festival, and we get to see a few characters in costume.

For anyone reading, I definitely recommend B Gata H Kei to you. It's not necessarily a serious anime, and it might not be the best for everyone to watch, but I feel that it's really unique. The characters are all interesting and funny, and Yamada herself is a character I've never seen in anime or any work of fiction.

This brings us to my question, if you could cosplay as any anime character for Halloween, which one would you chose?

Okay, I know I said favorite Halloween episodes, but there aren't really that many. So instead, I'd like to recommend two anime that would be really great to watch around Halloween, because they give off that kind of feeling.

The first being Rosario + Vampire. To me it just screams Halloween. Most of the characters are monsters in some way, shape, or form. That doesn't necessarily mean that they are freaky, mutated ones, but monster in name. In fact, the whole academy is one for monsters. So if you're a monster fanatic or you just want a fun anime to pick up during Halloween, please check Rosario + Vampire out. Yes, it is a harem, but please don't write it off. Most of my favorite characters come from this series!

The second is Soul Eater. Towards the beginning it feels a little fitting to holiday, but it soon changes things up a bit. Still, the first episode has pumpkins, so that's enough to try it out right?

Still, I have to say that I really enjoyed Soul Eater. I think it's a great anime, (I have not read the manga yet) and I recommend it to all of my readers. If you like action anime, then it's definitely for you. It may seem a little creepy by it's name, but it's not as bad as it sounds. It's not insanely long either, so you can finish it in a reasonable amount of time. (I watched it a long time ago, don't hold me accountable!)

For starters, these anime are a little bit outside of my normal genre. I haven't read or watched much shoujo, but out of the ones that I have, I liked. So as I just stated, these two anime are Ouran High School Host Club and Vampire Knight.

I don't remember them quite as well since I watched them long ago when I was just getting into anime, but Ouran's Halloween episode is hilarious. To sum up the whole plot in a few words, let's just say it's about a Test-of-Courage-Tournament. Check it out!

In regards to Vampire Knight, like Rosario + Vampire and Soul Eater, the whole anime gives off a Halloween feel. I used to keep up with the manga as well, but I started to lose interest. That doesn't negate the fact that I greatly enjoyed the anime, and it was one of the first series I watched completely in Japanese. Again, I recommend both to my readers!

The last question, do you prefer a scary halloween or a fun halloween? Maybe a little of both? Why or why not? 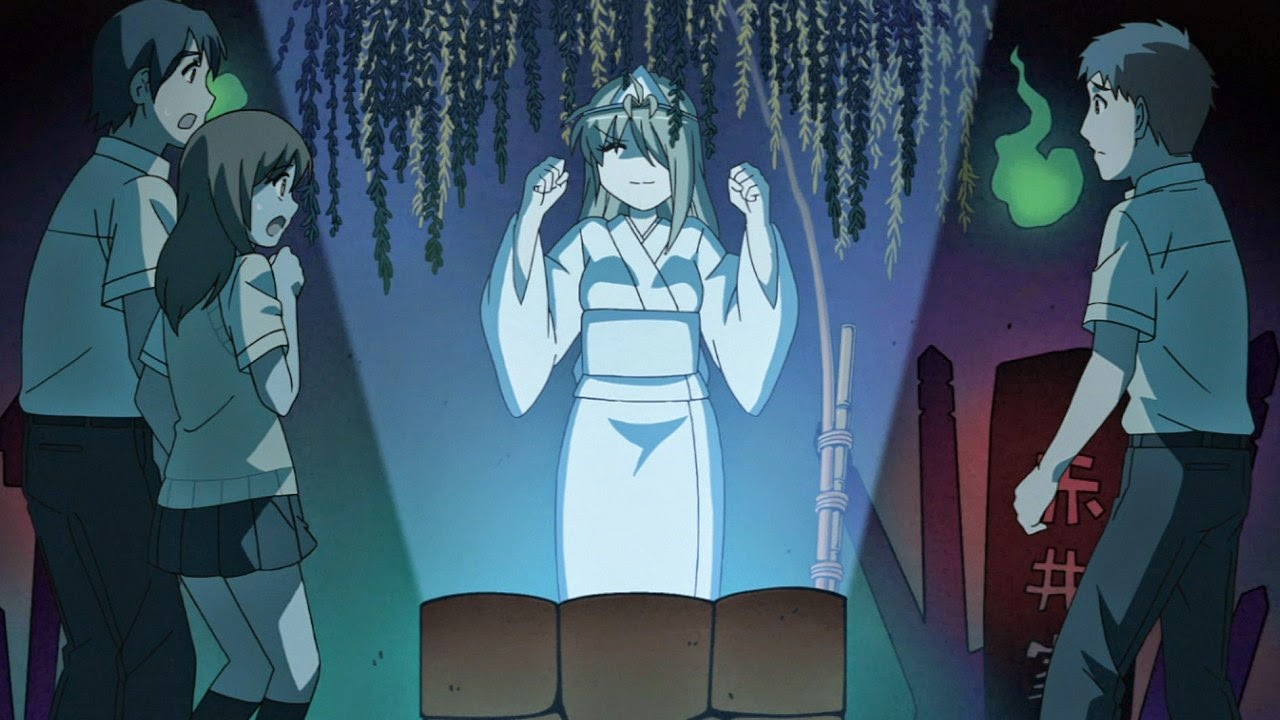 So that's pretty much it folks! Apologies if there aren't many Halloween themed episodes. I tried my best to select a few that I remember, as well as ones that stand out to me.

While you now know a few of my favorite anime, how about yours? Which Halloween episodes do you like the most? Are there any anime that you love with that Halloween feel? Please let me know in a comment!