Stand Up, My Avatar! 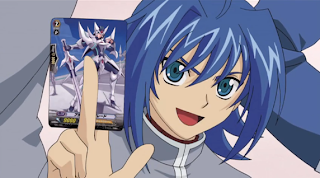 No, not the show on Nick dealing with air and fire. Sorry, I'm not talking about blue people either. How about the pictures we use to represent ourselves? Maybe, but not quite.


If you couldn't tell, I've become interested in a new series. Yes, it's Cardfight!! Vanguard. A while ago I checked the series out, and fell asleep instantly. Fast forward a bit, and here we are. I picked it up one more time, and loved it. It's one of the best animes I've ever seen.

What really drew me in was the main character Aichi Sendou. He's a timid, soft-spoken boy, who is looked down upon. No one thought much of him, and he lived his life looking backwards instead of forward. All of this changed once he got involved in the game known as Vanguard. 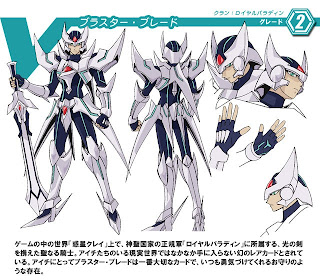 Looking at Aichi, from almost every moment of the series I could completely relate to him. It was as if I was looking at myself in the mirror. Seeing him grow and develop as the anime progressed even made it more realistic. Yet, also like me Aichi is looking at others. He sees certain people as role models, much like I do. He wants to be like them, especially like his first card, Blaster Blade. Even going as far as reciting, "Stand up, my avatar! Ride...Blaster Blade!"

Blaster Blade becomes more than just a knight clad in shining armor, or a flimsy piece of paper. He represents Aichi, and what he wants to become. A strong knight that can protect everyone. The feeling is mutual. 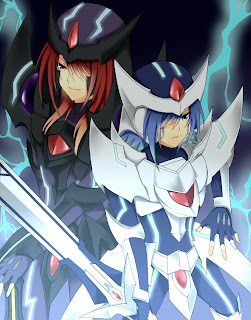 As the plot continues, Aichi soon put himself in the place of Blaster Blade. He's the one fighting, he's the one in the armor. The game soon becomes part of his reality, as he envisions himself as that knight.

The same happens to me. When I see a character that I really click with, I envision myself as them. They become a part of me, and I experience reality through their eyes. I also tend to take on some of their traits as well.

While other card games might be inspirational, or some feature more darker themes, (Yugioh for example.) I feel Vanguard takes the cake. It's one of the most influential card games I've seen.

We learn that becoming obsessed with winning and getting stronger can lead to your downfall. We experience the trials of learning a new game or hobby. We immerse ourselves in the world where our cards become our allies. We remember that when times are tough, we can always count on our friends. Finally, it shows us that anyone can get together and have fun. 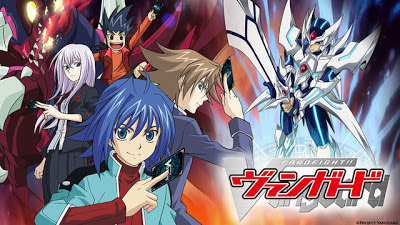 I think this goes to show that card games aren't childish.  From watching Cardfight!! Vanguard, we learn that everyone has an avatar. Someone who they admire, look up to, or maybe someone they would like to be.

Who is YOUR avatar?