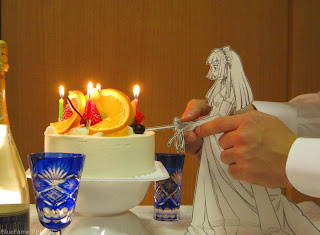 Ever here people saying anime lovers need to get their head out of the clouds? They say that we need to live in reality. Well, those people must be unaware of the benefits of embracing fiction. 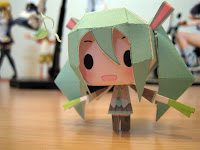 Let's kick off with creativity and imagination. If you're living in the real world all of the time, how can you imagine anything? How can you have creativity? The answer is, you can't. Or if you do have it, it's a pale imitation of an otakus. Take a look at Deviantart for example. Yes, there's a decent amount of other art among the mix, but how many anime artists do you see. A good amount right?

In fact, earlier today I viewed a picture of a Japanese farmer who actually created an image of Naruto in the rice field. If that doesn't count for creativity, then I don't know what does.

Now what about reading? Tell me fellow otakus, do you find reading books boring? What about visual novels and manga? People wonder how we can sit and read for hours on end. The answer is simple, reading a book is like watching a movie. 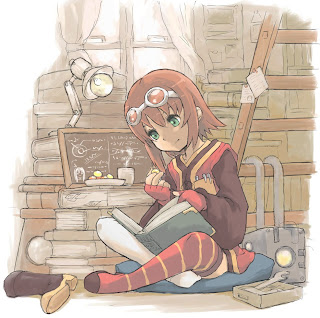 Hear me out for a second. I was sitting in class like my normal day, but we're reading through a textbook. You can tell by the look of disgust that my classmates definitely are having trouble getting through it. Later we met back at the dorm, and I asked them why they found it uninteresting. They gave me various answers ranging from "It's just boring." to "I don't care." I decided to ask them if they got the picture in their head when they read. Surprisingly, they all answered no.
Huh? That's odd, I thought. In fact, I was one of the few people in the dorm who actually stated they had that picture. Now, out of everyone, I'm one of the only one's considered "otaku."
Taking a trip down memory lane, I remembered asking the same question to a few of my other friends, who considered themselves to be otaku.

They replied yes, they did get that picture.

Again, how odd. Not only did they understand what I was talking about, they could go into great detail about why reading was so interesting to them. It was like a movie in their head. So, again what could be the deciding factor between the two? Well the only answer is anime.

I think the same can even apply to gamers. Ever hear that gamers have more than one life? Instead of living one life like the average person, they live multiple through their games. Why have one when you can have many? In this sense gamers should have the same sense of creativity, imagination, and reading skills as otaku. Besides, if you're living multiple lives you're also gaining the experience of multiple lives. Could this be why gamers have such high intelligence?

What do you think?