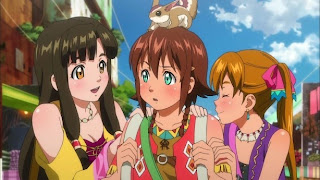 Hey guys and gals, it's time for second edition of Suisei no Gargantia! From the previous episode, Ledo lost contact with the rest of his comrades and is stranded on an unknown planet. Not knowing the language or any means of communication, he decides to that taking a  hostage (Amy) would be the best plan of action. He gets chased down for a few minutes, and eventually has to call on Chamber for assistance. 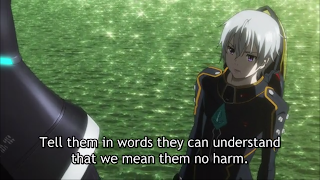 Well, the next episode continues directly from the cliffhanger. Ledo finds himself under the watchful eye of the citizens. Chamber manages to express that they mean no harm, but they still lack a form of efficient communication. 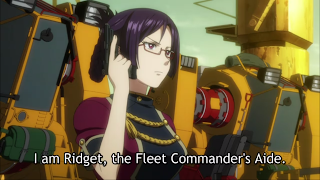 Many of the people are dumbfounded by the fact that a robot is speaking on it's own, and Ridget, the aide to the Fleet Commander, goes as far as calling the supposed person  inside out of hiding. We then finally see the opening.

After the colorful graphics, we come back to the scene of Earth, this time focusing on our heroine Amy. She runs through the streets, and later is questioned by others about her experience being a hostage. She gives them a few words on Ledo, but doesn't think much of his abrupt actions. She then continues on her path and para sails down to a ship-like structure. 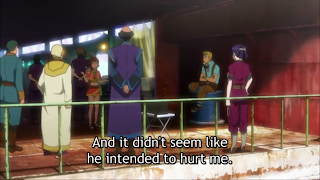 The story then takes a turn, and we get our first look at Amy's brother. Oddly, he barely resembles her aside from certain facial details and eyes. He's also bedridden, and has a fascination with ships. Yet there are still questions to be answered regarding his condition.

The rest of the episode includes a few random, non important scenes. The key scenes take place later on, when Amy offers Ledo some sort of dead marine animal. Although they cannot understand each other, Ledo accepts the gift and thus their friendship is formed. Later a few pirates make their way onto the scene, and we see the massive destructive force of Chamber as the pirates are vaporized into thin air. 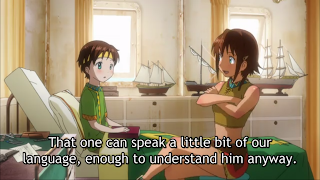 Okay, while the episode was not as interesting as the first, it was still pretty good. We don't get to see much of life on earth, aside from the fact that most of the story takes place on ships. I also felt like parts of the episode were rushed, such as the ending battle and the time Amy and Ledo spent together. Although it's only the second episode, the plot could've been written a bit better. 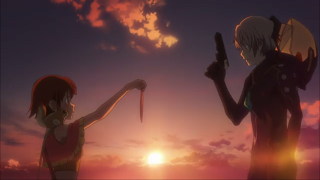 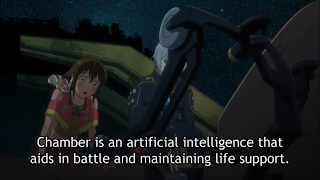 Outside of the negative aspects. We've been introduced to intriguing characters. We also learn a bit about the lives of Amy and Ledo. While Amy and Ledo are somewhat a mystery, they mean a lot to the story. Not just plot wise, but symbolism wise.
While Ledo comes from the stars, Amy originates from a wide open sea. Certain features represent the multiple aspects of the two. For example, Amy's tanned skin, brown hair, traditional attire, and sea green eyes represent the ocean and it's vastness. Ledo's silver-white hair, purple eyes, and futuristic attire remind us of space or space travel. The two characters, representing entirely different regions combine. Amy with her positive attitude, and Ledo with his seriousness and quick thinking, combine to make a pairing of great companionship. 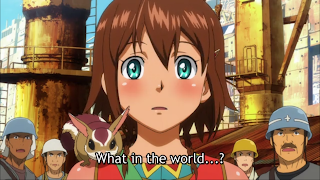 I hope for the rest of the anime, the story continues to build on these factors. There wasn't much of note in this episode, but in the next we get to see the aftermath of Chamber's carnage. 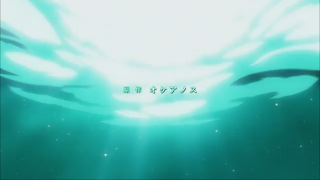 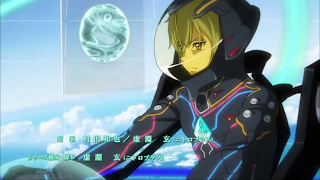 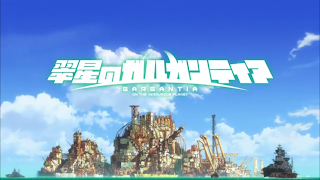 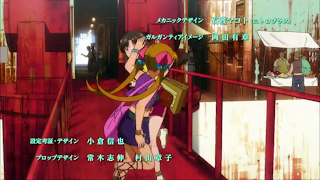 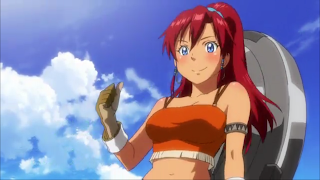 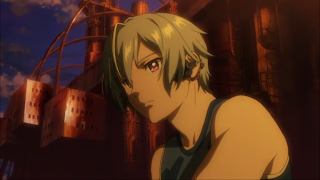 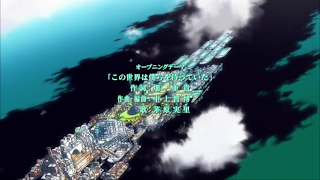 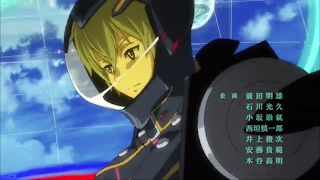 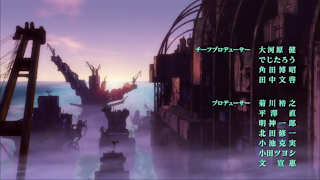 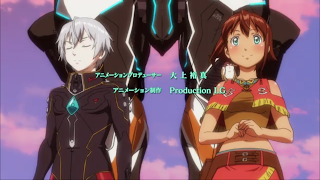 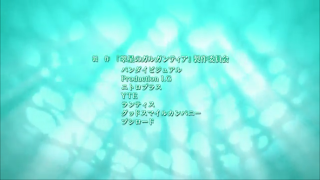 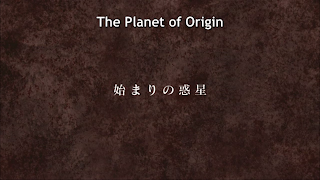 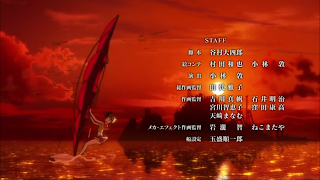 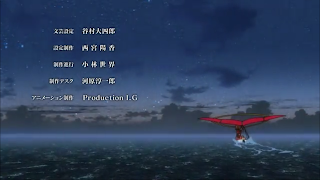