Lessons from Anime: Destiny is Something YOU Create

Do you believe in fated events? If everything in life was predetermined, from our personalities to our future, why would humans continue living? Why would we push forward when all we can accomplish is so much? The answer is simple, we're not bound by any special paths we have to follow.

I think we may have a few things that push us in the right or wrong direction, but everything isn't out of our hands. In fact, we could argue that we control everything that happens to us. Even with everything planned out and perfectly suited for us, simply making the wrong decisions can lead to ruin.

While I've always thought this way, this isn't the case for everyone. It's understandable to feel helpless. Even now I sometimes have doubts, especially when bad things happen one by one, it feels like I'm not in control. However, when I watch anime characters who struggle against the odds and ends life gives them, I see that life is what you make it. Not necessarily saying that bad things won't happen if we don't think they will, just that a person has the ability to make their life "ideal." 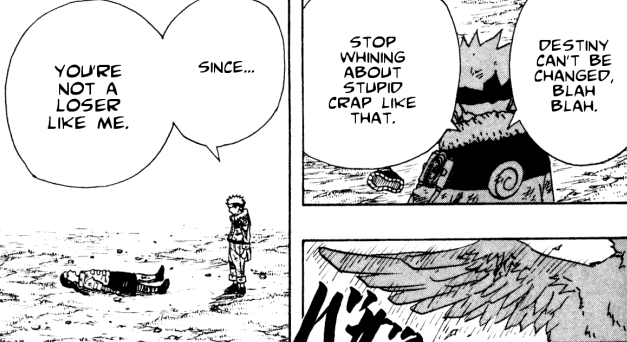 Anyone remember Naruto's fight with Neji? The whole fight was basically a struggle between someone who wanted to create their own destiny, and someone who felt their life was not in their hands. In the end, the person who believed that they could control their own path won. That was Naruto. Yes, I've heard people say that due to recent events, the meaning behind that fight and moment are wasted. Just hear me out a bit, I'm going to examine this a bit deeper.

So as we know, Naruto has been labeled as the "Child of Prophecy." Naruto came from two extraordinary parents, one being the a strong ninja and Hokage; the other was a powerful ninja and descendant of the Uzumaki clan.

With two great parents, most people would instantly think that Naruto was "destined" to become a great ninja. Yes, he probably was. However, we're overlooking a few key facts. Naruto started off as a failure. He could barely perform any jutsu correctly, had few real talents to name, and was hated by the majority of the village. Lets say Naruto didn't look at things with his "never give up" attitude. What would have become of Naruto? He would have ended up either in the hands of the Akatsuki or failed to become an official ninja. While he did fulfill his so called "destiny," this was only because HE made it possible. If anything, I feel that's what Kishimoto is trying to portray. 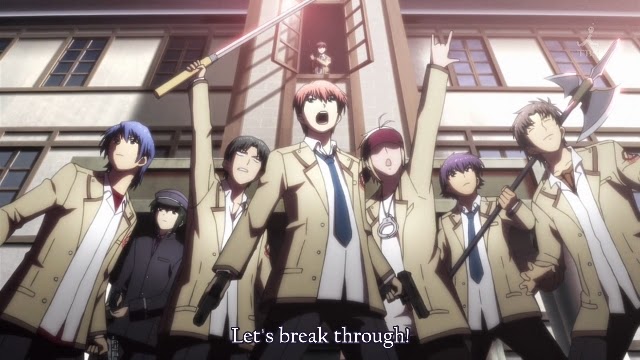 Angel Beats is another anime that addresses destiny, somewhat indirectly. We could say that all of the students were victims of destiny. We could even say that the school ground that exists after death, exists only for them; the people who weren't happy with the hand they were dealt and the effects of it. So instead of becoming a victim of fate, they take hold of it. Thus, they were given another chance, because they didn't settle for horrible conditions of living. They created this new life themselves.

So what should you take away from this post? Well, that's easy. I think the basic idea is that we're given certain traits or a "hand of cards" in the beginning of our lives. Now, while these cards vary in strength and abilities, we have the ability to accomplish anything with them. It depends on how we play with the cards were given. Like any card game, a skilled player can win even with the most useless cards. If we play them right, we can live good lives, if not we won't. This is how we create our own paths, our own lives, and our own destinies. Destiny is real, but its something that we decide for ourselves.
Anime inspiration Naruto Neji Otaku