As everyone probably knows, Omega Ruby and Alpha Sapphire has been released on the 3DS. Of course, the games sold well, as there are many Pokémon fans out there in the world. Although the game seems to be aimed at old players, there are a few newcomers at well. Luckily this time, we can easily connect and help each other out through the internet, as compared to the older days where guides and advice was hard to find.

With that being said, what possibilities does this open up? First, for both old and new alike, a few aspects of the game can be a little confusing, and there's a few helpful hints that everyone should know. Although there are a whole bunch of guides out there, the game is still new and fresh, so information may not have reached everyone in all corners of the earth.

So as of now, I'm going to be providing you a few tips and hints on the game. Even if you're a competitive pro, or a casual newcomer, check out this post, as there's a few things you can learn that will hopefully help your Pokémon life!

Use Super-Secret Bases to Your Advantage! 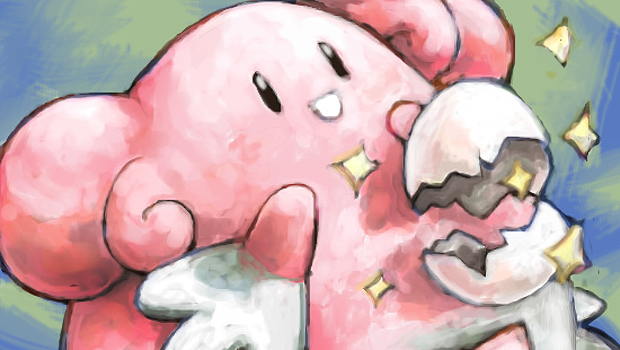 For those of you who have played the old Pokémon games, secret bases were a great addition. We were a little sad not to see them return in the newer games, but with these remakes, they have made another appearance. This time they are even better. With the immense Wi-Fi connectivity of the games, we can visit anyone's base, no matter where they are on the planet. This may not seem like much, but this creates a lot of possibilities for players.

One of the first things bases are used for, are a way to speed up training. Although leveling up is a lot easier than the old games, it can still be a tedious process if you're trying to train many Pokémon at once. What if there was an easy way to level up fast, with little risk or effort needed? Luckily for us, there's a way!

They're called Blissey Bases! Basically Blissey is an extremely bulky Pokémon that gives tons of exp. It would be hard to defeat this Pokémon on it's own, even harder if there are three of them, but with a convenient moveset and the power of a "toxic orb" it's easy. A group of kind people have created a set of bases specifically for this. You can find many different kinds here, but I encourage you to look around as well. All it takes to get these bases in your game is a QR code, but remember you have to wait until the next day to actually battle the Blissey teams. Plan accordingly! If you're interested in starting your own you can find some advice here.

Why? Well, it definitely becomes easier after you finish the story. You will have access to power items which boost the amount of EVs you obtain, a more convenient daycare for breeding, and access to other items which can be useful in your battling/training/breeding pursuits.

So instead of super training, there is the much better alternative known as horde encounters. Horde encounters are basically the process of battling five of the same Pokémon at once. This is much more effective for EV Training as it's faster and easier, since the chance of horde is now 100%. Take advantage of this and work smart, not hard!

Ever Heard of Global Link?

Surprisingly many people don't know about Global Link. It could be due to the fact that it's not talked about much in-game, or mentioned in many guides. No matter the reason Global Link is one of my favorite additions to the game. It should definitely not be overlooked.

As a short explanation, Global Link is an online website specifically for connectivity of Pokémon games. So far, the games using this feature are Pokémon X and Y, as well as Omega Ruby and Alpha Sapphire. You have to create an account on the website to take part in anything it offers. To send the rewards and prizes you win to your game, you must link your game card.

To link the two, you must go in-game and use the Player Search System on the bottom screen. After you've found that you must hit the button to the left of Wi-Fi which shows a list of options such as battle and trade. There will be one called Game Sync. Click that and you can begin Game Sync to receive a code specifically for your game. Enter that on your online website and you're all set!

Moving on, you might be wondering what is the purpose of taking part of Global Link? Well, it's basically a way to get all the news about new events happening for Pokémon, you can see the top players and online competitions, and also play a few games as well. The games aren't really much to talk about, but by spending Pokémiles. (earned via trading, and doing things in Pokémon) you can get some pretty decent items for you game. So it's best to sign up and take part of this as soon as you can! That's all for now! I encourage you to take a look at a few other guides and resources for other hints and tips that I've missed. Who knows, you might just become the next Pokémon Master. Until then, enjoy Pokémon!
Advice Alpha Sapphire Nintendo Omega Ruby ORAS Pokemon Video Game