My Favorite Anime (Recommendations for Readers) 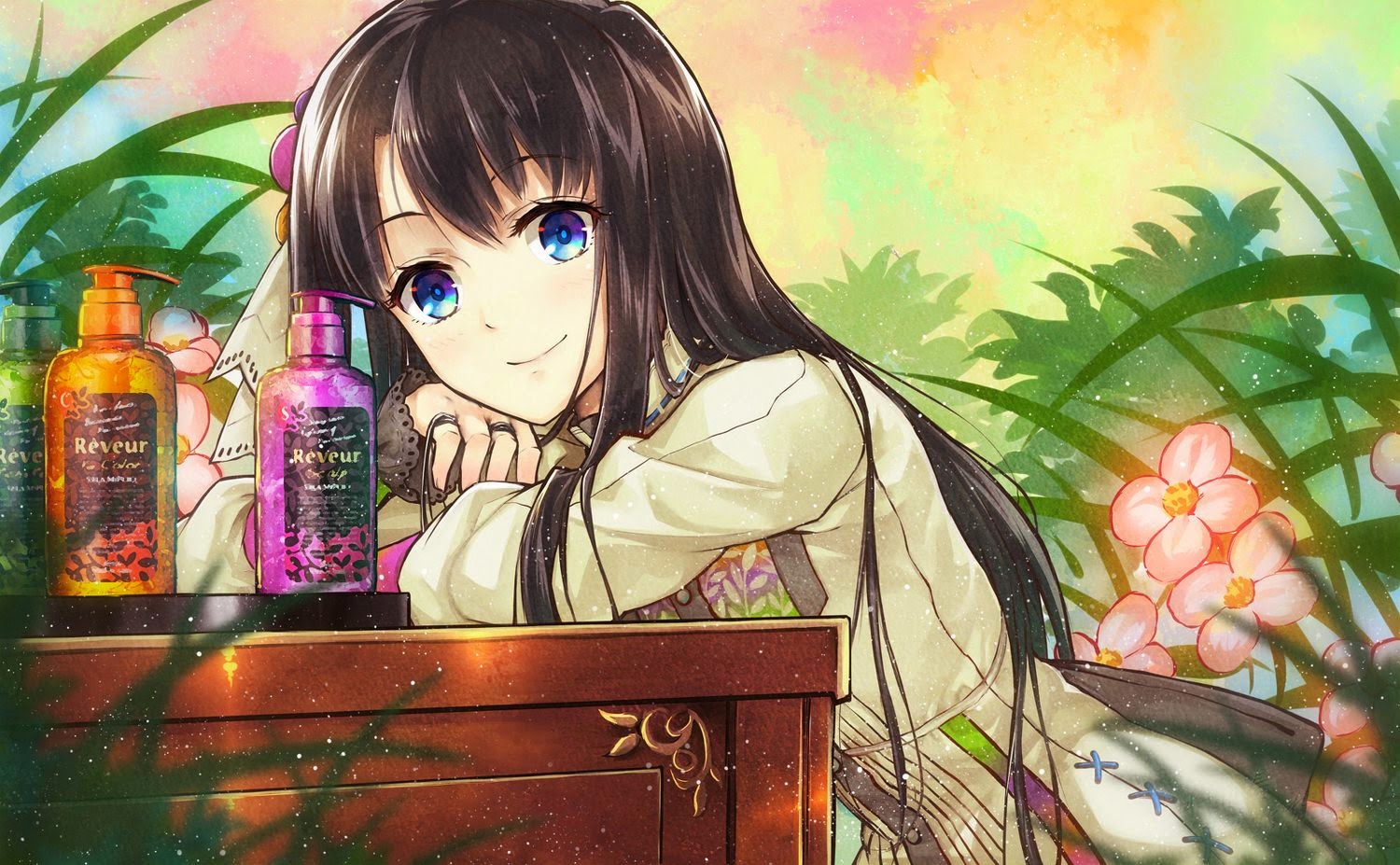 Everyone has a favorite anime, or a list of anime that they really like. While we debate about favorites and sometimes dislike others, I thought it'd be a great idea to share a few of my favorite anime with my readers. It's not only as a way to get to know me better, but as a list of recommendations for those who happen to stumble upon this post.

In order to keep this post easy to view and read, I'll just post a picture of my favorites accompanied by a title, a link to the My Anime List page of the anime, and a little summary of why I enjoy it. I'll try to keep these thoughts to about a paragraph of length so this post isn't text heavy.

As forewarning, if you don't like the anime I'm about the post, it's completely okay. All I ask is for readers to respect my favorites. Also, I love discussions, so I would like to hear from people who feel the same or people who feel the opposite. Don't forget to share your favorite anime as well if you have any! With that aside, let's get on to the list! 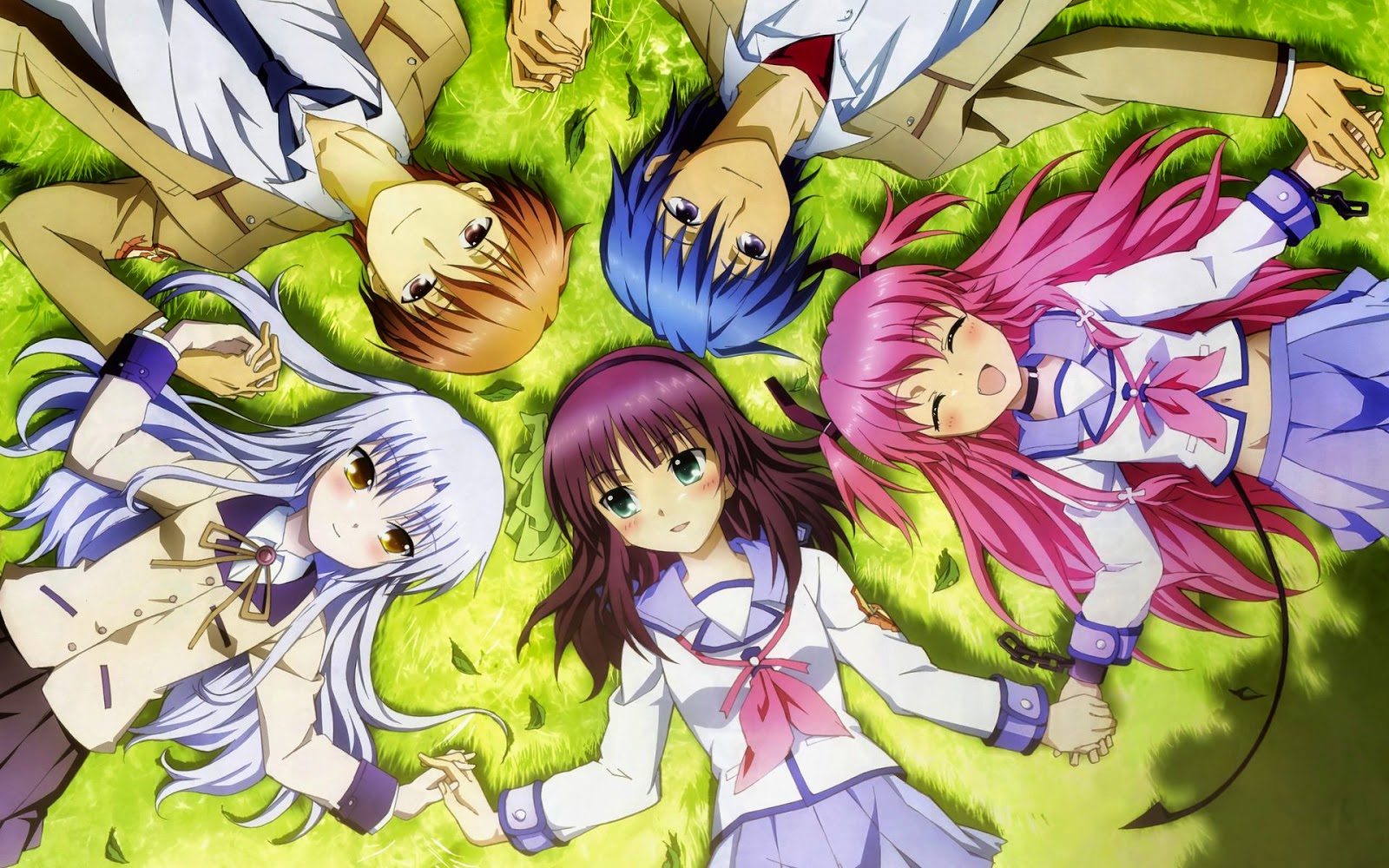 Angel Beats, an anime with an amazing story, and even greater ending. I was moved greatly by this anime, and it left me feeling a whole lot lighter than before. It was almost as if a whole weight was lifted off of my shoulders.

Some people say this anime is very sad and depressing. If you interpret it in a certain way, then yes it is. To me, it was very inspirational and moving. A depressing anime makes me feel bad afterwards, but an inspirational one makes me feel better. With Angel Beats, I definitely felt better. Unfortunately, I can't say much more about the anime without spoiling it, so please watch it if you haven't already! 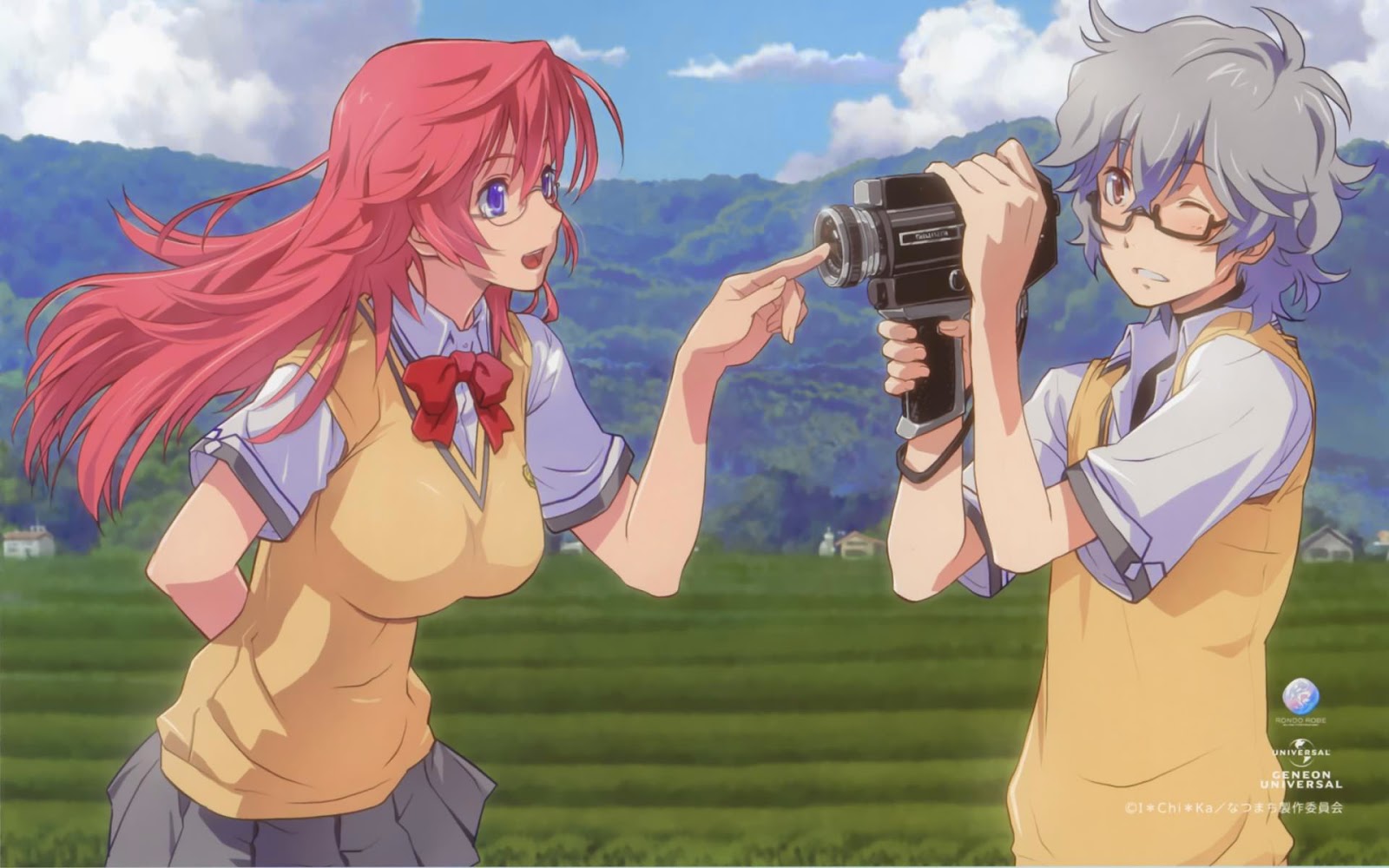 Ano Natsu de Matteru has an amazing heroine and hero. Both of them wear glasses, and both are pretty likable. What more could I ask for? I  discovered this anime by mere chance when browsing Crunchyroll, and the red-haired glasses wearing heroine drew me in. I didn't expect much from the anime when I first saw it, but it instantly grew on me. I liked the theme of photography, as well as their interpretation of memories. Who knew a simple story about a few high school students creating a movie, would turn into such a great anime?

All in all, this anime basically taught me that sometimes our greatest likes can come from places we don't expect, so it's alright to try something new. I also learned that if people leave you, from death or any other predicament, they aren't necessarily gone. You still have the memories of that person in your heart, so they will always live on inside of you. Like most of my favorites, there's a lot of lessons wrapped inside this masterpiece. 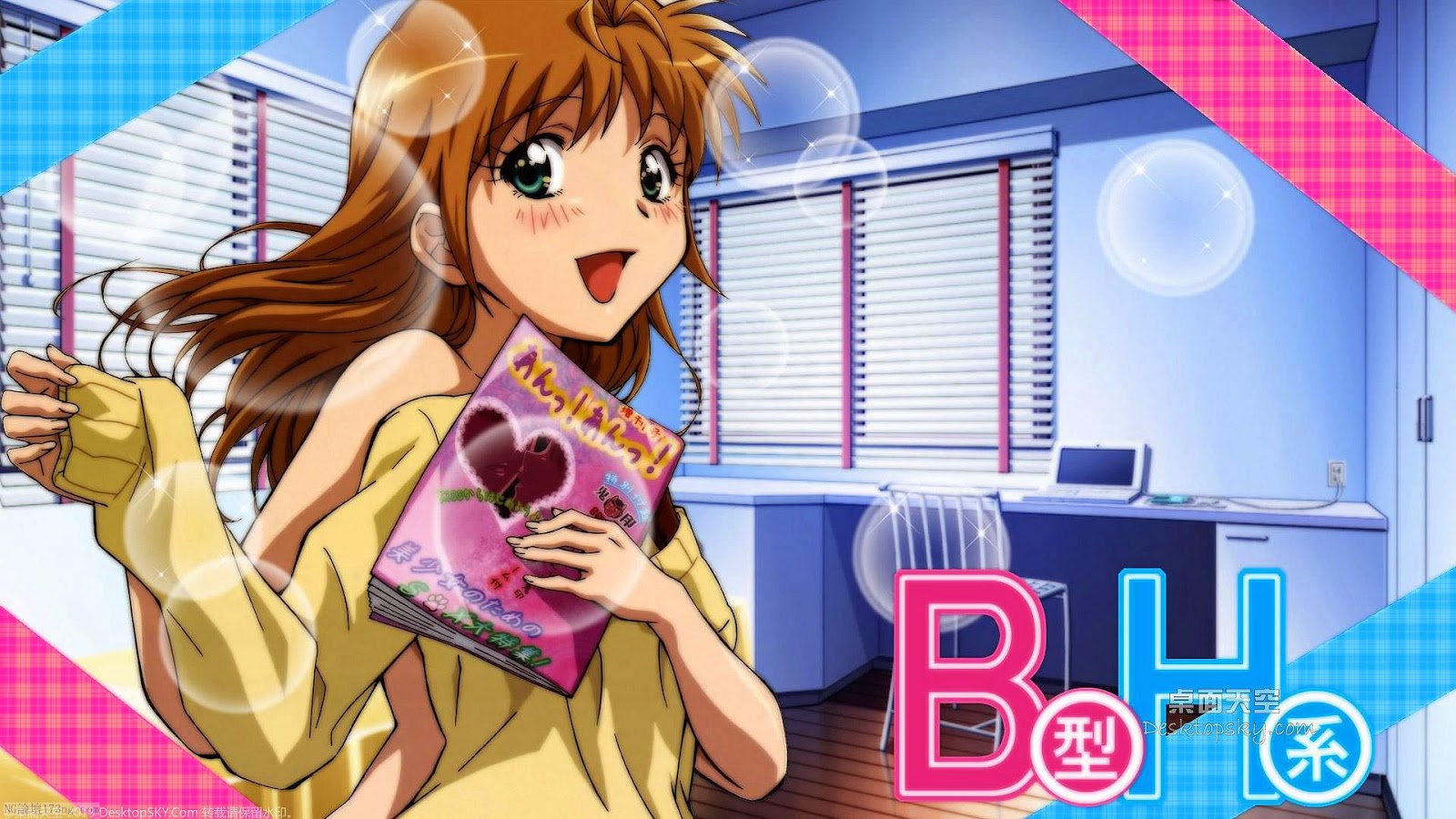 Many of you who read this might wonder what this anime is doing on my list. Well, that's actually a pretty good question. At first glance, B Gata H Kei looks a little crazy. If you're unsure what I'm talking about, just take a peek at the anime summary. It definitely isn't anything most people would pick up and watch. However, this doesn't mean you shouldn't give it a chance.

First of all, Yamada is an amazingly unique character. Actually, I can say that I haven't found an equal as of now. She's intelligent, but simple. Confident, but somewhat shy. Her traits contradict themselves, but I think that's what makes her likable. The thing that really stands out about Yamada and this anime, is that they both seem to be straightforward and simple, but they're really not. I know some people will be put off by the ecchi, but I really recommend at least trying out this anime. 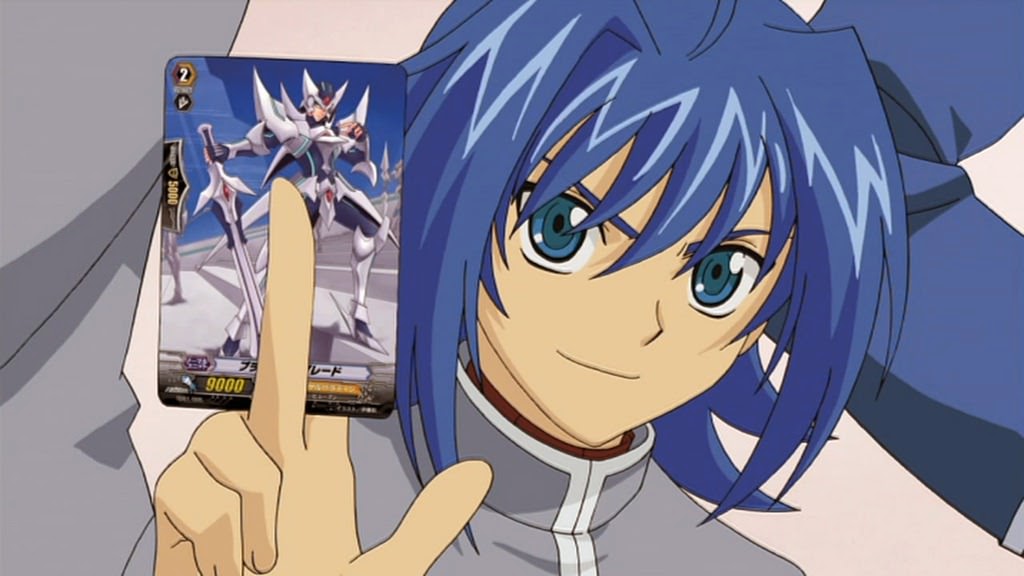 The fourth anime on the list, is Cardfight!! Vanguard. Vanguard, which can mean one who leads the way, is a Yugioh-like anime that teaches the card game to viewers through the story. Even if you're not willing to learn, the anime has a colorful cast, great music, lots of excitement...it's a lot of the typical shonen traits.

The thing that really stands out in Vanguard is probably the protagonist. The protagonist is the complete opposite of what you'd expect. He's not blunt or straightforward, he's not confident, and he's not even hotheaded. He's almost girly in a way, and on top of this he doesn't even win all of his matches. He loses most of them, but that's what makes the anime so interesting. If you like card games, but portrayed in a different sense, check out Vanguard. You won't be disappointed! 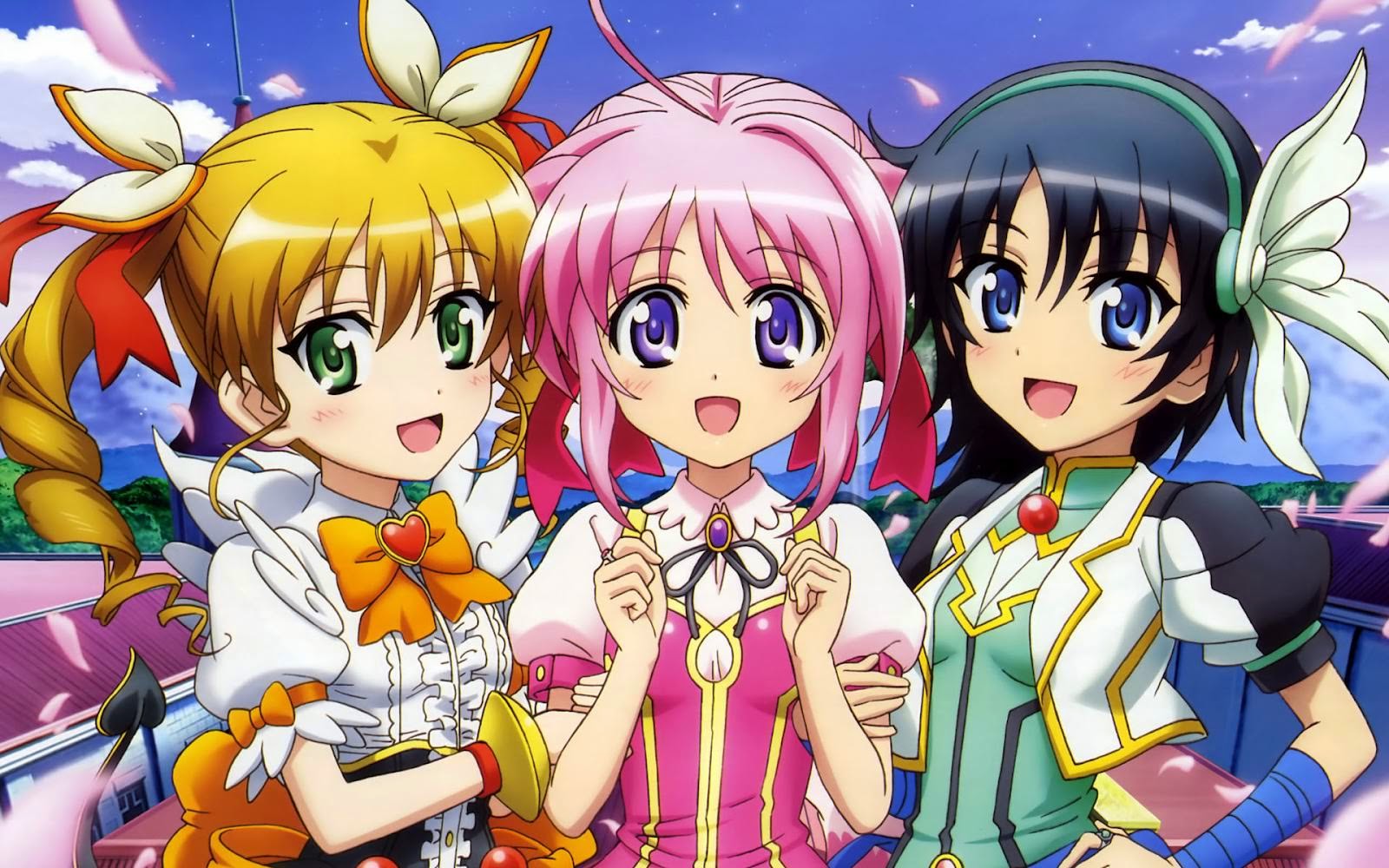 Imagine being transported to a world of fantasy. You venture through a kingdom filled with magic, castles, warriors, and...anime characters that have animal traits?! Dog Days has a world built completely around fantasy, but it's a great anime nonetheless.

The interesting side of Dog Days is the take on a world where battle and war isn't dangerous. The three kingdoms, one containing squirrels, another cats, and finally dogs, do battle with each other on a regular basis. When the commons soldiers are defeated they turn into small fluffy versions of their respective animals. The others, usually the main characters, are basically defeated by armor or weapon breaking. It gives us an enjoyable side of war, which is rarely seen. Although it may be looked down upon for it's unrealistic story, Dog Days is a great anime to watch to relax, or just for the goosebumps and chills you get when seeing the characters in action. 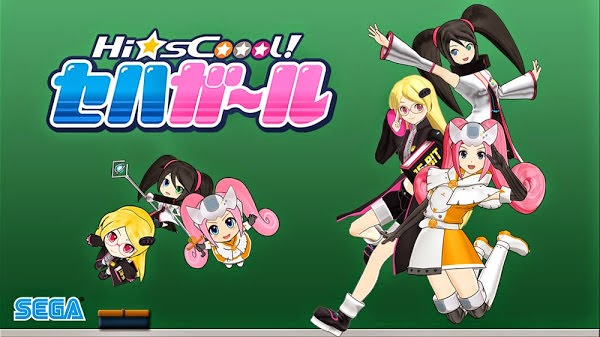 Hiscoool! SeHa Girls is a recent addition to my favorite list. The anime came out last season at the time I'm writing this post. (Fall 2014) I know that there are many anime that are based on video games and other such things, but I've never gotten into them too much. However, SeHa Girls was too much to resist.

On top of being a huge Nintendo fan, I'm also a big fan of Sega as well. So going through all the different games, seeing many old characters in action again, and getting to watch the Sega Hard Girls adventure and interact, was an amazing experience. This anime made me laugh, it made me smile, and it even made me cry. Again, I recommend this anime to anyone who is a gamer, because it's just great! 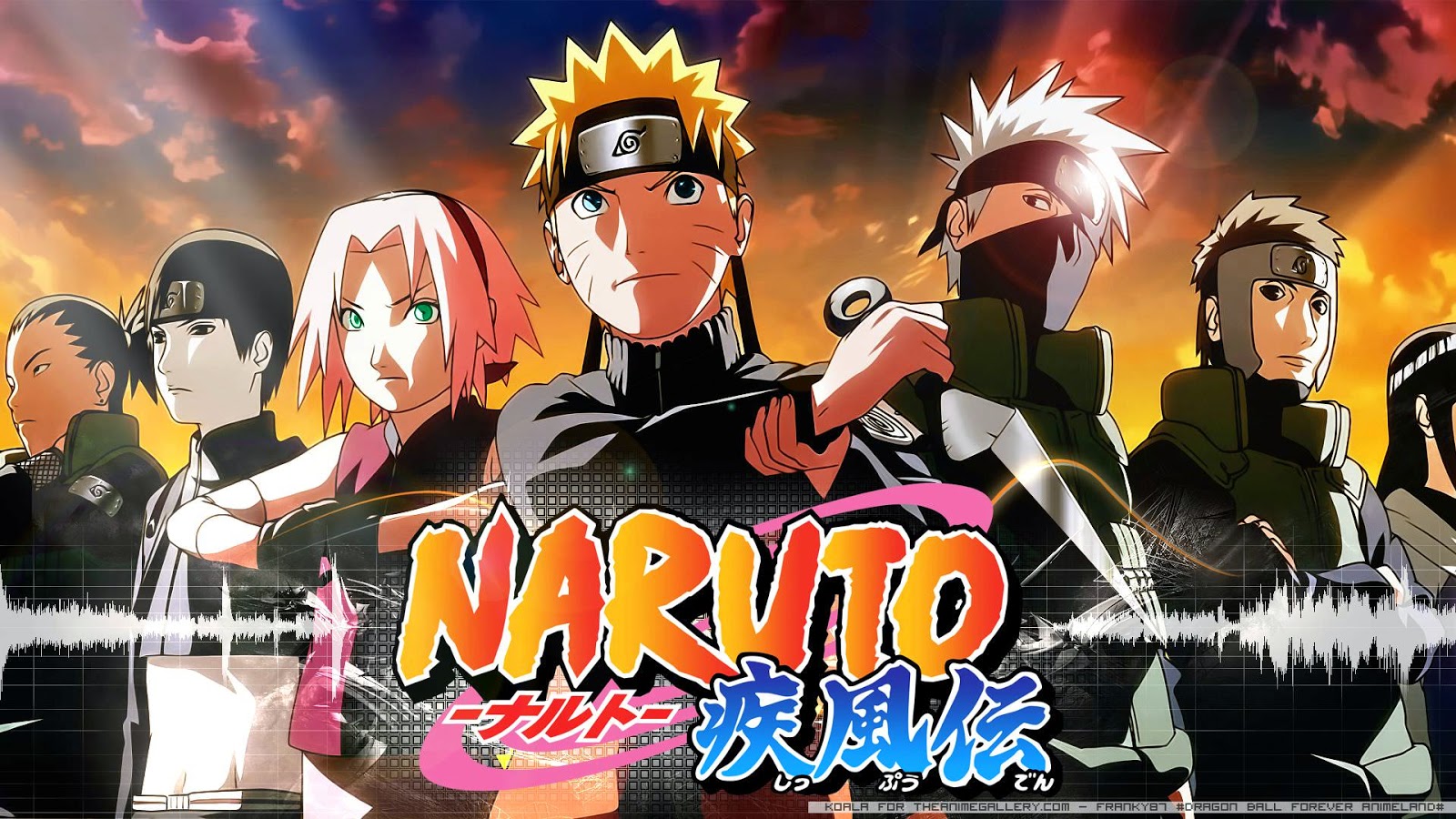 What makes Naruto so special you might ask? I'm not really all that sure; I just know that I learned many things from this anime that seemed to be absent in others. Naruto was the first anime to really click with me, and it's the only one that leaves me with no complaints. Although Naruto has ended, it's never too late to watch the anime that's still ongoing, or even read the finished manga. Get into Naruto now so you don't miss out on a masterpiece! 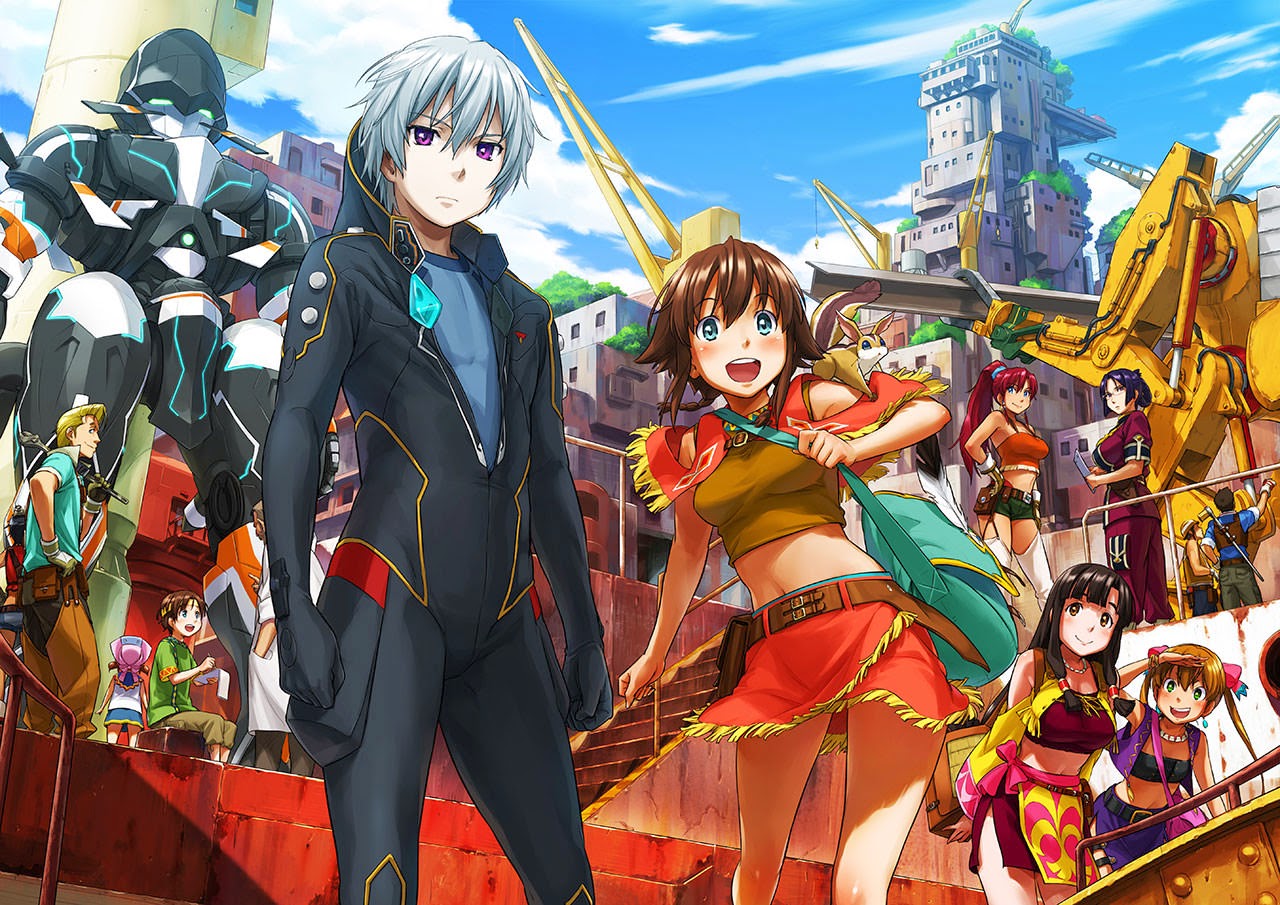 Last, is Suisei no Gargantia. This anime was one of the first I watched when starting my writing career. It's created by the same man who did other :successful" series such as Madoka, except it's a little different. I had planned to do an episode by episode post on the series, but I couldn't avoid watching it all in one night due to it being so good.

Suisei no Gargantia also has a weird feel to it. It's a normal anime, but at times the beautiful animations makes it feel like a movie. I liked that the anime actually took into account language differences and cultural differences, and showed the ways that humans can communicate and interact despite having different morals and values. It also taught viewers that there's a value to everyone's life, no matter how evil or corrupted they may be. It's not good to kill, even if the action seems like the best solution.

That being said, Suisei no Gargantia will forever stick with me as being one of my favorites, along with all the other anime in this list. I have a few others that are of notable mentions, but they just didn't feel right to put on my list. So if you're interested in them, stay tuned as I might make another list to feature these anime!