Do We Control Anime? 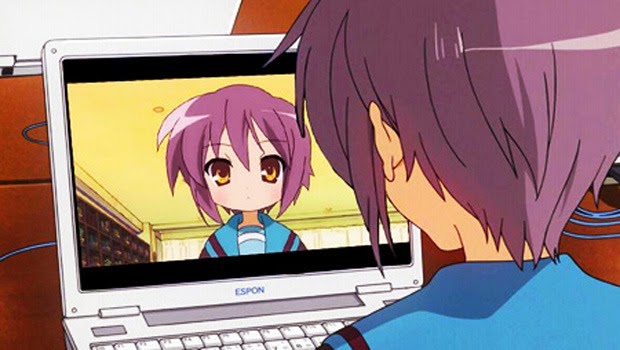 Try to imagine a time where there were no such things as Crunchyroll, Funimation, or other internet providers of anime. It was an older era, where you could find various anime episode scattered on websites such as YouTube or Dailymotion. This was one of the times when many series were unknown to you, and most anime was seen on TV.

With this in mind, in such a time we had little to no control of anime we watched. Sure, we could just change the channel and tune into what we wanted, but there was no way for us to pick and chose from a list of anime. We had Pokemon, we had Naruto, Dragon Ball Z, Sailor Moon, Yugioh, and more. These anime are the ones that pretty much everyone knows, because that's what was given to us to begin with.

Now what if we were given different series? What if Dragon Ball Z didn't air on TV? What if we had watched a completely different anime at the time? There's no telling how it would have affected our lives, as anime fans of course.

So instead of what could have happened, let's look at how anime works now. We have a luxury here, in America, where we can subscribe to a service and watch anime anytime and anywhere. We have television channels that show anime all day, and even those allow you to pick what you want to watch on demand.

In sense it feels like we've moved from an era of anime out of control, to an era of anime in our control. While this could be seen as a good thing, it could be potentially harmful as well.

For one, viewers now don't have to watch any series, but only a series that they chose. So this eliminates the viewer's exposure to a lot of anime, which means they could potentially miss out on ones they might like, just by judging a book by it's cover. This also could hinder the viewership of certain series that are less popular or appealing via appearance or description.

On the flip side, this kind of control could be helpful to the audience. Some people cannot absolutely stand a certain genre, so giving the viewer the freedom to pick and chose is great to avoid those. Others rarely watch anime or are very busy, so they are able to view it whenever they have free time.

No matter what side we look at, the fact still stands that we have more control over anime, and what we watch in general. So as compared to before, where anime was mostly out of control, now we can control almost everything about it, except maybe the creation itself.

So while the producers make anime for us, the consumers, we might have a similar amount of control as they do. With control comes power, and with power comes other such responsibilities. We have the power to choose, but that power itself can be a little overwhelming, especially for someone just getting into anime.
Anime Community Editorial