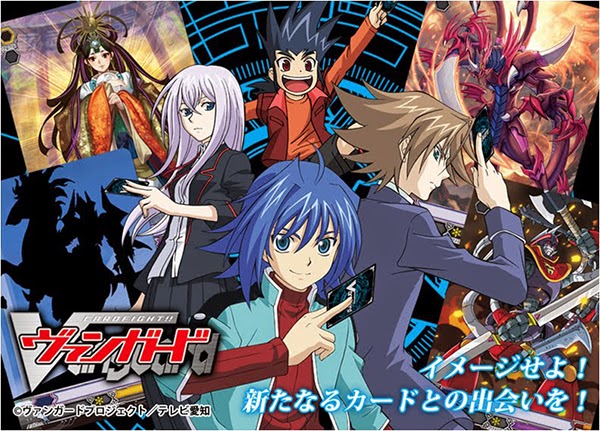 During my time as a sick person, I started re-watching the first season of Cardfight!! Vanguard. While the anime focuses on card games, there's a good amount of life lessons that are hidden amongst the card-filled action.


A few Vanguard spoilers may be ahead, tread carefully.

If you've ever played anything that's competitive, you'll surely know that losing hurts. When we try our best and hope to win, it's very disappointing to taste defeat. So what do we do to correct this? We try again. However, if that doesn't work then what would we do? Perhaps, try to become better/stronger/more skilled at what we're doing. Yet, by doing this excessively we tend to lose sight of the real reason we started in the first place.

I can say that I've run into this problem a lot before. I started playing fighting games about three or four years ago. When I picked up BlazBlue as a beginner the game felt really fresh and new, and it was fun despite the fact that I didn't know what I was doing. I learned as much as I could, hopped online and began to play. To my despair, I lost practically every battle.

Later, after much practice I began to improve. Suddenly opponents weren't so hard anymore, and I was actually winning. Then I encountered what everyone knows as the "professionals." They completely crushed me, despite my best efforts. I was only left yearning to become a strong player; strong enough to defeat anyone and everyone, but this way of thinking led to my doom.

After this experience I continued to play. Yes, I did in fact become stronger, but it wasn't the strength I really wanted. The game became more frustrating; and if I didn't win or see any improvement it made me want to rage. In an effort to become the very best and beat the ones who beat me, I lost the joy and happiness the game brought.  I remembered BlazBlue was a game to be played for fun.

Unfortunately, Aichi Sendou from Cardfight!! Vanguard, fell prey to this same way of thinking. Except to him, he didn't only lose the fun; his actions started to affect his very health and well-being. He began to pass out after every match, and treated his opponent in a negative fashion. The power he used to practically cheat and beat every opponent, Psyqualia, gave him an unfair edge over every fighter. While he gained immense strength, presence, and ultimately a high win record, he lost himself in the process.

This continued until he was matched with someone who had true strength. This person was Kai Toshiki, a friend of Aichi and one of the reasons he wanted to become stronger. Kai being an expert duelist had witnessed the same happen to another friend of his. He was too weak to stop his friend at that point in time. However, this time he had the strength he needed to bring his friend back.

Long story short, he was able to stop his friend before he fell too far. Aichi returned back to his normal self and started relying on his true strength within instead of external sources of power. Kai accomplished this by showing Aichi the meaning of true power, and teaching him to enjoy the game again.

While Vanguard might just be a card game and an anime, I feel there's a lot we can learn from this. In life we take a large amount of shortcuts. We search far and wide to find the power to make things happen. The truth is...that we can make things happen as we are now. We don't need a lot of money, the best equipment, or superfluous amounts of followers. The power to make changes and succeed is in everyone, it's just deep within. It's just a matter of finding that power and harnessing it. We also can't forget to have fun along the way. This is what I believe Vanguard is trying to teach us.


What are your thoughts on true strength and the power within? Are there any other anime that portray a similar message?
Aichi Sendou Cardfight!! Vanguard Editorial Kai Toshiki