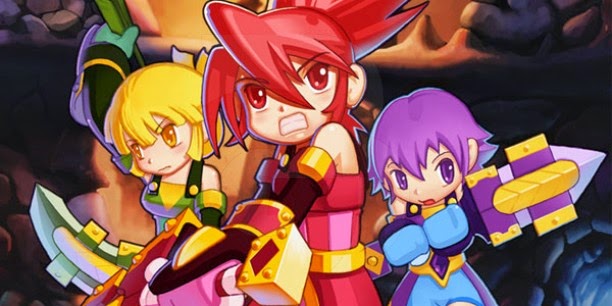 Hello everyone! If you haven't checked out my recent blog update or if you aren't following my twitter, then you probably don't know about my new posting schedule. Before, I would post at completely random times. While this was pretty convenient for me, I can understand the troubles it might cause for my readers. Therefore, creating a consistent schedule is best for you guys! Hopefully you'll tune in the following Mondays, Wednesdays, and Fridays! (Weekends Vary) Anyways, on to the sharing!

With college being done for now, I'm involved in gaming again. Currently I'm into MMOs again.(Massively Multiplayer Online Games) As a middle school student I would spend many days playing different games and going on wide adventures. Picking up a laptop was like entering a new world. In a way, you could say this started my interest of anime. I've decided to write this post today, because I wanted to share with you one of my favorites, Grand Chase. 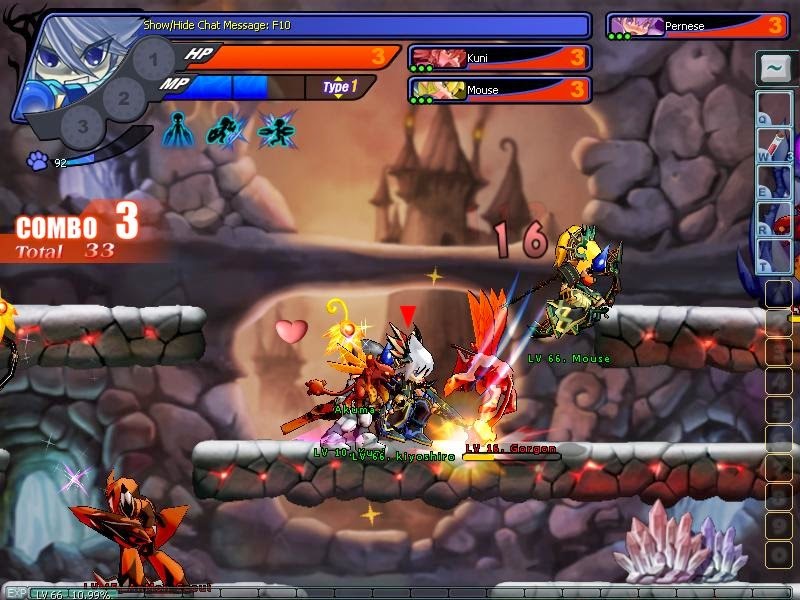 While many know it's successor, Elsword, Grand Chase is a bit different. Grand Chase is a Korean MMO. I would describe the game as being 2.5D instead of 2D or 3D. Instead of featuring a wide world to walk around or an anime-like flat plain; the game uses 3D characters in side-scrolling dungeons. Controls consist of the arrow keys to either jump, move down, or walk left and right. The Z and X buttons are used to attack. ASDFG are used for specials. Dungeons are filled with floating platforms like you'd see in a Mario game. There's a wide cast of characters, each using unique weapons.

The old Grand Chase servers had originally closed down, but the game has reopened again. It's free to play always with a few premium features, such as armor and weapons. 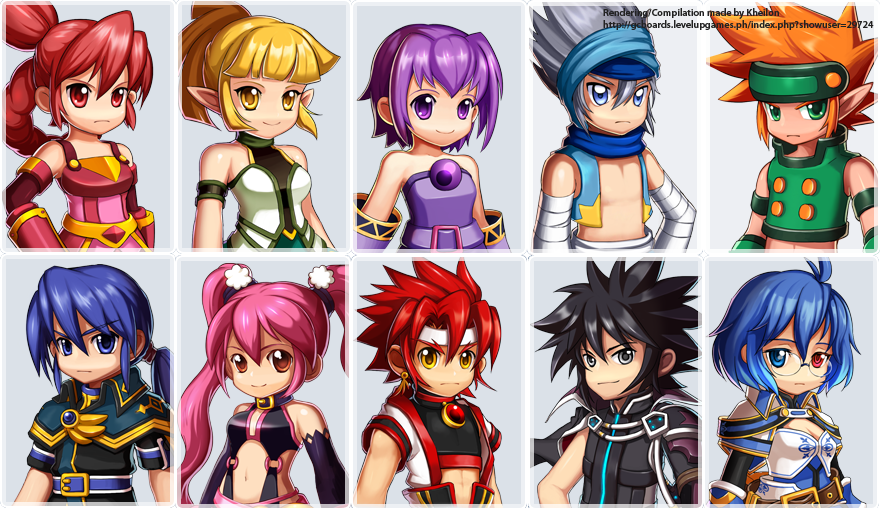 I remember loving Grand Chase because of it's unique feel. I had played many MMOs, some feeling like copies of others, and most being a grind fest. However, Grand Chase never felt that way to me. While grinding was a necessity at certain points, it never became boring. The game wasn't at all balanced, but something about it was fun.

I urge you all to try out Grand Chase if you have the time. While the game isn't really great for someone who wants a balanced system, it's relaxing and lots of fun. The voice acting isn't top-notch, the graphics may look a bit old compared to others, and it might feel closed and clunky. Despite all of this, if you can learn to look past the surface, you'll definitely enjoy it!
Anime Grand Chase Lets Share MMO Video Game